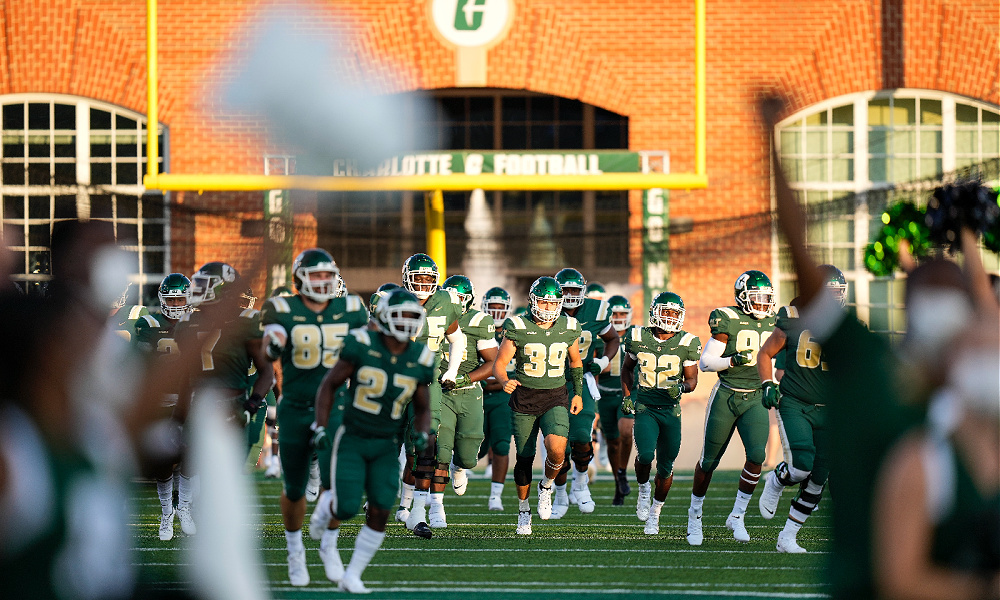 Baylor College Football Preview 2022: Team breakdown, season prediction, keys to the campaign, and what you need to know

Cal College Football Preview 2022: Team breakdown, season prediction, keys to the campaign, and what you need to know

Central Michigan College Football Preview 2022: Team breakdown, season prediction, keys to the campaign, and what you need to know

Boston College Eagles Preview 2022: Previewing, predicting, and looking ahead to the Boston College season with what you need to know and keys to the season.

Boston College continues to be stuck in the land of the okay.

From 2013 to 2018 the Eagles won seven games five times in the six years. They were steady, consistent, and they couldn’t seem to break through and do a whole lot more.

Now they’re on a run of three straight six-win seasons, but to be fair, COVID had something to do with that – they haven’t been able to play in either of the last two bowl games they’ve been eligible for.

In Year Three under head coach Jeff Hafley, is this when Boston College can go from just okay to more of a player?

It won the first four games of last year and dropped six of the last eight once ACC play started. An injury to QB Phil Jurkovec had a lot to do with that, and now the experience is there, the talent level has been built up, and there are positives to build on. However …

The offense was the worst in the ACC. It averaged just 350 yards per game, the passing attack went in the tank after Jurkovec got hurt – his return from a hand injury wasn’t enough to help – and there wasn’t the ground game in place to make up for it.

Jurkovec is back, and he just might be the difference-maker for a pro style attack that would like to speed things up a wee bit. A good pro prospect, there’s a chance Jurkovec does for the Eagles what Kenny Pickett did for Pitt last year. That might be asking a lot, but the talent is there to crank up the downfield attack.

The receivers are going to be great. Zay Flowers is one of best returning wideouts in the ACC, with the ability to be a volume catcher as well as a deep threat. Leading receiver TE Hunter Long is gone, but the rest of the corps is loaded with veterans and Notre Dame transfer George Takacs helps the tight end situation. However …

The offensive line needs a reboot. The parts to the passing game are great, the running backs were fine even after David Bailey left for Colorado State last year – Pat Garwo can handle the work again – but the offensive line is all but starting over.

The defense did what it could considering the offense didn’t provide enough help. The Eagles finished fourth in the ACC in total defense, was third in the nation in pass D, and even though it struggled at times against the run, it was a good season overall.

There has to be more of a pass rush and more plays behind the line, but seven starters are expected back with enough talent and depth to be even stronger.

It starts with the defensive front. A bit by design, this isn’t an attacking group that’s going to take a whole lot of chances to get into the backfield. However, there should be a decent rotation in the interior and leading sacker Marcus Valdez – just five sacks and seven tackles for loss – returns on one end.

Leading tackler Kam Arnold and good-hitting all-star safety Jaiden Woodbey are back in a strong back seven. The safeties are big, the corners can do a little of everything, and if the pass rush is just a wee bit better, one of the best pass defenses college football will do it all again.

Keys To The Season | Season Prediction, What Will Happen
Top 10 Players | Schedule & Analysis

Get the passing game going again

The Eagles have an NFL quarterback in Phil Jurkovec, and they’ve got the wide receivers and options to take the offense up a few notches. Now it all has to work.

There were times when the offense didn’t turn it loose because it didn’t need to, but there were too many times when the passing game wasn’t effective enough. Jurkovec was hurt for most of that time, but only hitting the 200-yard mark in two of the final ten games wasn’t okay.

Generate more plays behind the line

It’s not really the design of the defense to go all out to get behind the line, and the results have been fine. Of course, it would be nice to come up with an occasional tackle for loss, though.

The Boston College pass rush hasn’t done much since the 2018 version had Wyatt Ray and Zach Allen going off. Even so, the 55 tackles for loss and 21 sacks last year weren’t good enough.

The production kicked up late with three sacks in four of the last five games, and now it has to carry over.

OG Christian Mahogany, Jr.
The offensive line isn’t totally starting from scratch. It’s going to be just fine with a little bit of time, but losing four high-end starters is a problem. The 6-3, 335-pound Mahogany earned second-team All-ACC honors from his spot at right guard, and now he’s the veteran anchor to build the front five around.

TE George Takacs, Sr.
Trae Berry came up with 21 catches for 362 yards – second-most on the team – with four touchdowns in a strong season. The tight end is gone, but Joey Luchetti is back with great size and a decent mid-range game, but adding the 6-6, 247-pound Takacs from Notre Dame is a huge help.

He only caught eight passes for 78 yards and two scores with the Irish, but now he should be more of a featured target.

Louisville, Oct. 8
Where will the Eagles be at after the first part of the season? They should be able to beat Rutgers and Maine, and they should at least split the road games against Virginia Tech and Florida State if everything is going right. Throw in the home game against Clemson, and they should be 3-2 or 2-3 when Louisville comes to Chestnut Hill.

There are plenty of winnable games over the second half of the year, but lose to Louisville and it’ll be a fight to get to six wins. Win, and with two weeks off to prepare for Wake Forest there should be hope for seven wins or more.

Boston College Eagles Season Prediction, What Will Happen NEXT

This should be one of the most interesting teams in the ACC if the offensive line can quickly come together.

The skill parts are set, the defense has more than enough talent and experience, and the special teams should be just fine. Now the program has settled into Year Three of the Jeff Hafley era, and now anything less than an easy run to a bowl game will be unacceptable.

There’s a shot Boston College becomes this year’s Pitt if everything breaks right.

The two nasty ACC games against Clemson and NC State are at home – the road date at Notre Dame doesn’t really matter – and there’s a week off before dealing with Wake Forest.

Going on the road to face Florida State and Virginia Tech will be difficult, but if BC can somehow come up with a split, and if they can pull off an upset against either Clemson or NC State, it could be right in the thick of things.

If this is going to be any sort of a good season, beating Rutgers in the opener is a must. Maine, at UConn, and Duke have to be easy wins, and getting by Louisville and Syracuse at home should be part of the total.

Assume a base of six wins in some configuration and go from there.

Baylor College Football Preview 2022: Team breakdown, season prediction, keys to the campaign, and what you need to know

Cal College Football Preview 2022: Team breakdown, season prediction, keys to the campaign, and what you need to know

Central Michigan College Football Preview 2022: Team breakdown, season prediction, keys to the campaign, and what you need to know