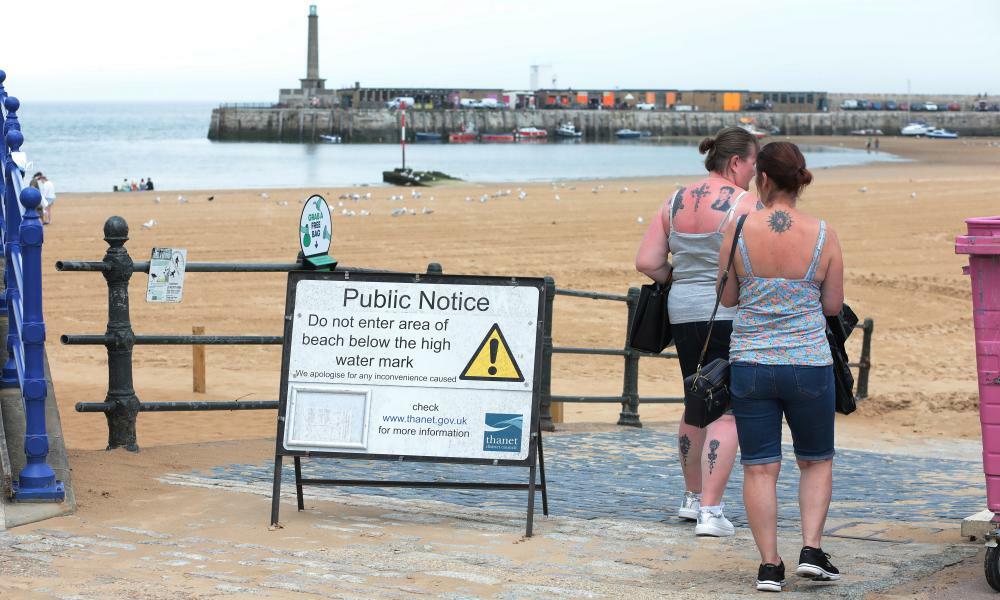 A water company boss has told MPs he would swim in the rivers and sea in the area where he lives, as he and others were challenged over “routine” dumping of raw sewage.

The heads of the five largest privatised companies – Southern Water, South West Water, Northumbrian, Severn Trent and Thames Water – were questioned on Wednesday over discharges of raw effluent into rivers.

Just 14% of rivers in England are rated as of good ecological status, and MPs have heard that a “chemical cocktail” of pollutants is damaging waterways.

In 2020 water firms discharged sewage into rivers via storm overflow pipes more than 400,000 times. Pressure has been growing to end the use of rivers as dumping grounds.

The Environment Agency supplies permits to allow discharges into rivers after extreme weather to relieve pressure on the system.

But Philip Dunne, the chair of the environmental audit committee, said discharges were only supposed to take place in exceptional circumstances. He asked the water bosses: “Do you accept that sewage spills have now become routine and not exceptional?”

Liv Garfield, the chief executive of Severn Trent, disputed the terms he used. She said: “Do we have raw sewage spills into our rivers? No, we don’t. If the question is do we have spills which are permitted, then yes we still have too large a number of those.”

Davy did not provide figures. She said: “Work we are undertaking is to investigate why those spills are taking place.” She said there had been a 20% increase in the population and 50% in tourism in the region, adding to pressures on the system.

According to the Rivers Trust, releases of treated and untreated sewage by the water sector contributed to more than half of English rivers failing to achieve good ecological status.

Ian McAulay, the chief executive of Southern Water, which was fined a record £90m this summer for deliberately spilling billions of litres of raw sewage into waterways, said he would swim in rivers and the sea in his area.

He was not asked whether he had taken to the sea last week when the public were warned not to swim at 14 beaches across parts of Southern Water’s coastline after the company discharged sewage from a pumping station at Broadstairs.

Last weekend hundreds of people protested in Whitstable at the continued dumping of sewage by Southern Water. In June, leaks from treatment plants closed beaches in Thanet, Kent for several days.

McAulay said the malfunction that led to the Broadstairs spill was fixed in two hours. He said: “We walked the beach on all 14 beaches for a period of six days. We had some wash-up on Joss Bay. The other beaches did not have wash-up, but it is still not acceptable.”

McAulay said 98% of storm overflows were now monitored and he blamed the “behaviours” of past management for the activities that had led to Southern being fined £90m.

When asked by the committee what had been done about that internal culture, McAulay said: “We have focused very hard on that; customer and the environment come first.”

Dunne said fines for water companies polluting rivers were typically less than the salaries of the chief executives in front of him. He asked them to consider how their boards might be made to take more notice of pollution, which he said was a serious concern to the public.

Heidi Mottram, the chief executive of Northumbrian Water, said: “Protecting the environment is at the heart of what we do.”