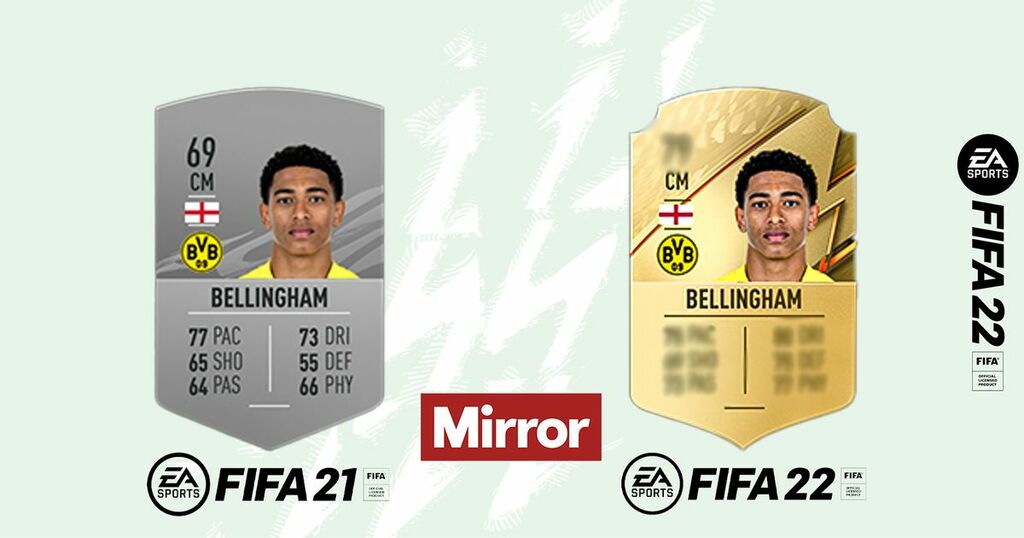 With EA Sports' FIFA 22 set to be released on October 1, 2021, the rating of Borussia Dortmund starboy Jude Bellingham has been leaked this morning, adding to the anticipation ahead the game's release.

With under a month until games release, EA Sports are yet to announce any ratings for FIFA 22 apart from the newest additions to FIFA 22 Ultimate Team, FUT heroes, with former Premier League club heroes Ole Gunnar Solskjaer, Tim Cahill and Robbie Keane all having their ratings outed over the last couple of days.

On his Instagram story, Bellingham uploaded a short video with his FUT 22 card and images of himself with the caption " Up by 10! Not bad, @EASPORTSFIFA."

Bellingham's +10 upgrade on his overall rating has been massively deserved after his stellar first season for Dortmund, where he also earned himself a call-up to the England EURO 2020 squad at just 17 years old.

The former Birmingham City man's FIFA 22 card has received a +10 overall increase from 69 to 79, making him a gold-rated card for the first time in his career.

Despite his gigantic upgrade, the midfielders pace stat dropped from 77 to 75, the only decrease on his card.

Paris Saint-Germain forward Kylian Mbappe's rating was also leaked earlier this morning on the Frenchman's Instagram story, with the FIFA 22 cover star receiving an upgraded 91 rated card in FIFA 22, making the 22-year-old undoubtedly one of the highest-rated players in FIFA.

FIFA 22 will be released in the UK and worldwide on Friday, October 1, 2021. The Standard Edition of FIFA 22 will follow the worldwide release date, however, due to the four-day early access available with the Ultimate Edition, you can play the game from Monday, September 27th, 2021..