BORIS Johnson wants to slash the civil service to its pre-Brexit levels by cutting as many as 90,000 people from the government payroll.

The Prime Minister has tasked his Cabinet with cutting around one in five jobs, ostensibly in an effort to ease the cost-of-living crisis with possible tax cuts.

There were around 384,000 civil servants working for the UK’s governments just before the 2016 EU referendum, but that number has risen consistently since then.

In September 2019, there were 419,120 full-time civil servants, with the number having risen every quarter since the Leave vote. The Department for Exiting the European Union had 40% staff turnover in 2019.

By September 2020, with pandemic pressures as well as Brexit affecting staffing requirements, there were 430,750 full-time civil servants.

The most recent figures, from September 2021, show there were 472,700 civil servants working for the UK Government. As such, cutting 90,000 jobs would bring civil service levels roughly in line with pre-Brexit levels.

However, the FDA civil servants union warned the “ill thought out” proposal would not work unless there is less work to be done – and Brexit pressures are still very much with us.

“The idea that these people are sitting about doing nothing … that’s not serious.”

Penman’s Union further warned the cuts could have impacts on passport processing, borders and health.

Johnson has also been branded "detached from reality" by threatening livelihoods at a time of economic hardship.

The SNP's Westminster deputy leader Kirsten Oswald said: "As families and households up and down the country are terrified to open their bills and face soaring energy and shopping prices, threatening a fifth of Civil Service staff with the sack is shameful.

“Figures show that the percentage of job cuts in reserved departments in Scotland has almost been double that of the rest of the UK. The DWP, HMRC and MoD have all shown far greater falls in job numbers than the rest of the UK over the past decade despite boasts in 2011 about how many jobs the Westminster government controlled in Scotland."

Johnson told the Daily Mail: “We have got to cut the cost of Government to reduce the cost of living.”

He suggested the billions saved could be used for tax cuts, saying: “Every pound the Government pre-empts from the taxpayer is money they can spend on their own priorities, on their own lives.”

Johnson wants a recruitment freeze across Whitehall to start soon, with the abolition of any vacancies unless they are signed off by ministers.

The Prime Minister’s 90,000 number is 25,000 more than was previously suggested needed to be cut by Government Efficiency Minister Jacob Rees-Mogg (above).

A Labour Party spokesperson said: “Instead of implementing an emergency budget they have chosen to let down working people once again through pointless rhetoric and lack of action.”

A Government spokesperson said “the public rightly expect their Government to lead by example and run as efficiently as possible” as the nation faces rising costs.

Ministers are expected to report back within a month with plans for achieving the cuts from their departments. 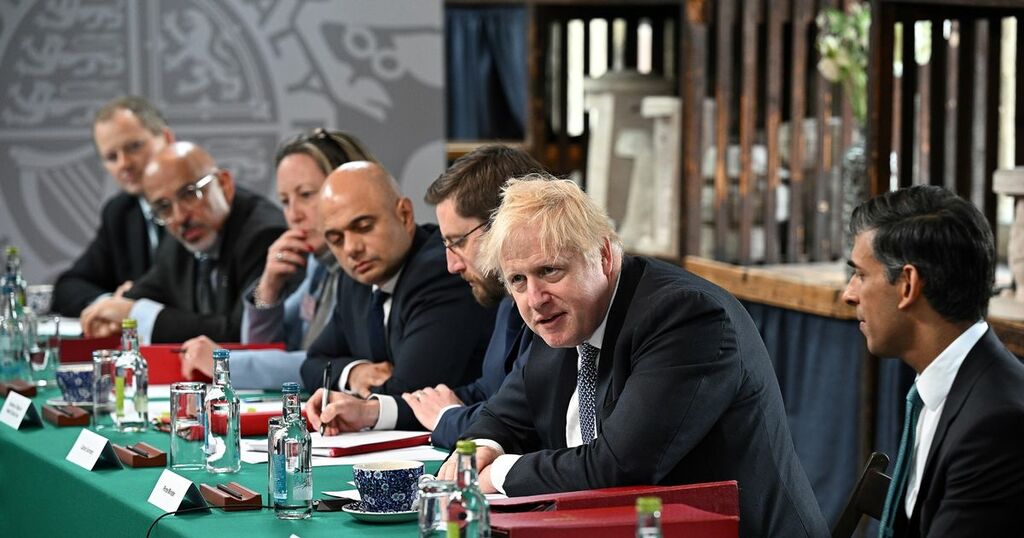 Analysis: policy aims to save money, but also chimes with government’s suspicion of a public sector stuffed with pettifogging remainers