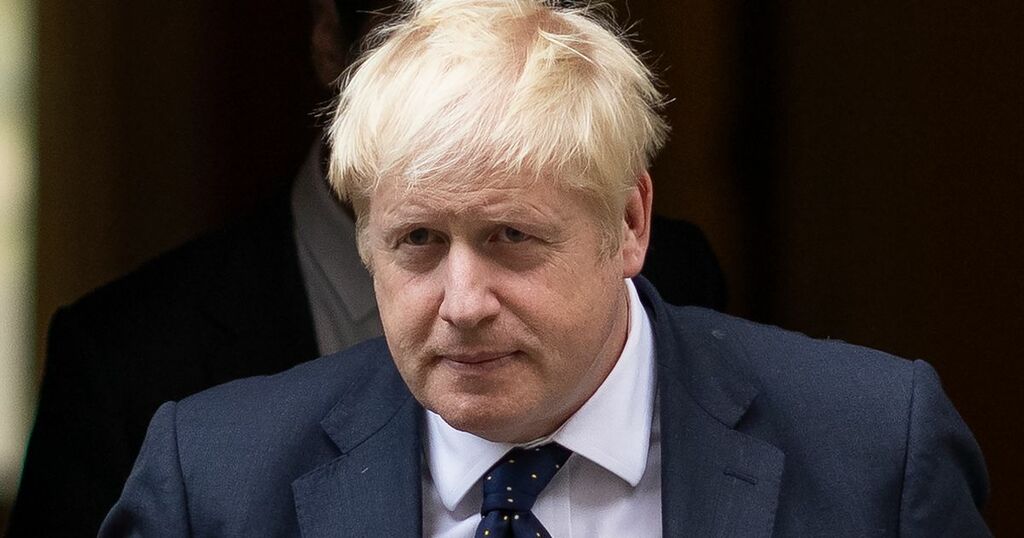 Boris Johnson will hold a press conference from Downing Street this afternoon where he is expected to announce plans for tax hike, despite promising in his election manifesto that he not would increase National Insurance payments.

The Prime Minister will set out his plan for funding adult social care when he speaks in the Commons early this afternoon.

He will then host a press conference along with Chancellor Rishi Sunak and Health Secretary Sajid Javid. A time has not been confirmed, but Mr Johnson's Government usually holds its televised announcements at 5pm.

They are expected to announce that they will increase funding for social care by raising National Insurance contributions paid by working-age people by 1.25%. For someone earning £30,000, they would pay an extra £250 a year if that hike is agreed.

Just two years ago, Boris Johnson promised to "guarantee" that if elected as Prime Minister then National Insurance payments would not be raised by a Conservative government.

The Conservative Party's 2019 General Election Manifesto, signed by Mr Johnson states : "We will not raise the rate of income tax, VAT or National Insurance."

Mr Johnson is expected to tell MPs that challenges faced by the NHS and social care system are closely linked. A lack of integration between the two, Number 10 says, leaves people “stuck in the wrong care setting, and families worry about meeting the costs of care if they leave NHS provision”.

And Downing Street said it is “unfair and often catastrophic” that some people with dementia may have to pay for their care in full, while someone cared for by the NHS would receive it for free.

It said one in seven people now pays more than £100,000 for their care, and said the system can lead to “spiralling costs and the complete liquidation of someone’s assets”.

And Mr Johnson said: “We must act now to ensure the health and care system has the long term funding it needs to continue fighting Covid and start tackling the backlogs, and end the injustice of catastrophic costs for social care.

“My Government will not duck the tough decisions needed to get NHS patients the treatment they need and to fix our broken social care system.”

The Tories are likely to face backlash from their own MPs, with the Guardian reporting that a front bench MP is considering quitting over the plan to U-turn on the 2019 manifesto.

Labour leader Sir Keir Starmer has also signalled his party’s opposition to the proposal. Labour says poorer and younger workers will be disproportionately affected by a National Insurance payment rise.

Labour's opposition to the plan will mean just 40 Tory MPs would have to vote against the proposal to defeat it in Parliament.

Earlier, a Government minister suggested the Tories can take advantage of their 2019 General Election win to pass through the plans.

Armed Forces minister James Heappey told LBC: “This is going to be hard, there will be no consensus, but we have to try, because if you can’t do it with a majority of 80, when can you?”

However former minister Jake Berry, leader of the Northern Research Group of Tory MPs, warned against a policy that appeared aimed at elderly voters in affluent southern seats.

Writing in The Times, former Conservative party leader Lord Hague said breaching a manifesto commitment by increasing National Insurance would be a “defining moment” for the Prime Minister.

He said such a move would result in a “loss of credibility when making future election commitments, a blurring of the distinction between Tory and Labour philosophies, a recruiting cry for fringe parties on the right, and an impression given to the world that the UK is heading for higher taxes.

“That adds up to an extremely high price, and if I was still in the cabinet I would be on the very reluctant end of the argument about funding social care through a tax rise that is seen as breaking an election promise.”

“A tax on jobs when you want to promote more and better-paid employment is particularly stupid,” he said.