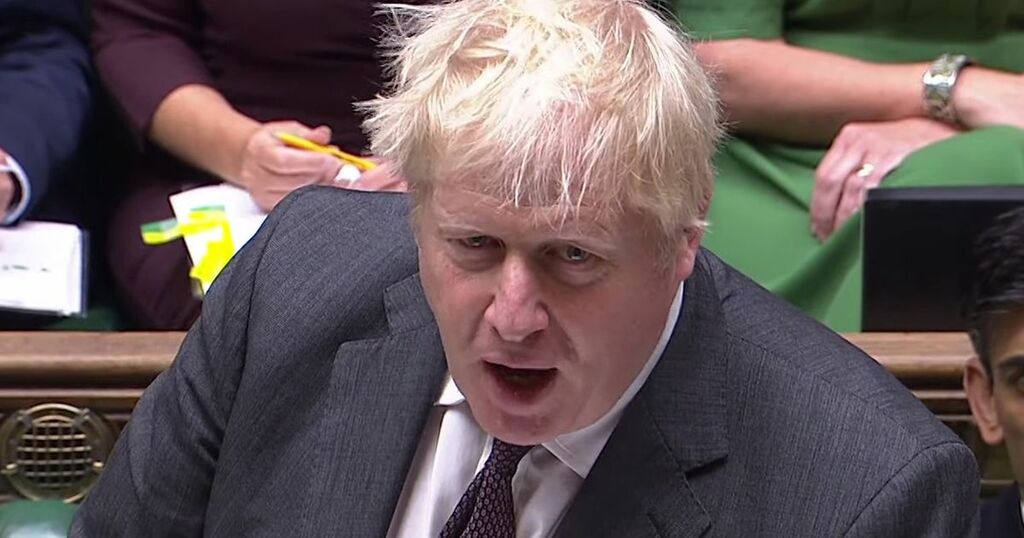 Boris Johnson was skewered at Prime Minister's Questions over the plight of Universal Credit families who face having to work an extra day a week due to his cuts.

The Prime Minister was repeatedly unable to deny the fact some benefit claimants will have to work nine extra hours per week to make up for his £20 cut next month.

Instead, the rattled Tory leader claimed it was "absurd" for Keir Starmer to ask about the policy because Labour's leader wants to "abolish" Universal Credit.

He did not mention that Labour has said it wants to set up a fairer system in its place.

Labour's leader Keir Starmer, who challenged the PM while claimants protested outside Parliament against the cut, accused Tory MPs of branding his question about working hours "silly".

He said: “It’s ‘silly’ they say, it’s a silly question how much would somebody working full time on the minimum wage, how many hours they’d have to work is apparently a silly question.”

Many Universal Credit claimants who earn more than £293-a-month have a “taper rate”, meaning every extra £1 they earn from work triggers a 63p reduction in their benefits.

Because of this, many minimum-wage claimants only gain £3.30 overall for each extra hour they work.

Once National Insurance, Income Tax and other contributions are deducted, they gain just £2.24, according to the Resolution Foundation.

That means they would have to work nine hours to take home an extra £20 - before arranging childcare, which UC funds up to 85% but has to be paid up front and claimed back later.

Keir Starmer pressed Mr Johnson at PMQs after Work and Pensions Secretary Therese Coffey misleadingly claimed claimants would only have to work another two hours a week.

In fact, this only applies to some claimants with others having to work much longer.

Labour's leader said: "How many extra hours a week would a single parent working full-time on the minimum wage have to work to get back the £20 a week the Prime Minister plans to take away from them in his Universal Credit cuts?

Keir Starmer said the Prime Minister did not answer his question about Universal Credit.

He said: "The Work and Pensions Secretary seems to think it is an extra two hours a week. So let me make it even easier for the Prime Minister, is the correct answer higher or lower than that?"

Boris Johnson replied: "What I can tell him is that under this Government, for the first time in decades, wages are rising."

He added: "Of course, what they want to do is to continue to take money in taxation and put it into benefits. We don't think that's the right way. We want to encourage high wages and high skills.

"That is difference between this Government and the Labour Party opposite. I think it is a good thing, for instance, that Costa Coffee is now paying 5% more than they were before the pandemic.

"And never forget, if we listened to Captain Hindsight, Costa Coffee would still be closed."

But Labour's leader blasted: "A single parent working on the minimum wage, already working full time, would need to work over 9 hours a week on top of their full time job just to get the money back .

"They are already working full time, they’ve got kids.

"How on earth does the Prime Minister think they’re going to find the time to work an extra nine hours - in truth, an extra day every week. How, Prime Minister?"

Keir Starmer said thanks to tax and benefit changes under the Tories, a qualified nurse will be £1,143 worse off, a supermarket worker £1,093 worse off and a teaching assistant £1,081 worse off next year.

Meanwhile the government had “wasted billions on Covid contracts”, he said.

The PM shot back: "It’s absolutely ridiculous that he should attack the government over salaries for nurses when we put them up by 3% on top of the 12.8% rise we introduced."

But Sir Keir replied: "I just wonder what the millions of people facing a thousands pound cut or on wages will think of that."

In a Panto-style exchange, Labour's leader said council tax, National Insurance and energy bills were "up" - with Labour MPs echoing the last word behind him.

Labour's leader added: "The Prime Minister may not understand the pressures facing families across the country but we do.

"The Prime Minister needs to get real and understand the terrible impact of his decisions on working people across the country."