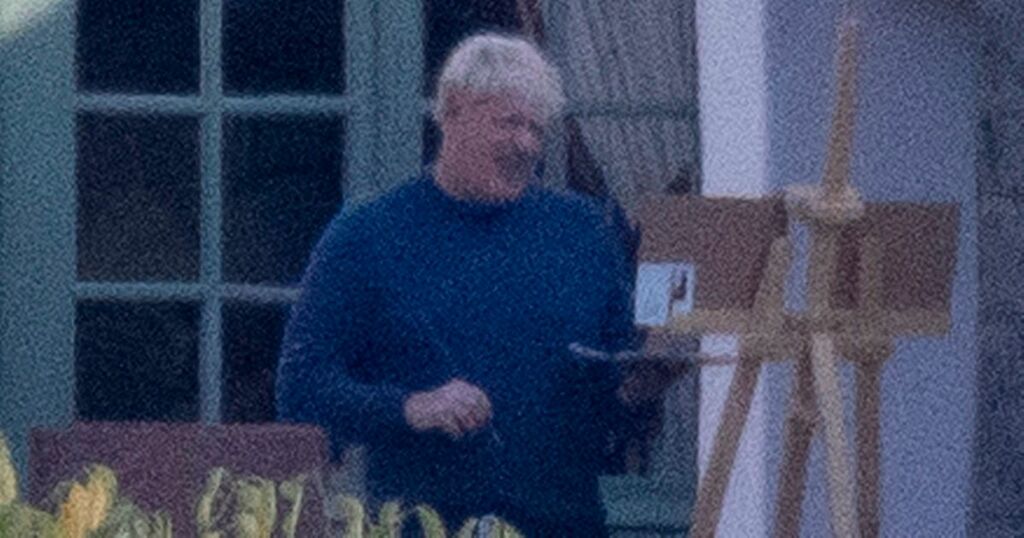 You couldn’t make it up, could you?

It almost feels like some kind of dystopian film, watching the Prime Minister prancing around his pal’s £25,000-a-week villa while the country is broken, grieving.

In fact, Bojo the clown has unintentionally become the meme of that grinning girl standing in front of a house while it burns to the ground.

Because not long before he was papped in the 600-acre Marbella estate - which has its own heli-pad, tennis court and two swimming pools (of course) - Johnson was told he could have saved thousands of lives by locking down days earlier.

The damning report by the Commons health and science committees described the government’s handling of the pandemic as “one of the most important public health failures” the UK has ever suffered.

And it’s hardly a surprise. We all remember turning on the TV, seeing the death count climb and being told there was no need to lock down *just yet*.

No need. Apart from the estimated 20,000 deaths that could have been spared.

Masks weren’t made mandatory until nearly half a year into the pandemic, the “chaotic” £38billion Test and Trace system prevented zero lockdowns, and the advice we were given was to sing Happy Birthday while washing our hands and not to sneeze on people.

But instead of staying to clear up the mess and look the bereaved families in the eye, Johnson has spent less time dealing with the consequences than it takes to fly to Costa del Sod Off.

And for those loyal Boris lovers, the kind that recirculated a 2002 image of him looking stressed to insist he had “the weight of the world on his shoulders” and that he was doing the best he could: give over.

We have the highest number of Covid-related deaths in Europe and the eighth highest death rate in the world. We have labour shortages, price hikes, fears of no electricity in the winter, and millions suffering due to this month's Universal Credit cuts.

So no, Johnson does not deserve to be on holiday. In fact, he doesn’t deserve to keep his job. Even his racist hero Winston Churchill (also responsible for thousands of deaths) would turn in his grave at how Boris has lit the country alight while ensuring he didn’t get burnt.