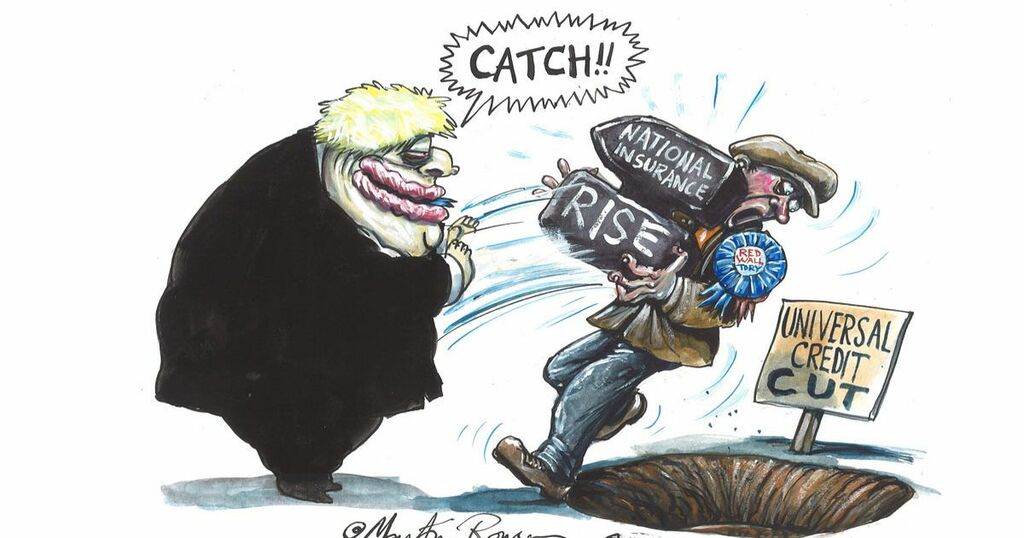 Red wall Tories betrayed by Boris Johnson will be feeling sheepish or absolutely furious when the charlatan’s grabbing £1,290 in a nasty double-whammy.

Nobody likes to be taken for a mug and that’s exactly how the forked-tongued Prime Minister treats folk he conned into voting Conservative two years ago.

With the PM’s victims spread across Great Britain including hundreds of thousands he’s pushing down in England’s North and Midlands and Wales, the exploited will revolt.

Labour’s first lead in an opinion poll since January was tentative evidence an electorate that loaned him an 80-seat majority is displaying buyer’s remorse.

The Tory vaccine bounce is deflated and Keir Starmer’s back in the game, though it’ll take a lot more than a 14,000-word mission statement for him to be in with a remote chance of winning.

Yet tax rises totalling £37 billion to record levels and a deeply-flawed social care plan illustrate the flippant promise-breaking, incompetent and unprincipled thrashings of a flailing PM and his henchman Chancellor, Rishi Sunak.

Nor is playing the Brexit card any longer Johnson’s joker, empty shelves and staff shortages the expensive reality behind his red bus £350m lie.

Used and abused red wall Tories may breathing fiery fresh life into an old adage that governing parties lose elections as much as oppositions win them.