Boris Johnson’s No 10 party defence ‘nonsense’ that would be ‘laughed out of court,’ lawyers say 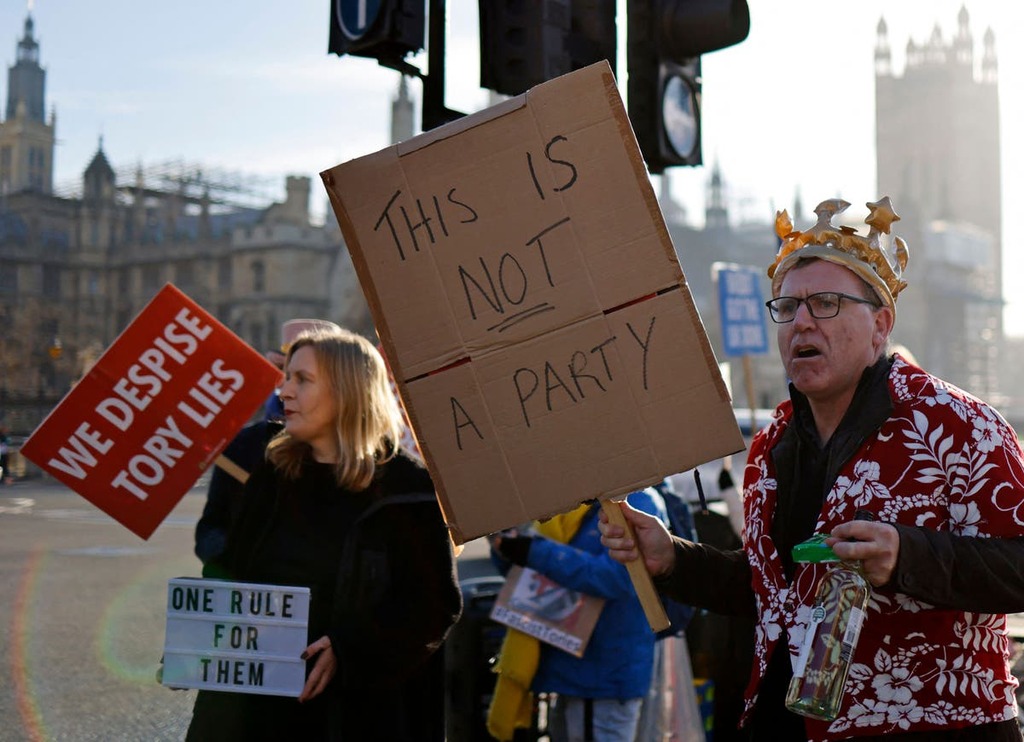 Boris Johnson’s claim he believed the Downing Street drinks party he attended during lockdown was a work event has been described by lawyers as “nonsense” that would be “laughed out of court”.

Adam Wagner, a barrister and expert in Covid law, said the PM’s apology in the House of Commons was “carefully worded and obviously lawyered” but “doesn’t make sense at all”.

And Raj Chada, a defence lawyer, said he could not see how the prime minister’s explanation of his actions had “any legal basis”.

Mr Johnson admitted attending a “BYOB” gathering in the garden of No 10 during England’s first lockdown in May 2020, when social contact with more than one person was banned.

But he claimed he “believed implicitly that this was a work event” - despite Martin Reynolds, a senior No 10 official, inviting 100 people to what he described as “socially distanced drinks”.

The news of the party – one of a number of gatherings allegedly held in Downing Street during the pandemic – has sparked anger among MPs and bereaved relatives of Covid victims.

Speaking in Commons before he faced Keir Starmer in Prime Minister’s Questions on Wednesday, Mr Johnson acknowledged the public’s “rage” but insisted he thought his actions could have been “technically” within the rules.

He told MPs: “No 10 is a big department with a garden as an extension of the office which has been in constant use because of the role of fresh air in stopping the virus.

“When I went into that garden just after six on May 20, 2020, to thank groups of staff before going back into my office 25 minutes later to continue working, I believed implicitly that this was a work event.”

“With hindsight I should have sent everyone back inside, I should have found some other way to thank them, and I should have recognised that — even if it could have been said technically to fall within the guidance — there would be millions and millions of people who simply would not see it that way.”

Human rights lawyer Adam Wagner gave a withering assessment of the PM’s “carefully worded and obviously lawyered” apology – pointing out the use of the words “believed”, “with hindsight” and “technically”.

Writing on Twitter, the barrister said the PM was implying that “millions of people are wrong in their interpretation” and suggested he was only issuing an apology to “save face”.

He added: “This is very much about his personal liability – he is implicitly denying he knew what the event was, had seen the email or had anything to do with it.

“Because here’s the key point: on the wording of email (’bring your own booze’) this couldn’t technically have been a work event.

“Although, he might say that even a boozy party for staff was ‘reasonably necessary for work’ to thank staff for their hard work during the pandemic. I doubt that would hold weight given the govt guidance at the time discouraging workplace gatherings.

“Also, how do you believe something implicitly? Is the point that he didn’t really understand the rules he had set? Or not particularly engaged with them?

“The ultimate point is that at the time if anyone had asked the prime minister or health minister whether it was lawful to have a social work gathering outdoors for 100 with alcohol and food they would have answered with a very hard ‘no’.

“It is proper nonsense and doesn’t make any sense at all given what the government were telling everyone else to do at the time.

“Also, if any photos or video appear and it looks like a party then the whole defence of ‘I didn’t know it was a party’ goes out of the window.”

At the time of the party, Covid regulations meant people could only meet one other person from a different household outdoors while following social distancing guidelines.

Government guidelines also said workers “should try to minimise all meetings and other gatherings in the workplace”, and “reduce the number of people you spend time with in a work setting”.

They added: “Only absolutely necessary participants should attend meetings and should maintain 2m separation throughout.”

Yet Mr Reynolds’ email to No 10 staff said: “After what has been an incredibly busy period we thought it would be nice to make the most of the lovely weather and have some socially distanced drinks in the No10 garden this evening.

Mr Chada, the head of the criminal defence department at Hodge Jones and Allen, said of Mr Johnson’s statement: “If any client had tried to use this, it would have been laughed out of court. The cross examination would have been brutal: do civil servants/politicians normally ‘bring a bottle’ to work events?

“I cannot see that his defence has any legal basis as you were meant to be working from home if you could.”

Just 10 days before the party, Mr Johnson had addressed the public to thank them for “put[ting] up with restrictions on freedom” and for having “shown the good sense to support those rules overwhelmingly.”