The Game Is (Probably) Up for Boris Johnson

Don’t stop me just because you’ve heard this story before, but Prime Minister Boris Johnson is once again fighting for his political life. And once again, this time it might be the end. After yet another scandal, once again made worse by an absurdly stupid cover-up, two very senior members of Johnson’s government—his finance minister and his health minister—quit in disgust.

Is the game really up, then? For anyone else, the answer would surely be yes. For Johnson, a man impervious to shame, who knows? The answer is probably, though there remains a slim chance that he finds a way to ride it out. Either way, the point is this: Britain is no longer being governed.

The U.K. today is a country without direction, without an idea, and without a government capable of governing. It is a country run by a man whose sole purpose is to remain in his post, supported by people whose sole purpose is to stick around, either because they would not make it into any other government or because they have decided that sticking around is the best way to get Johnson’s job themselves.

All of this is happening less than three years after Johnson won a general-election victory that should have put him in power for a decade, a new Margaret Thatcher able to remake the country in his image, embedding a new economic and social model along with Brexit. Instead, Johnson has thrown it all away with a series of pathetic lies about pathetic decisions that have exposed his own pathetic weakness.

The truth is, Johnson didn’t want to order the country into lockdown during the coronavirus pandemic but did so reluctantly and late—only to not bother following the rules he didn’t believe in. When he was found out, he lied. When he got into trouble because of these lies, he desperately promoted people he shouldn’t have, which he knew because people told him not to. When this was found out, he lied, only to be found out once again. On and on we go, a never-ending carousel of corruption.

[Tom McTague: The minister of chaos]

Now Britain is back to where it was only a few years ago, when, riven by Brexit and the failure to implement the result of the referendum, the country seemed utterly ungovernable. This, remember, was how Johnson managed to rise to the premiership in the first place: He presented himself as an agent of chaos who would break the rules to end the chaos caused by those who should have known better (himself included, of course; he vacillated the whole time over what to do).

Today, once again, after a brief moment of calm, the chaos has returned and Johnson, once again, is at the center of it—a malevolent Mr. Bean, leaving a trail of destruction wherever he goes.

What Britain has is a prime minister with instincts, sometimes good, sometimes bad, who almost as a point of principle refuses ever to temper or abrogate them in any way. To do so, in his mind, would be a crime against the thing he thinks is most important in the world: the greatness of Boris, that comedic personification of his dreams and desires. Johnson’s refusal ever to dilute this character has been the source of his success, his superpower in a world of caution and calculation. And it will be his downfall.

On the way up, Boris was a mocking, disdainful jester able to poke fun at the British political class, which had been failing for years even as it patted itself on the back. In power, Boris was occasionally helped by his disdain for the rules of this political class, bulldozing his way through the conventions deployed to stop Britain from leaving the European Union, for example.

His instincts have even occasionally helped after Brexit as well. Following Russia’s invasion of Ukraine, Johnson became one of the most popular politicians in that country after throwing billions of pounds’ worth of military equipment at the crisis, more than any other ally of Ukraine in Europe. Although it is true that any other British prime minister would have acted to support Ukraine, Johnson’s rejection of caution meant that Britain was quicker than others to send lethal aid, and it has continued to do so at a much higher rate.

[Helen Lewis: Britain is fraying. Why did Boris Johnson get reelected?]

Yet these same instincts now look as though they will cost Johnson his job. He continually disregards official advice, and attempts to bypass the rules or ignores them altogether, seeing them as little more than officialdom’s devices to control him. The latest scandal is over the appointment to a senior parliamentary position—responsible for enforcing party discipline—of a Tory lawmaker named Christopher Pincher, who had been accused of sexual impropriety. Johnson had been alerted to Pincher’s misconduct but ignored the warning, and then claimed he hadn’t known about it when Pincher resigned after being accused of further impropriety. Johnson seems pathologically unable to condemn anyone else for personal failings, most likely because he sees in others’ failings a mirror of his own, and he so hates to be on the receiving end of others’ judgment. If this Tory-politician sex scandal proves his undoing, the irony will be that it wasn’t a scandal of his own.

Johnson governs by instinct, because he is governed by instinct. He wants to spend money on schools and hospitals and police and infrastructure, because that would make him popular. And when he is popular, he is happy to increase taxes to pay for it all. But then, when he is unpopular, he calls for tax cuts to ease the pain. He wants a Thatcherite low-tax, free-market economy and he wants a social-democratic society protected by tariffs, high taxes, and big spending. He wants a wife and he wants a mistress, responsibility and freedom, power and popularity.

Boris Johnson will not change. As he said recently—his one honest utterance in weeks—following demands from colleagues that he change his behavior to stay in office, ​​“If you’re saying you want me to undergo some sort of psychological transformation, I think that our listeners would know that is not going to happen.” This is the great paradox about Johnson: He is both the most self-aware political leader I’ve come across, a leader who seems to genuinely reflect on his character flaws, and the one who seems most determined to do absolutely nothing about them. And so Britain bounces from scandal to scandal, instinct to instinct, without direction or purpose, unmoored and ungoverned. 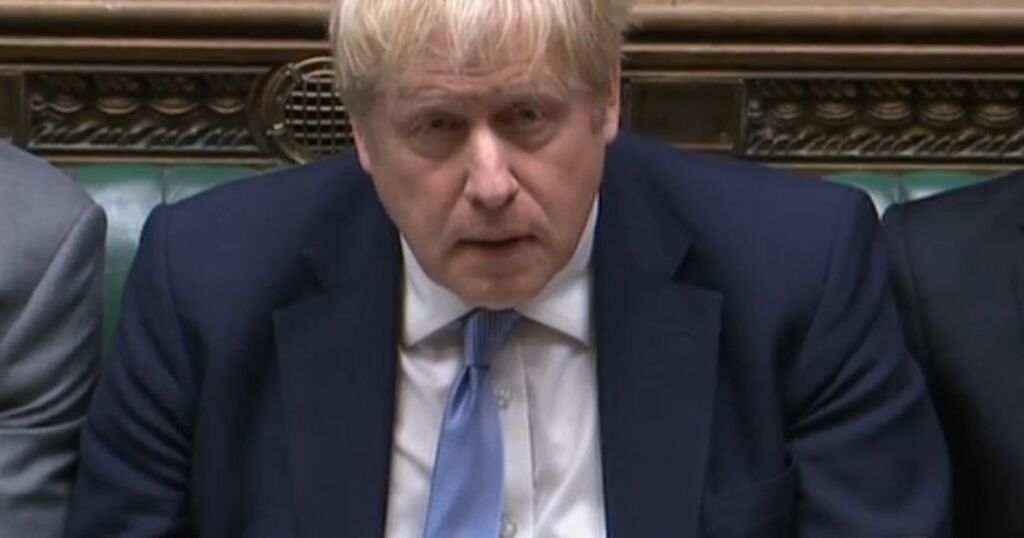 You know game is up for Boris Johnson when Rishi Sunak and Co find their spine
Annie Brown says Pincher scandal is just another Partygate without the canapes.

Livemint
Factbox: The many scandals of Boris Johnson's premiership

Boris Johnson will announce his resignation as British Prime Minister on Thursday, a government source said, after he was abandoned…