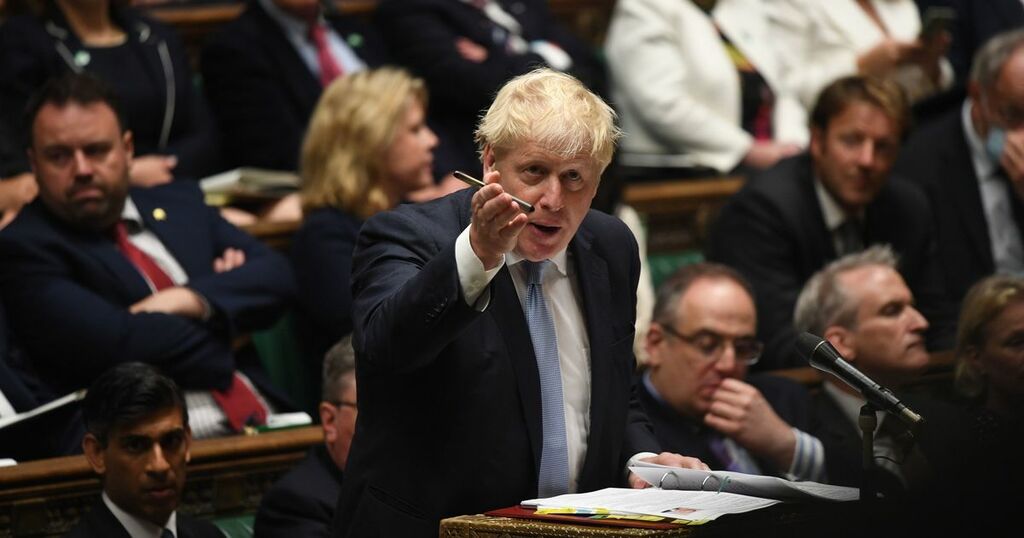 Boris Johnson's plans for a £12 billion tax hike to pay for health and social care have been passed by the Commons.

The House voted by 319 to 248 in favour of the 1.25 percentage point increase in national insurance contribution.

This is despite the controversial plans being met with deep unhappiness among many Conservative MPs.

Five backbenchers voted against the measure while another 37 did not vote – although not all would have deliberately abstained, as some would have had permission to be away from Westminster.

The result meant the government’s working majority of more than 80 was reduced to 71 – although a division list released later recorded only 317 votes for the measure.

The Prime Minister announced the plans for the manifesto-breaking tax hike in the Commons yesterday.

He told MPs that a new 1.25 per cent health and social care levy based on National Insurance contributions would be introduced across the UK.

He said the additional revenue would cover the reform of the social care system in England, and would help fund the biggest catch-up programme in the history of the NHS in England, with £12bn a year to help deal with the backlog of cases built up during the pandemic.

From October 2023, anyone with assets under £20,000 will have their care costs fully covered by the state, while those with between £20,000 and £100,000 will be expected to contribute to their costs but will also receive state support.

No-one will have to pay more than £86,000 for care costs in their lifetime.

Scotland, Wales and Northern Ireland will receive an additional £2.2bnin additional health and social care spending from the levy.

The Commons vote reflected concern among the Tories that the hike was 'fundamentally un-Conservative'.

In the debate, Mr Berry, the leader of the Northern Research Group of Tory MPs, warned that by listing the levy on people’s payslips as a health and social care charge, it would 'never go down, it can only go up'.

“No party is ever going to stand at an election and say I’ve got a good idea, vote for me, I’ll cut the NHS tax,” he said.

“It is fundamentally un-Conservative and in the long term it will massively damage the prospects of our party because we will never outbid the Labour Party in the arms race of an NHS tax.”

Mr Baker, another former minister, said the party was facing a 'generational crisis' due to its inability to fund promises dating back more than a century.

“Now the Conservative Party, at some stage in our lifetimes, is going to have to rediscover what it stands for because I have to say at the moment we keep doing things we hate, because we feel we must,” he said.

Mr Johnson attempted to quell the backlash, suggesting the insurance industry could protect people from having to sell their homes to pay for the cost of care, amid claims the £86,000 cap would not be enough.

Labour leader Sir Keir Starmer said that someone with assets of £186,000 – including their home – could still be forced to find £86,000 under the Government’s proposals.

“Where does the Prime Minister think that they are going to get that £86,000 without selling their home?” he said.

Mr Johnson replied: “This is the first time that the state has actually come in to deal with the threat of these catastrophic costs, thereby enabling the private sector, the financial services industry, to supply the insurance products that people need to guarantee themselves against the costs of care.”