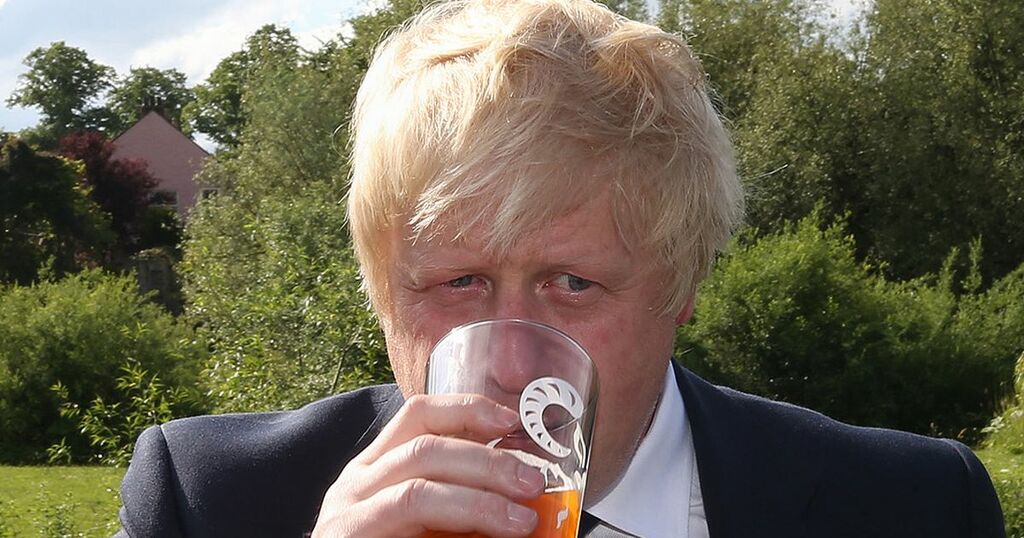 Boris Johnson has an impressive beer belly, a corporation to rival the City of London.

But does he drink the stuff, or does he just pose with it for the photographers?

He bellowed a promise of “cautiously but irreversibly raising a pint of beer” at the pub when they partially reopen on Monday.

Raising, not drinking, notice. The red wine-spilling premier is not a natural drinker of Britain’s vin du pays, which is real ale.

In all the bars, in all the years I have worked at Westminster, I have never seen him with a pint in his hand. He’s more at home on the terrace overlooking the Thames, giving it large to his admirers over jugs of Pimm’s, than knocking back a straight jar of London Pride in Strangers’ Bar.

What is your view? Have your say in the comment section

He’s unlikely ever to acquire a rubicund ‘Tetley tan’, though he looks as if he could do with one right now.

The only session I had with him, over lunch with Charlie Whelan in Brighton, he did a runner before we got to the pub after eating. He’s not the first Prime Minister to have a faux fad for ale. Tony Blair used to have his picture taken with a pint in a Sedgefield pub, but he only sipped it for the snappers.

And President Ronald Reagan famously grimaced when he tasted a pint of Guinness while visiting Ireland.

Of course, the link between alcohol and politics is well known. The work of Westminster is traditionally lubricated with, er, sherbet.

There was a class divide. Labour MPs, especially from mining constituencies, were partial to a three-line whip with ‘Fed’ bitter in Strangers’, hence its former nickname, the Kremlin.

Changed, all changed. The professionalisation of politics has produced a generation of MPs too scared to get stuck in.

But the old-fashioned image of a man with a pint in his hand is worth a thousand words on the front page. That’s why Johnson will raise a glass on Monday – before washing his mouth out with champers.

Great-grandmother Lucille Downer was looking forward to marking her 86th birthday next week.

Last Friday, she became another grim statistic in the toll of people killed by dogs, mauled to death by two vicious brutes that got into her garden in Rowley Regis, West Mids.

Since 2000, more than 50 people, ranging from babies to pensioners, have met a similar fate. Every year, 250,000 people are treated in minor injury and emergency units after being bitten. These are crimes of opportunity, mostly unpredictable but very often preventable – if owners can be bothered to keep control of their animals.

If Lucille’s tragic story can persuade dog lovers to love fellow human beings as much as their pet, some good may come of it.

Congratulations to Beckett University student Jack Colmer who designed, built and installed a free bin bag dispenser to combat littering in Leeds parks. It’s a bit Heath Robinson, but it works and council bosses everywhere should follow his lead.

The show goes on

As the saying goes, “tha can tell a Yorkshireman, but tha can’t tell ‘im much”. Despite fears over social distancing and Covid passports, the Great Yorkshire Agricultural Show is going ahead in July, with 125,000 visitors over four days. Sounds like policy on the hoof to me.