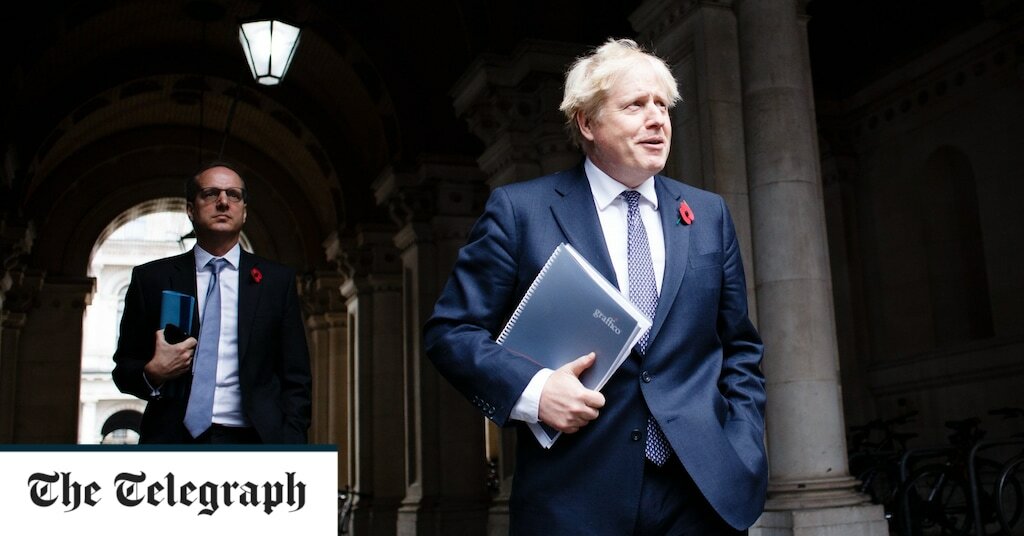 Boris Johnson could be prosecuted as an "accessory to crime" if he was found to have attended a rule-breaking Downing Street party, a barrister who specialises in Covid regulations has claimed.

The Prime Minister was one of more than 100 members of staff invited to  a "bring your own booze" party in the Downing Street garden on May 20, 2020, at the height of lockdown restrictions, it has emerged.

An email sent by Martin Reynolds, the civil servant who runs the Prime Minister's private office, which has now been leaked, invited staff to "make the most of the lovely weather" by gathering for a socially distanced drinks reception.

Attendees have claimed the Prime Minister and his wife Carrie were present at the gathering, but this has not been confirmed or denied by Downing Street.

Adam Wagner, a human rights barrister and visiting law professor at Goldsmiths, University of London, said while Mr and Mrs Johnson would be unlikely to get a fixed penalty notice, they could potentially be prosecuted under the Serious Crime Act as an accessory to other people's crimes.

A Scotland Yard spokesman said: "The Metropolitan Police Service is aware of widespread reporting relating to alleged breaches of the Health Protection Regulations at Downing Street on 20 May 2020 and is in contact with the Cabinet Office."

The Met confirmed on Dec 8 last year that it would not investigate a Downing Street Christmas party that was widely reported to have been held when "Tier 3" rules were in place at the end of 2020.

A spokesman said at the time: "Based on the absence of evidence and in line with our policy not to investigate retrospective breaches of such regulations, the Met will not commence an investigation at this time."

‘Quite clearly a social event’

Speaking to BBC Radio 4, Mr Wagner said that despite the fact the event took place in the Prime Minister's home he could still technically be prosecuted.

He said: "With this, we see that from the email it's quite clearly a social event – socially distanced drinks and bring your own booze. It's just difficult to understand how it can be necessary to work, with the Government saying 'don't go out in the park with more than one person'.

"It’s inconceivable that if you'd have asked the Government at the time, is it ok to have a large gathering, would that be considered necessary for work? I'm certain that the Prime Minister or Matt Hancock at the time would have said 'certainly not'."

Mr Wagner noted that Mr Johnson and Carrie Johnson, his then-fiance, "probably wouldn't be able to get a fixed penalty notice" as they were in their own garden and had not left their home.

"The only potential criminal offence which could apply to the Prime Minister would be being an accessory to other people's crimes," he said.

"I know that because I've got some clients who organised a Reclaim These Streets vigil, who were threatened with being prosecuted under the Serious Crime Act as accessories to crime by the Metropolitan Police. So that is a possibility. But realistically the main offences were the offences of being outside the home without a reasonable excuse."

The May 20 event is one of eight alleged gatherings reported to have taken place at Downing Street or other in government buildings during lockdown restrictions.

The invitation was sent out just after the UK moved from "stay at home" to "stay alert" guidance as part of step one of its roadmap out of the first lockdown.

Those who could not work from home were advised to speak to their employers about a return to their workplace. People were allowed to exercise an unlimited amount in a day, and the previous ban on people sitting on a bench outside was lifted.

Rules governing social distancing were enforced, with initial fines for those breaching them raised to £100 from £60 for a first offence, eventually rising to £3,200 for serial offenders.

All hospitality settings were closed, except for takeaway food, and people could not meet more than one other person outside their household on their own.

Britons urged to ‘limit contact with other people’ at the time

Oliver Dowden, the then Culture Secretary, said during press conference on May 20, 2020 – the day of the reported party – that "normal life as we have known it is still a long way off" and that Britons should be "limiting contact with other people [and] keeping distance if you do go out - two metres apart where possible".

"If everyone stays alert and follows the rules, we can control coronavirus by keeping the 'R' down and reducing the number of infections," he said.

But a former standards chief said that "technically speaking" Mr Johnson had not misled Parliament with comments he made at the end of last year about separate reports of parties.

Dr Hannah White, who previously ran the committee for standards on public life in the Cabinet Office deputy director of the Institute for Government think-tank, told Radio 4 it would be difficult for Mr Johnson to deny any knowledge of what took place.

"I think it's pretty surprising that this happened at all, that [Martin Reynolds] decided to put it on record by sending an email seems even more surprising," she told the Today programme.

"He's the Principal Private Secretary as you say, one of the key officials working for the Prime Minister, and I think it's true to say that it's extremely unlikely he could have invited 100 people to a party in the Downing Street garden without the assent of the Prime Minister."

On whether the Prime Minister approved the party, Dr White added: "I think he would have had to have done, and also there are witnesses saying he was there.

"So it's becoming increasingly difficult for him to claim he didn't know about this particular breach of lockdown rules. He's said that, and he's entirely correct to say, there's an inquiry under way."

Despite claims from Labour that Mr Johnson had misled Parliament – and who suggested this happened as many as 11 times – Dr White clarified there were only two occasions at Prime Minister's Questions before Christmas when allegations about Downing Street parties came up.

"Both times the questions that were raised by Keir Starmer were very specifically about Christmas parties, and he was quite specific about the dates he was asking about because I think he wanted to establish on record that they happened at a time when lockdown measures were in place," she said.

"The Prime Minister did issue denials, he said he had been repeatedly assured that no rules were broken. But presumably if he went to a party in May, he was aware that it had happened, but he – technically speaking – wasn't talking about parties in May when he spoke on those two occasions.

"Whether you would expect that he would take into account other parties when talking about his outrage about the parties that happened before Christmas is a matter of judgment for other people."