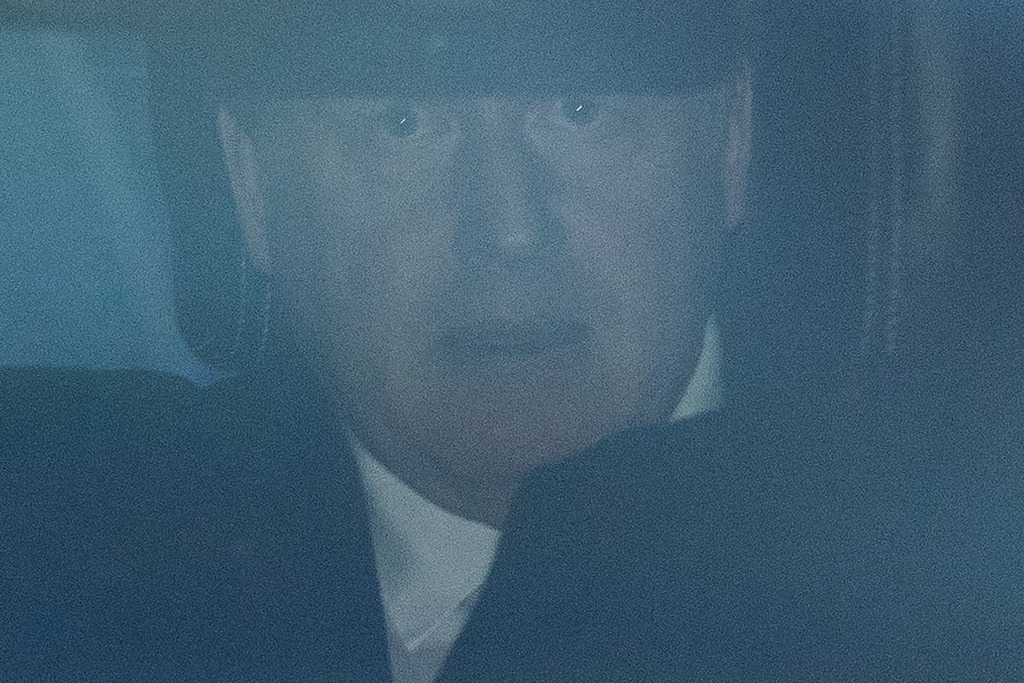 Boris Johnson has cancelled a visit to a vaccination centre in Lancashire due to a family member testing positive for Covid.

No 10 said the prime minister, who is under fire after admitting he attended a No 10 drinks party during lockdown restrictions, will be following the “guidance for vaccinated close contacts, including daily testing and limiting contact with others”.

Mr Johnson was scheduled to speak to reporters, but Downing Street said: “The prime minister will no longer be visiting Lancashire today”.

Although the legal requirement to self-isolate does not apply to vaccinated contacts, they are advised to take daily tests and “limit close contact with other people outside your household”.

It comes as the prime minister faces calls to resign from Conservative MPs after he apologised in the Commons for attending the No 10 drinks gathering on 20 May, 2020 — but provoked ridicule as he insisted he believed it was a “work event”.

A leaked email earlier this week showed over 100 Downing Street staff were invited to the event and “bring your own booze” despite lockdown restrictions banning people from meeting more than one other person from another household in an outdoor setting.

Just last night former Tory minister Caroline Nokes added to the pressure on Mr Johnson to stand down as prime minister, telling ITV’s Peston he had “put himself in an impossible position” and suggested: “Now, regretfully, he looks like a liability.”

“I think he either goes now, or he goes in three years’ time at a general election, and it’s up to the party to decide which way around that’s going to be. I know my thoughts are that he’s damaging us now,” the Conservative MP added.

Her call was echoed earlier on Wednesday — hours after the prime minister’s admission to the Commons — by the Scottish Tory leader, Douglas Ross, who revealed he had submitted a letter of no confidence in Mr Johnson to the 1922 committee of backbench Tories.

One former minister also told The Independent that MPs “in double figures” had submitted letters of no confidence in the prime minister to the chair of the 1922 Committee, Sir Graham Brady – with some letters going in after the PM’s dramatic apology.

But in an attempt to defend the prime minister on BBC Newsnight, Jacob Rees-Mogg, the Commons leader, branded Mr Ross a “lightweight figure” in politics.

In a separate interview, Mr Rees-Mogg also sought to downplay calls for Mr Johnson to resign, saying: “They [Tory MPs] are people who have never really supported the prime minister, two of the ones you mentioned have always been quite strongly opposed to him, and therefore you would expect them to be relatively grumpy, so that’s not surprising”.

“I think they are fundamentally mistaken and they are misjudging where we are and what the prime minister has succeeded in doing,” he claimed.

The family member who tested positive lives in Downing Street, but Mr Johnson’s spokesperson would not say whether it was the prime minister’s wife, Carrie, or either of the couple’s children.

The spokesperson said Mr Johnson took a test on Wednesday and another on Thursday.

And he added: “The PM is following the guidance to do daily tests and limit contact with others. As I said, (the) positive test was Wednesday so the PM will continue following this guidance up to and including Tuesday of next week.

“For reference, the guidance is to take an LFD (lateral flow device) test every day for seven days, or until 10 days after the household member who has Covid-19 started their self-isolation period if this is earlier, and in this instance it’s not, so it’s seven days.”

The spokesperson added that “in line with the guidance, he’s reducing contacts, he’ll be working from No 10, doing the daily tests, and limiting contact with others both outside No 10 and indeed inside No 10 as well”.

He said the prime minister will continue to hold meetings but “for the large part that will be done virtually”.