By Jack Hawke in London 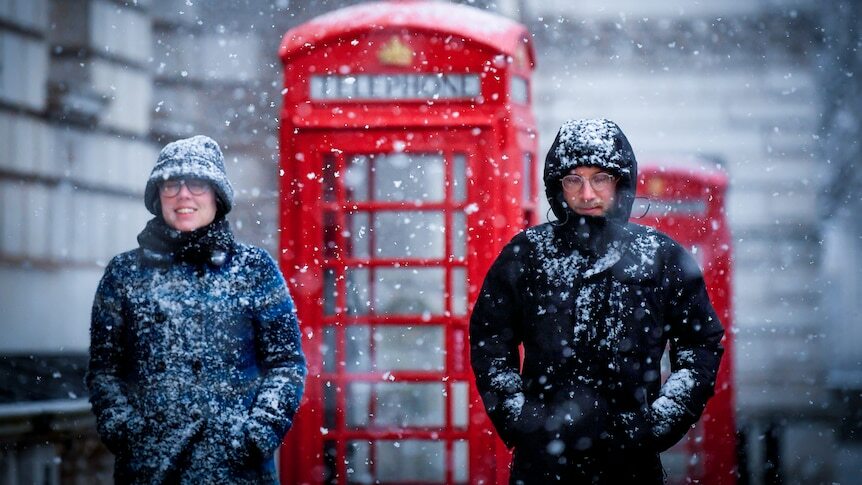 British Prime Minister Boris Johnson is backing booster COVID-19 vaccine shots for vulnerable people and the elderly as part of his plan to prevent hospitals being overwhelmed and future lockdowns as the UK approaches winter.

The prime minister is hoping to avoid a winter like last year, when a second wave fuelled by the Alpha variant caused more than 50,000 deaths on either side of the peak in mid-January 2021.

On Monday, it was announced England's vaccine rollout will expand to those aged between 12 and 15, and on Tuesday it was revealed in the government's 32-page plan that booster shots will be available for those over the age of 50, frontline health workers and the clinically vulnerable – estimated to be around 30 million people.

As well as booster jabs, the government has prepared a "plan B" in the event hospitalisations rise dramatically and the National Health Service is put at risk of being overwhelmed, which could involve mandatory facemask wearing, vaccine passports and a return of working from home.

With another 26,628 people testing positive for COVID-19 and a further 185 deaths recorded on Tuesday, Mr Johnson said in one way the UK was in a more challenging position than it was at the same time last year, when cases hovered around 3,000 per day.

"But in many other crucial respects, the British people – all of us collectively and individually – are incomparably better placed to fight the disease," he said.

"We have more than 80 per cent of all over 16s now double vaccinated, and we have COVID anti-bodies in around 90 per cent of the adult population.

"Those vaccines are working."

So how exactly is Boris Johnson's government going to prevent another deadly winter?

The UK is backing vaccines to do the heavy lifting over the winter months, with transmission likely to increase as students go back to school, workers return to workplaces and people spend more time indoors as the days get shorter and colder.

Earlier on Tuesday, England's Deputy Chief Medical Officer, Johnathan Van Tam, said vaccines had saved 112,000 lives since being rolled out at the end of last year.

"Our latest estimates are that since we began deploying these vaccines, they've probably averted in the region of 24 million cases of COVID in the UK and 112,000 deaths — so, incredibly successful to date and remains so," Professor Van-Tam said.

"We're not past the pandemic — we're in an active phase still.

Along with advising children aged between 12 and 15 get vaccinated, the Joint Committee on Vaccines and Immunisation made the recommendation to deploy booster shots across all four nations in the UK, which will be given at least six months after people had received their second dose of the vaccine.

It said there was evidence of a small decline in effectiveness of the vaccine against hospitalisation for older people, dropping from just over 90 per cent to just under 90 per cent after five to six months.

Duncan Robertson, a data analyst from Loughborough University, said the UK had plenty of extra doses to cover the booster drive.

"But really, I think what they're trying to do is look forward and look what could happen in the future. and mitigate against that."

Along with vaccinations, the testing and isolation program will continue.

What's in Plan B?

At the peak of the pandemic last winter, England alone had more than 30,000 patients in hospitals with COVID-19.

Currently there are just over 8,400 across the UK, and the biggest concern for the government remains that figure rising dramatically and the NHS becoming overwhelmed, which would see an increase in deaths from COVID-19 and other causes that would not be able to be treated.

If numbers do start rising, the public will be urged to act more cautiously, face coverings could become legally mandated in settings such as indoors and on public transport, and mandatory vaccine passports could be introduced for large events and other indoor settings.

"Because so many of the population have some degree of immunity, smaller changes in the way we're asking people to behave can have a bigger impact."

Simon Clarke, an expert in cellular microbiology at Reading University, said the government's announcement was "a tacit admission that you need to leave things in the locker".

"We don't know how effectively and how efficiently they're going to introduce these things," Dr Clarke told the ABC.

While infections were much higher than at the same time period last year, it is unknown how quickly infections could rise against the background of resistance generated by vaccines, Dr Clarke said.

"You can make a guess, you can do all sorts of computer modelling, but realistically, nobody actually knows."

On Monday, the UK's Telegraph newspaper quoted a senior government source as saying Mr Johnson was "dead set" against another lockdown, as rumours swirled that plans were being drawn up for an October "firebreak" lockdown to try and quell infections.

While there is scant detail of lockdown contingencies in the government's winter plan, on Monday, a Downing Street spokesperson conceded the strategy could not be ruled out if things got out of hand.

Mr Johnson was criticised several times in 2020 for delaying nationwide lockdowns as the virus tore through the country.

But with the success of the vaccines, the prime minister will be loathe do go down the lockdown route again over winter.