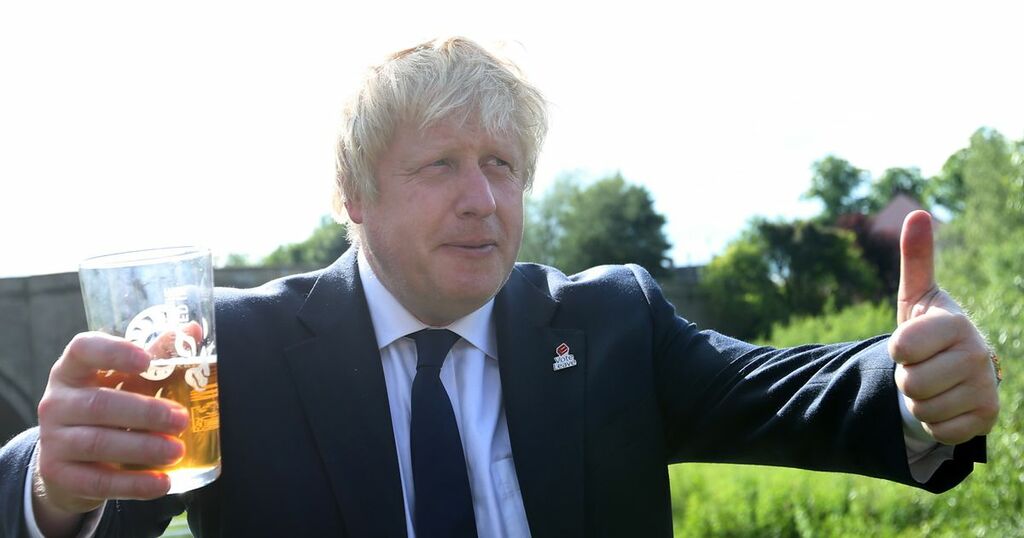 Boris Johnson has been accused of running away from the simple question of whether he attended a covid-breaking “bring your own bottle” lockdown party in Downing Street last year.

Labour’s Angela Rayner said the Prime Minister’s absence from the Commons chamber to answer an Urgent Question on the Downing Street parties spoke volumes about his position in the spreading scandal.

Standing at the despatch box in the Commons, Rayner told MPs: “There’s no need for an investigation into the central question today. Did the Prime Minister attend the events in the Downing Street garden on the 20th of May 2020? It won’t wash, Mr Speaker, to blame this on a few junior civil servants. The Prime Minister sets the tone. If the Prime Minister was there, surely he knew.”

She added: “I think his absence speaks volumes as does his smirks on the media, the public have already drawn their own conclusions. He can run but he can’t hide.”

Tory benches were sparsely populated for the Commons question about No 10 parties while the opposition side was rammed with noisy MPs who howled with laughter at a suggestion from Cabinet Office minister Michael Ellis that in “this country the same rules apply to everyone”.

Ellis, the Paymaster General, repeated that an investigation is taking place and confirmed allegations relating to other gatherings on May 15 and May 2020 are part of this work.

He went on to suggest that civil servant Sue Gray’s investigation may now be suspended, pending a police inquiry.

Ellis said: “As with all internal investigations, if evidence emerges of what was a potentially criminal offence the matter would be referred to the Metropolitan Police and the Cabinet Office’ s work may be paused.”

Labour veteran Angela Eagle MP combined wit with the fury felt by many.

She said: ”Perhaps it would be better if Sue Gray investigated days there weren’t parties in Downing St?”

She added: ”We know an invite to a bring your own bottle party was sent out for the 20th May when 268 people died in hospital that day. We know that it was illegal to meet anyone outside of your own household except one person. So what is there to wait for? The Prime Minister should come here now and fess up and tell us what happened.”

SNP Westminster leader Ian Blackford looked across the chamber to the empty Tory side.

He added: “The harsh reality is that people round these islands watched loved ones dying, and missing funerals, and the PM and his staff partied behind the walls of his private garden.”

Many MPs told of their own personal pain and that of their constituents.

DUP MP Jim Shannon broke down in down in tears of grief in the chamber as he revealed his mother in law died alone during the pandemic while Downing St partied.

The rowdy Commons chamber fell silent as Labour MP Afzal Khan said: “My mum died of a Covid in hospital. I slept outside in a car to try to be as close to her as I could be...Will the PM apologise for the anguish and pain?”

As angry calls for the Prime Minister’s resignation piled in Neale Hanvey, an Alba Party MP, detailed how he had lost a friend and his father during the first covid wave and handled numerous inquiries from families seeking to have more than a handful of people at funerals as the rules dictated.

He asked: “Can the Paymaster General please explain why the Downing Street social world is more important than those lives and the law of the land?”