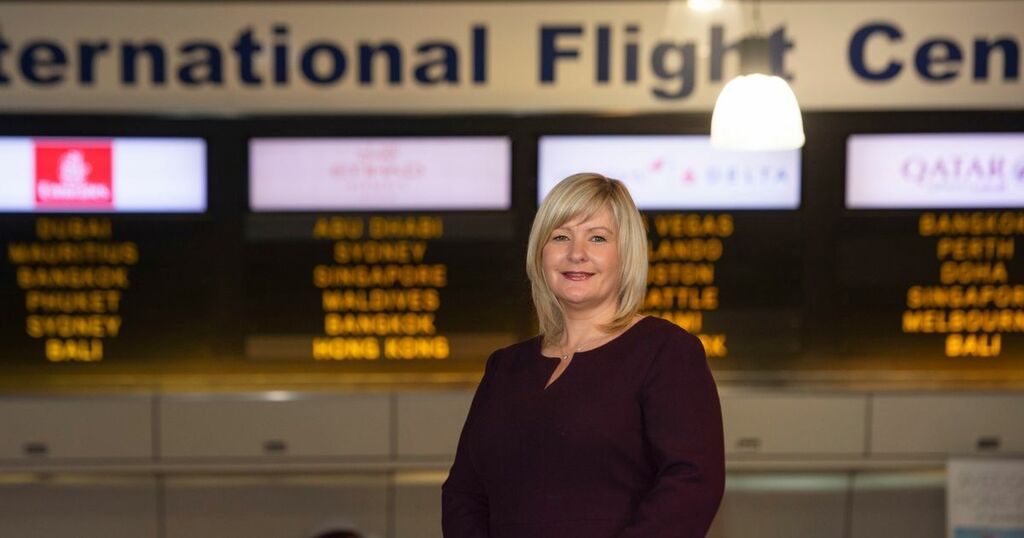 Eager holidaymakers grounded for too long have sparked a massive boom in travel enquiries.

Industry leaders Barrhead Travel report a whopping 165 per cent surge in queries for the coming year but cautious aviation chiefs have warned it will take years for them to properly recover.

The relaxation of tough Coronavirus testing rules last week, which saw the need for costly PCRs scrapped and an end to isolation protocol, is thought to be behind the boom.

And the East Renfrewshire-headquartered firm say it is a sign that "confidence is returning to the market".

The Scottish Government announced last week that from Friday January 7, fully vaccinated travellers arriving here would no longer be forced to take pre-departure covid tests or self-isolate on arrival until they receive a negative result.

Instead, from last Sunday, a negative lateral flow test on the second day from arrival replaced the need for costly PCR confirmation.

The UK-wide measures were implemented following agreement with the Welsh, Downing Street and Northern Ireland governments.

And now Barrhead Travel bosses have revealed that the move has sparked the massive increase in customer enquiries, as well as a growing demand for travel before the end of March as eager travellers desperate to head off to sunnier climes and grounded Scots looking to reunite with loved ones overseas after a delay take advantage of the rule relaxation.

Jacqueline Dobson, president of Barrhead Travel, said: "Travel is set to make a significant comeback in 2022 with restrictions continuing to ease across the world. People have dearly missed travelling over the last few years – whether that be for holidays, business or to reunite with loved ones.

"January is traditionally the most popular time of year to book a holiday and we’re already seeing much more confidence in the market than this time last year. Omicron caused some uncertainty during December but the relaxation on testing will go a long way to kick-start travel recovery. Our customers are telling us that they can’t wait for their holidays this year.

"One of the primary barriers was testing costs and we’re already noticing a difference in how the relaxation is boosting confidence."

She added that with one-in-five new bookings jetting off before the end of March, they are hopeful that the figure will continue to accelerate over the coming weeks, saying: " “Before Omicron, bookings for very last-minute holidays were on the rise – that trend naturally slowed down during December because of uncertainty and increased restrictions. Now, we expect to see a higher demand for late departures.

"Summer 2022 is also selling very well as families are looking to secure deals while prices and added-value offers are still available for school holiday dates. Availability for 2022 is likely to dwindle faster than usual due to demand and the volume of rescheduled bookings so we’re recommending that anyone hoping to travel in spring or summer this year should book sooner, rather than later."

Top destinations on the itinerary for 2022 travel include Tenerife - up by 222 per cent in popularity - New York, which has seen a 116 per cent boom and ever-popular Orlando - up 64 per cent.

The agency said travel 'experiences' and so-called 'bucket list' destinations such as Lapland and Japan are also "noticeably" on the rise.
Average holiday stay has also doubled from seven to 14 days as travellers throw everything behind longed-for holidays.

But AGS Airports, owners of popular Glasgow Airport, have warned that although signs of improvement are there, they anticipate a long recovery will be needed.

They have warned that it will take until at least 2025 for the sector to bounce back.

An AGS spokesman told the Express: "From conversations we’ve been having with our airline partners, they are seeing an increase in demand for forward bookings in light of the recent removal of restrictions and it’s encouraging to see that Barrhead Travel are also seeing this.

"It’s important to stress though this is forward bookings for the summer and beyond. There’s no immediate passenger increase at the airport. While this is encouraging, it will take our airports and the wider industry years to return to pre-covid levels – most likely 2025/2026 and beyond."

Before the pandemic, Glasgow Airport was Scotland’s foremost long-haul airport, home to 30 airlines serving more than 120 worldwide destinations, including Canada, the US, the Caribbean, Europe and the Gulf.

Download the FREE Renfrewshire Live app now for all the latest news, features and sport: smarturl.it/RenfrewLiveSocial