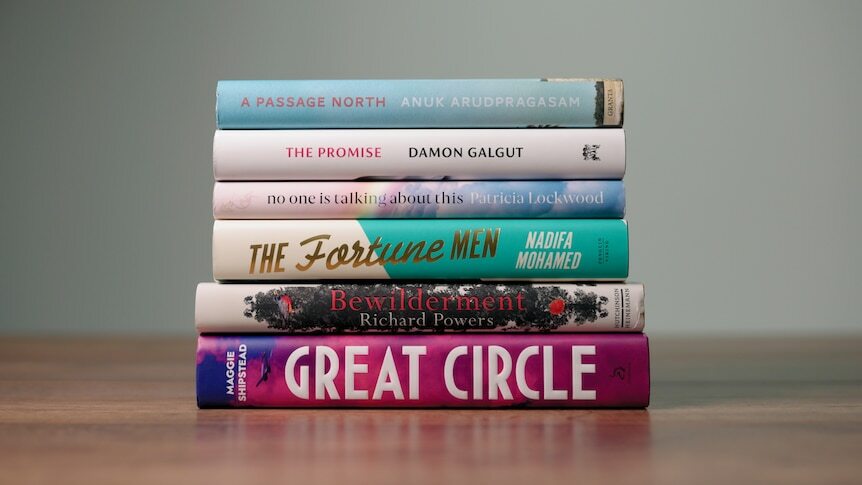 Just one British author has made the shortlist for the UK's prestigious Booker Prize, announced on Tuesday afternoon (London time) in a live-streamed ceremony.

Nadifa Mohamed joins five other authors vying for the 50,000-pound ($94,467) prize, with her third novel, The Fortune Men, set in the docklands of Cardiff in 1952, and inspired by a true tale of a man wrongly accused of murder.

Mohamed is also the first British-Somali writer to be shortlisted for The Booker Prize.

Americans dominate this year's list, in fact, with Maggie Shipstead also making the cut with her third novel, Great Circle.

The shortlist was chosen from a longlist of 13 novels drawn from a pool of 158 entries, by a judging panel chaired by historian Maya Jasanoff and including twice Booker-shortlisted novelist and professor Chigozie Obioma (The Fishermen; An Orchestra of Minorities), and writer and former Archbishop Rowan Williams.

In summarising the shortlist, the panel chair wrote:

"Some are acutely introspective, taking us into the mind of a Tamil man tracing the scars of Sri Lanka's civil war, and an American woman unplugging from the internet to cope with a family crisis. Some enter communities in the throes of historical transformation: the Cardiff docklands in the early years of British decolonisation, and the veld around Pretoria in the last years of apartheid. And some have global sweep, following a mid-century aviator in her attempt to circumnavigate the planet, and a present-day astrobiologist raising a son haunted by climate change."

Among the longlisted authors who did not make the cut were previous Booker Prize winner (and Nobel Laureate) Kazuo Ishiguro as well as British-Canadian author Rachel Cusk (best known for her Outline Trilogy).

Each of the shortlisted authors receive 2,500 pounds ($4,723) and a specially bound edition of their book.

'A year for reading unlike any other'

Jasanoff spoke of the "intensity and focus" of this year's judging experience, which started at the end of 2020, when the UK and US — where all five of the judges were located — were both in lockdown.

"It's fair to say this has been a year for reading unlike any other," she said, adding that the lockdown conditions "invested our reading with a remarkable sense of intensity and focus".

The judges each read all 158 eligible novels — at a rate of about one novel per day.

"We had each been absorbed in our own little isolated bubbles, in this unique process — and then [in judging meetings] we got to see the only other four people in the world who had experienced exactly the same thing," Jasanoff said.

"I think that this kind of replicates the process of whether or not a book stands the test of time," Jasanoff said.

The 2021 winner of The Booker Prize will be announced on Wednesday, November 3.