Book of the Week: A master of the short story 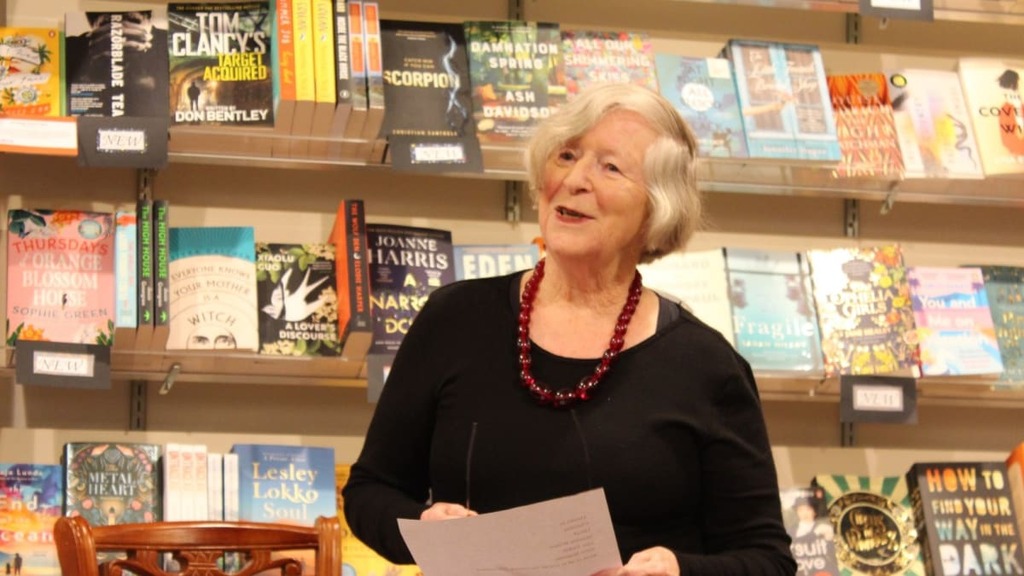 Earlier this year, the 2021 Ockham New Zealand Book Awards judges Claire Finlayson, Paul Little and myself awarded a collection of short stories, Bug Week by Whanganui writer Airini Beautrais, the top fiction prize in the country, the Jann Medlicott Acorn Prize for Fiction. I’ve written in the Guardian and Newsroom about how the short story has to work hard because there is nowhere to hide. It has to say a lot by saying very little. I wrote that the stories in Bug Week evoke a strong sense of quiet unease, a dark underbelly and the absurdly comic. In many ways, the latest collection by New Plymouth writer Elizabeth Smither, The Piano Girls, does all of this, too, but in a less angry, more polite way.

The Piano Girls is a generous collection. There are 20 stories here and they’re not the kind of stories you skim over or whizz through. They should be read with delicacy. Each story has just the right amount of space to allow the reader into the world, to consider the characters and their actions.

Smither describes even the most mundane item or act in a neat way. In "The Ten Conductors", sound travels like “an arrowhead towards the conductor.” Snapshots of uncosy domestic life teem with longing. Sometimes life seems to be happening somewhere else. In "Gravy", Melissa is married to an artist who is featured in a group show. After the opening, Melissa wistfully thinks that if they were in New York they could have repaired to a speakeasy and waited for the first reviews to come in. But this is New Zealand and only a pie cart (“it looked like a long white slug”) is open so they order pies with mashed potatoes and mushy peas. It’s a sad but oddly comic vivid scene.

Smither introduces us to a cast of middle-class, well-meaning characters with prim names like Eloise or Antonia. They drink nice wine and some of them are writers. They read books by literary authors like Karl Ove Knausgård and Anthony Doerr. And she views them with a sympathetic but sometimes hard-edged eye. There’s a sort of itchy anxiety and pathos that runs through these stories. And humour, too. In "Baking Night", a woman tries to stave off the advances of an eager suitor by baking when he visits her one evening, creating a space between them. A friend has warned her, “It’s easier to seduce a woman in her own home because it becomes an extension of hospitality.” Such a giddily sharp insight. As she fusses about with raisins, coconut, flour, sugar and butter, the aroma of her baking covers up the “hopefulness of that cologne.” Such a desperate image.

Food and music, two such irresistible subjects, are a unifying thread throughout these stories. I love stories that feature food. There are comforting casseroles wrapped in tea towels and left on doorsteps, there are Turkish honey cakes, roast suppers and salmon steaks. In "Money", Jeny goes on a date and after politely dining modestly says to her date, “thank you, that was delicious.” Though it wasn’t. It was pre-packaged, microwaved. She considers going home to gorge on a cold sausage wrapped in a slice of bread. I love these carefully crafted scenes of politeness gone mad. Groups of friends dine in restaurants and then negotiate the awkward hand-wringing over how to split a bill. Smither is really good at exploring communication breakdowns, the confusing and complex dynamics of romantic relationships, the things that go unsaid and the resulting strife and missed opportunities. The characters are nuanced and seem both rational and emotional at once. One character asks, “does nothing ever die down or fade or find ease?” The answer is mostly no.

The short story is having a moment - I worked as a bookseller at independent bookshops in Wellington and Auckland for the past 16 years, and one thing I noticed during the last couple of years is that punters were increasingly asking for short story collections - but it's long existed as a form where some writers have crafted their best work. John Cheever’s short stories are class acts, Richard Yates wrote scorchingly brilliant novels but his collection of short stories Eleven Kinds of Loneliness (about, yes, you guessed it, exactly what the title suggests) is a work of perfection. More recently we’ve had the poised, grim, and darkly funny collection Sweet Home by excellent Irish writer Wendy Erskine, Show Them a Good Time by Nicole Flattery and The End of the Road is a Cul De Sac by Louise Kennedy. And closer to home, the slow-burning dark pleasures of the stories in Tracey Slaughter’s Devil’s Trumpet simmer off the page. Elizabeth Smither has written 18 collections of poetry, and the odd novel; The Piano Girls is her sixth collection of short stories, a form that she knows her way around.

I’m not convinced every story needed to be included here, though. The title piece deals with interesting sibling dynamics, but it felt flat. And while I love cats, I couldn’t engage with "Min: A Cat’s Story" but that’s probably because I’ve never been that interested in reading stories about animals or pets. My apologies to Jane Chapman, whose cat the story is about.

What Smither does do so well in all of these stories is thoughtfully and deftly explore the way people relate to, or don’t, to each other. This, from "The Piano Girls": "Longer and longer silences, a withdrawal which, oddly, he was building block by silent block. She had begun to retreat herself, in equal increments. They might have been building a house together, working on opposite walls. Only, unlike real builders, they never looked at one another or sat companionably, drinking tea…"

"The Hotel" is a terse story where a man takes his girlfriend on a hotel getaway. He’s got something important to say. She thinks he is going to propose to her when in fact he is planning on splitting up with her. When he finally does so, he’s not even dressed properly. He’s just wearing a pair of boxers and a t-shirt. It’s a faintly absurd and impotent image that the reader can only hope the jilted lover finds some comic value or comfort from it one day.

Elizabeth Smither's stories have a balletic elegance and a playfulfulness. The author looks beyond the good manners and honest intentions of her characters and considers them with kindness and curiosity. She’s a shrewd storyteller, and her care and craft makes The Piano Girls a pleasure to read.

The Piano Girls by Elizabeth Smither (Quentin Wilson Publishing, $35) is available from bookstores operating in level 2, which is to say ABA (Anywhere But Auckland).