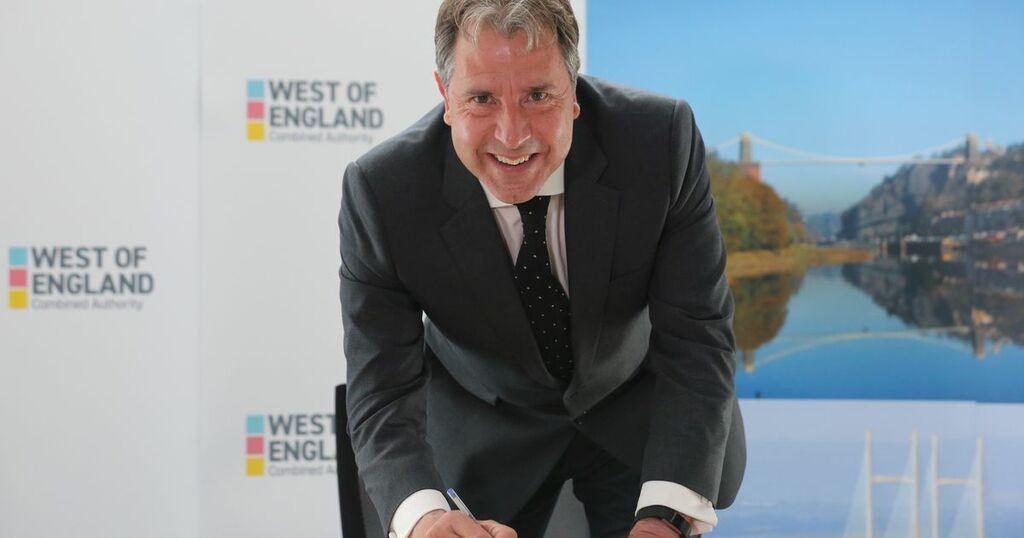 A leaked letter penned by the region’s four council leaders has revealed an astonishing power struggle with metro mayor Dan Norris, with explosive claims that recent decisions may be “unlawful”.

The correspondence, signed by the elected heads of Bristol, South Gloucestershire, Bath & North East Somerset and North Somerset councils, accused Mr Norris of exercising a power of veto at last month’s West of England joint committee that he is not entitled to.

An accompanying note agreed by all four local authorities’ monitoring officers, who provide legal advice, says this would “arguably amount to maladministration” and that the decisions could even be challenged in court because they went beyond the committee’s authority.

It also suggests the leaders could circumvent the metro mayor and draw up their own alternative budget for the West of England Combined Authority (Weca).

The letter, a direct challenge to Mr Norris’s authority, was sent to the chairmen of Weca’s overview & scrutiny and audit committees on Monday, October 11, and has been obtained by the Local Democracy Reporting Service.

Asked for a response, the West of England mayor said: “My priorities are protecting people’s jobs, tackling the climate emergency and bringing more powers, resources and cash to the West of England. I'm interested in policy, not process. We have limited time and need focus on bold and ambitious regional plans that will put us on the national and global map.”

Members failed to agree several key decisions, with Cllrs Savage and Davies questioning Mr Norris’s right to veto alternative proposals – officially called amendments to motions – to the joint committee, only to be told that legal advice had been taken minutes beforehand which confirmed the mayor could do that.

Now, though, the four councils are formally challenging this.

The leaders say in the letter: “The agreed view of our monitoring officers is that the legal advice the mayor and joint committee members received concerning voting arrangements of the joint committee is not correct.

“That advice was not shared at the time with the UAs [unitary authorities], and was based on a very brief and urgent instruction and did not have full regard to the wider voting arrangements that apply to the joint committee.”

The monitoring officers’ briefing note highlights sections of Weca’s constitution that suggest the West of England mayor does not have a veto on the joint committee and that the only veto power actually lies with a member where the “business being transacted relates to only one single unitary authority area”.

Their note says it is possible that recent joint committee decisions have been made “other than in accordance with” these voting arrangements.

“On the face of it that would arguably amount to maladministration,” it says.

“However, it is also possible that decisions have been taken which are outside the explicit delegation of functions to the joint committee.

“Any decisions that are taken by the joint committee which are outside of its terms of reference would be ultra vires [beyond its legal powers and authority] and open to challenge by way of judicial review.”

The note says that “given the lack of transparency” over Weca budget-setting processes, the council leaders could exercise their right under 2017 combined authorities finance legislation to “consider the option for an alternative budget”.

“Preparatory work would need to be started now,” it says.

In their letter, the four leaders repeat their demands for a governance review of the combined authority, which would look at how it operates and functions and whether changes are needed.

Mr Norris has resisted these since he was elected in May, insisting he is focused instead on getting more money into the region from government and ensuring a green recovery which creates jobs and tackles climate change.

The monitoring officers’ note says a review of the joint committee’s agenda-setting needed to be considered to “provide greater transparency around decision-making”.

“This would also reduce the risk of decisions being taken which are unlawful and which may be challenged,” it says, adding that a further step should be taken to determine if the joint committee should even have a role at all.

Mr Norris said: “My priorities are protecting people’s jobs, tackling the climate emergency and bringing more powers, resources and cash to the West of England. Experience shows we won't do that with more of the old failed model of the last four years.

“The West of England needs a much more strategic approach on things like transport and the environment.

“This is required by government and we ignore that at our peril. I will not be divvying up everything three ways as in the past for an easy life, or pleasing everyone all of the time.

“This has not worked for us in the past, as shown when we compare ourselves with other regions.

“I’m about getting much more money for our region. That requires strategic working that is ambitious and bold that will persuade government to part with the huge amounts of cash our great region needs.

“Frankly, we can’t keep worrying about which individual council has got what share compared to the others. This approach will fail us in the future as it has failed us before.

“Under the previous metro mayor we did not secure a single penny piece more than the government would have given us anyway.

“What our region needs is a bigger overall pie – much more money overall. That will only be possible by a new strategic approach.

“I'm interested in policy, not process. We have limited time and need focus on bold and ambitious regional plans that will put us on the national and global map.”

The leaders’ letter was mentioned only briefly at the start of Weca overview and scrutiny committee at Bath Guildhall on Monday, October 11, when chairman Cllr Winston Duguid said members would agree to meet with the leaders as requested followed by a meeting with Mr Norris and Weca chief executive Patricia Greer.

A combined meeting of the Weca committee and joint committee takes place at Bristol City Hall on Friday (October 15).