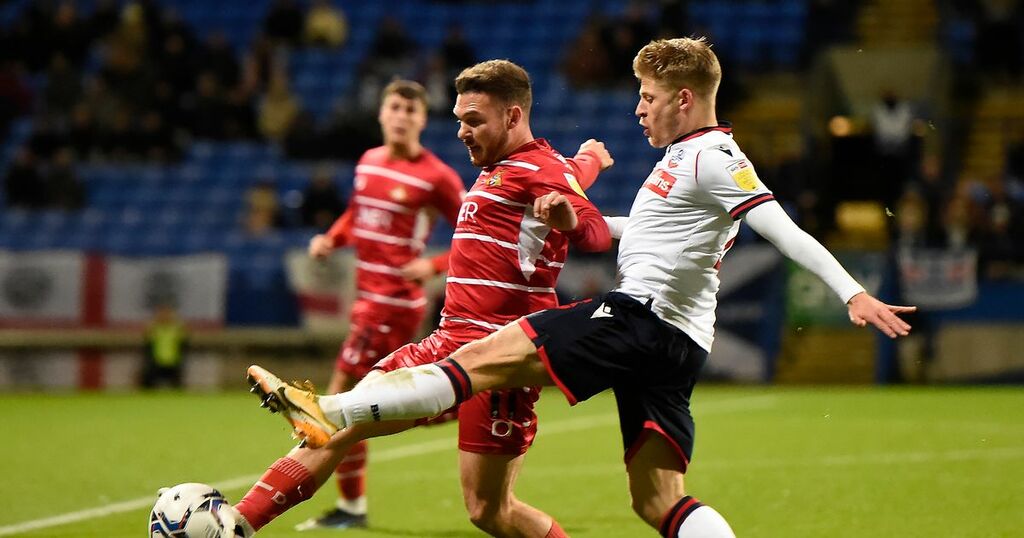 Bolton Wanderers have been handed yet another injury blow ahead of this weekend's clash against Cheltenham Town with confirming that Lloyd Isgrove has suffered a hamstring tear.

The winger came off after half an hour of Bolton's win over Doncaster Rovers in midweek and was replaced by George Johnston.

Wanderers are back in action this weekend and Ian Evatt has revealed that the winger is poised to be out of the clash against the Robins with a torn hamstring.

Bolton are in the midst of an injury crisis with MJ Williams, Josh Sheehan, Gethin Jones, Andrew Tutte and Amadou Bakayoko among the players out of action right now.

And Isgrove could be out for up to 12 weeks with the problem at the very least.

Evatt said: “From bad to worse. Lloyd’s got a grade three hamstring which means either surgery or at least 12 weeks out so it’s not great news. Dapo is obviously missing through suspension as well so that’s about all to report.

“He’s gutted and we’re all gutted. As a manager, I always analyse things that have happened and things that have gone on, and the Stockport home game is a real frustration because we should have won that game.

“Then we’d have avoided the replay where Josh (Sheehan) picks up the ACL injury, Baka (Amadou Bakayoko) picks up the hamstring injury.

“We have to play 120 minutes at real high intensity and then we have to travel to Wycombe with the same group, the same squad.

“Off the back of that, Izzy is fatigued and we have to roll him out again and he gets injured in the first half. That’s the reason but it’s our own fault, so we have to take our medicine.

“As I said, lessons learned and (we have to) stick together as a group, as a club and fanbase. Challenging times can really bring out the best of people so let’s hope this does that with our group.”

"All we can do is get on with it and we will. It’s almost that siege mentality now that we’ve got I think 12 fit senior players now and the numbers are dwindling fast but we have to do what we can, do the best we can. I thought it was an excellent win on Tuesday and we have to make sure we back that up on Saturday.”

Alex Baptiste is currently out with a medial ligament injury, but Evatt suggested that the veteran defender could make this Saturday's game if he can play through the pain barrier, while Williams is poised to learn the extent of the treatment which will be required in his shoulder injury.

He said: “I think he’d be fully fit for next week, but there’s a good possibility he’ll be available for this weekend and he might have to play through some pain to do it.

“But Alex is one of those lads that puts his hand up and steps up to the plate and wants to crack on so that might be a slight positive.”