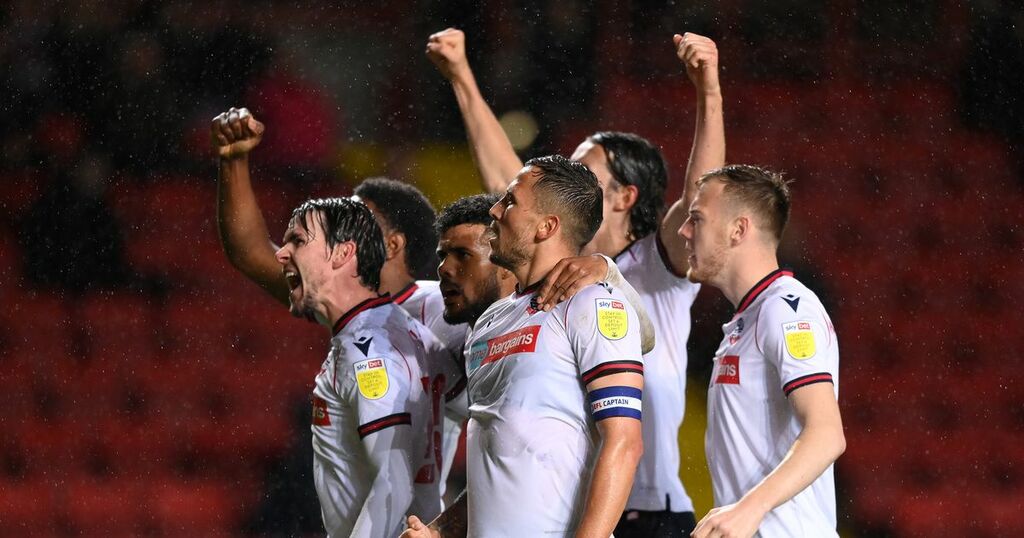 Bolton Wanderers boss Ian Evatt has made no changes from last weekend's win over Shrewsbury Town for the clash against Sheffield Wednesday.

Wanderers have made the journey over the Pennines to Hillsborough this afternoon in one of only four games taking place in League One this afternoon.

But it is a big encounter of two of the big names in the division come together in a clash which is typically one which graces at least the Championship.

Wanderers are seventh heading into today's game and can make it three wins on the spin with victory this afternoon and be in the League One play-offs by 5pm should they pick up three points.

Evatt made 10 changes in the victory over Liverpool's under 21s in the Papa John's Trophy in midweek as he shuffled his squad around.

And he has reverted to the same side which beat Salop last Saturday, with no changes from that win.

Joel Dixon starts as goalkeeper with a back four of Gethin Jones, Ricardo Almeida Santos, George Johnston and Declan John.

In central midfield, MJ Williams anchors in front of the back four with skipper Antoni Sarcevic in front of him.

Alongside Sarcevic this afternoon in the engine room is one of the big decisions of the day as Kieran Lee starts instead of Josh Sheehan.

And in the front three, former Wednesday man Elias Kachunga starts on the right, with Eoin Doyle through the middle and Dapo Afolayan on the left.