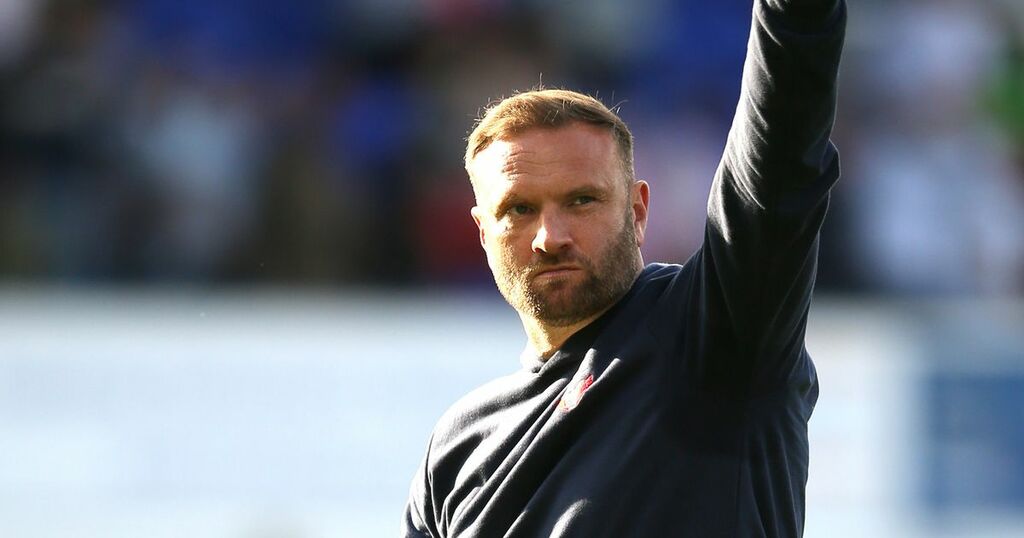 Bolton Wanderers put Ipswich Town to the sword after coming from behind at Portman Road to score five against the Tractor Boys.

Bolton went behind early on thanks to Macauley Bonne's strike, but got back on level terms thanks to Dapo Afolayan.

Eoin Doyle then put Wanderers ahead from the penalty spot, before Ipswich leveled after Bonne's shot went in off Ricardo Almeida Santos.

Afolayan then grabbed his second of the game on the stroke of half-time, before the returning Josh Sheehan added a fourth after the break, as George Johnston added a fifth to cap off a remarkable game which has left Bolton third in League One.

After the encounter, Ian Evatt spoke to the press and here's his immediate reaction to the big win on the road.

That must have been very pleasing for you?

“I’m satisfied, it was alright! I think there was a lot of frustration from Monday night. Our performance on Monday night deserved that goal tally really and we didn’t get it.

“But as I’ve said to you in the press, I think when teams do go toe to toe with us, it’s a dangerous thing to do, because we’re a dangerous team.

“It’s more difficult and challenging for us when teams do sit in and play territory and set plays, as we found on Monday night, but that was exceptional. I think some of our goals were a credit to our football club and you won’t see many better outside of the Premier League.”

The last six occasions Bolton have been here, they haven’t scored a single goal…

“Well we’ve tried and made up for that, haven’t we, and raised the average again!

“I’m very respectful of history, but to be honest, it’s about the here and now for us and about our focus and mentality.

“I just said to them after the game, I hope you go home this weekend and understand and think to yourselves, not that we’ve cracked it, but if we keep working hard and stay humble and keep improving, we have a good chance this year.

“We do have a chance and that’s the way I see it, so for now let’s enjoy this weekend, enjoy tonight, I hope our supporters do as well, but then back to work Monday ready for the next game.”

Was it a big call with Liam Gordon for Declan John?

“Declan’s not available yet, so no it wasn’t, but Liam’s done really well. Wes Burns is an excellent player and caused us problems first half.

“Ipswich have got excellent players all over the pitch and you have to respect that. They are going to cause us problems with how expansive we are with the ball, but the most important thing for us is we look like a clinical ruthless team that can score at will at times.”

What was the difference, because I think people who have seen a lot of Bolton will probably say that’s been coming for some time?

“The difference is when the opposition go toe to toe, like we do, and pay us respect but not feel like they can go on the front foot and pressure us and leave spaces and gaps. We work really hard on the training pitch to find those gaps, find those spaces and punish the opposition and I thought we did that today.

“It’s when teams sit with nine or 10 behind the ball like Burton did on Monday, it becomes more difficult for us, but we still had 22 shots and in my view were very, very unlucky not to win the game.