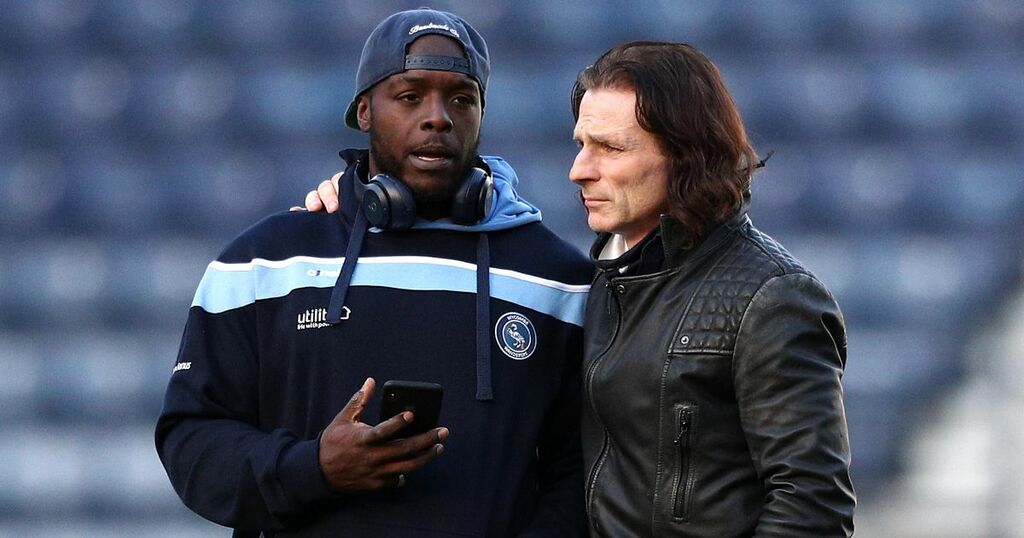 Bolton boss Ian Evatt has hailed the job that opposite number Gareth Ainsworth has done at Wycombe Wanderers and feels the Chairboys keeping faith with him is an example to every club in the EFL.

Ainsworth has been in charge of the Chairboys since 2012 and in that time, has led the club from League Two to the Championship.

Wycombe were relegated back to League One by just one point last season and took their fight for survival down to the final day.

Since returning back to the third tier of English football, Wycombe find themselves currently fourth and in the play-offs ahead of the visit of Wanderers today.

And Evatt is a big admirer of Ainsworth and the job he has done at Adams Park and believes Wycombe keeping faith with their boss during the good times and the bad - as well as the Chairboys boss staying with the Buckinghamshire club - are an example to all clubs in the EFL.

The Bolton boss said: "He’s done a fantastic job. I know him well and I know he’s a fantastic man first and foremost. Credit to him, to keep challenging for promotion or keep teams moving forward even in the face of relegation.

"They’ve started this season really well. They’ve had a bit of a sticky run so they’ll be wanting to put the record straight and come out fighting again, but we must be the same. Whatever team we manage to put out, we must make sure we’re better than against Stockport.

"He’s a very good man, a wonderful man. Keeping your job for any length of time is always difficult because there are always expectations.

"You’re only ever three or four games away from being under pressure – it’s just the nature of the game. For Gareth to have longevity at one club is excellent from both sides – loyalty from Gareth and loyalty from the club.

"That’s a rare thing in these times and I’ve no doubt that people will have looked at Gareth’s services, but he’s stayed loyal to Wycombe.

"And if he loses some games, I have no doubts that Wycombe’s chairman will stand by Gareth for being loyal and what he’s achieved there.

"That’s part of the game – it’s about riding the storm in the bad times and enjoying the good times and staying loyal. A great example to every Football League club."

Wanderers will be aiming to bounce back from the midweek shock FA Cup exit at the hands of Stockport County, while also recording successive League One victories following the 2-0 win over Crewe Alexandra.

Tomorrow could see Adebayo Akinfenwa come up against the Wanderers rearguard and Evatt wants his side to combat the strengths the forward will bring to the game with being smart and playing to their own advantages.

Wanderers have several player doubts heading into the game including MJ Williams, Josh Sheehan and Eoin Doyle, but Evatt is confident his side will adapt and overcome the challenges presenting them.

He said: "I think Bayo is one of the strongest players I ever played against. Sometimes you can’t be stronger than a certain somebody, even if you’re physically strong yourself. It’s about being smart and playing to your strengths and hiding your deficiencies.

"That might mean us getting high up the pitch, it mean changing tactics. We’ve got a plan. At the moment we don’t know if we’ll have 11 fit but we’ll certainly do our best to put a strong team out and hatch a plan for Wycombe, and be a lot better than we were on Wednesday.

"It would help if we had a fully fit squad but we haven’t, so we have to adapt and overcome.

"But one thing is for certain – ever since I’ve been here there’s been times where people have asked questions of us and we always come out swinging. I have no doubt we will do the same on Saturday."