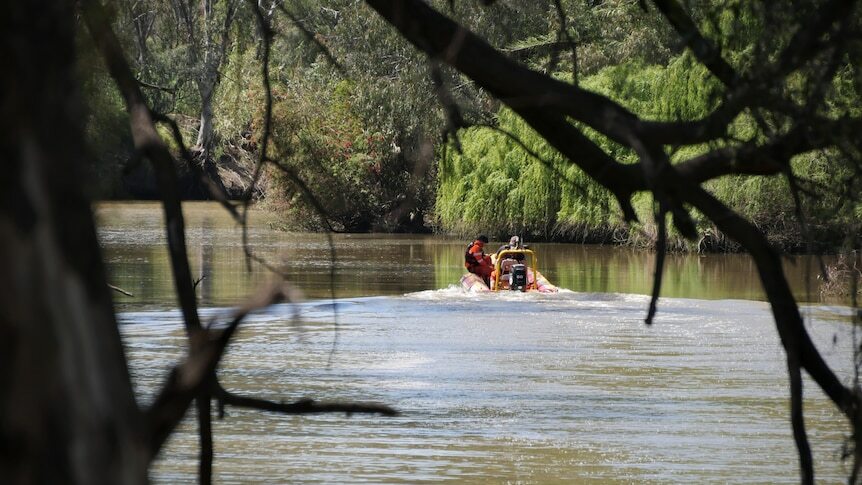 A body has been found during an extensive search for a missing man near Moree.

Police said a body was recovered about 10.30am today from Gwydir River by searchers looking for a man last seen running from officers into the river just north of Moree early on Saturday, July 10.

The remains were found near Billa Street, Yarraman, about 500 metres from where the man was last seen.

Today's search is the third for the missing man. It came at the request of the NSW coroner.

The search included SES, PolAir, the dog and mounted unit, divers and officers from across Western Region Command.

"The remains have not yet been identified and will be sent for forensic examination," said a NSW Police spokeswoman.

Police conducted a search when the man disappeared, but it was scaled down after five days.

Another large search was conducted for three days last month.

The man's family has spent the past three months combing the area for a sign of him.

Police say that about 2.30am on Saturday, July 10 they saw a black hatchback speeding on the Newell Highway in Moree.

They said the vehicle was later found bogged at Pioneer Bridge – known as Yarraman bridge – on the Carnarvon Highway just outside town.

They said officers "attempted" to speak with a man who then fled into the flooded Gwydir River.

The missing man's family has repeatedly asked police to release the officers' body cam vision of the encounter that night.

Editor's note: Earlier versions of this article included the name of the missing man,  which has been removed for cultural reasons.