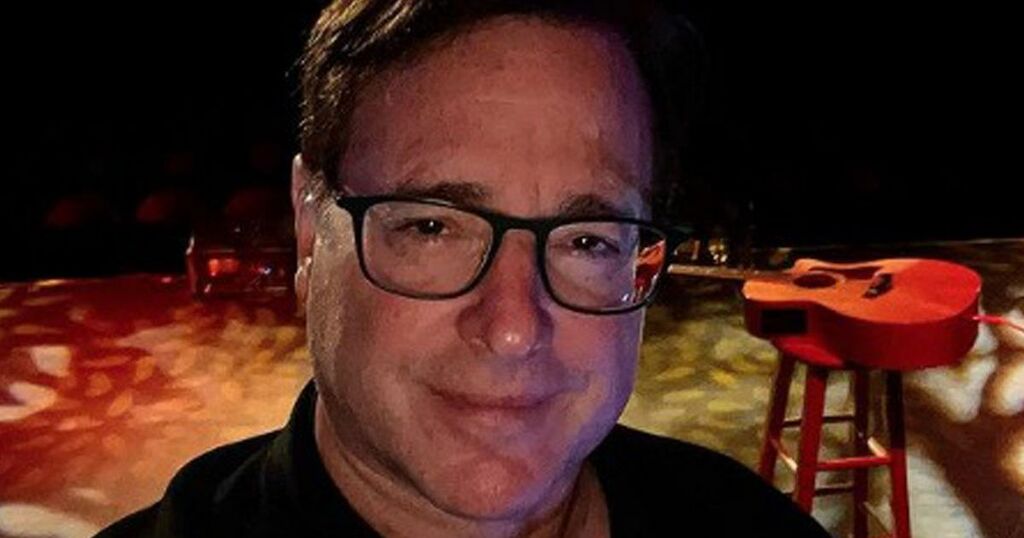 Bob Saget was looking towards the future in a heartbreaking final social media post just hours before his death.

The Full House star was found dead at a hotel in Orlando, Florida on Sunday.

The 65-year-old's cause of death is not yet known.

Bob, who played Danny Tanner in the ABC sitcom, had been touring the States with his stand up comedy.

And in a final Instagram post, published just hours before his tragic passing, the actor had shared his excitement about what was to come.

Sharing a selfie he'd taken from the stage, with an acoustic guitar seen lying on a stool behind him, Bob wrote: "Okay, I loved tonight’s show @pontevedra_concerthall in Jacksonville. Really nice audience. Lots of positivity.

"Thanks again to @comediantimwilkins for opening. I had no idea I did a two hour set tonight. I’m back in comedy like I was when I was 26. I guess I’m finding my new voice and loving every moment of it.

"A’ight, see you in two weeks Jan. 28 & 29 @pbimprov with my brother @therealmikeyoung - And check BobSaget.com for my dates in 2022 – – Goin’ everywhere until I get the special shot. And then probably keep going cause I’m addicted to this s**t. Peace out."

His optimistic post became a place for fans and friends to express their sorrow over his death.

While fellow actor and comic Kevin Nealon penned: "Good bless you, Bob. It's been a lot of years with us."

And another commented: "You and uncle Phil. 2 TV Dads gone forever. RIP Bob"

Bob was pronounced dead at the Ritz-Carlton Hotel in Orlando on Sunday, but the circumstances surrounding his death have not yet been revealed by authorities.

An Orange County Sheriff's Office spokesperson said in a statement: "Earlier today, deputies were called to the Ritz-Carlton Orlando, Grande Lakes for a call about an unresponsive man in a hotel room.

"The man was identified as Robert Saget and pronounced deceased on scene. Detectives found no signs of foul play or drug use in this case."