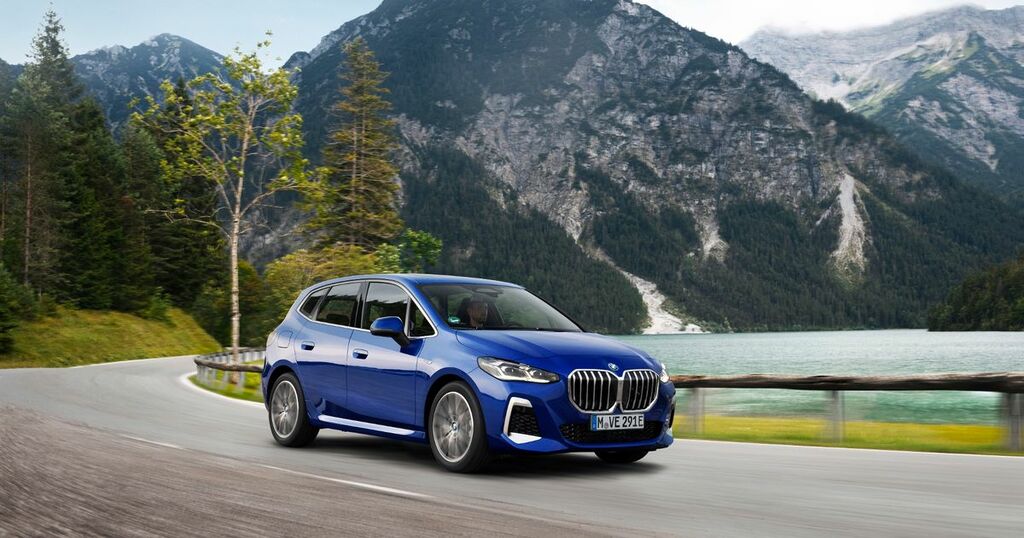 A NEW version of BMW’s 2 Series Active Tourer MPV has been revealed – with the model featuring a fresh design and hi-tech systems previously reserved for the brand’s more expensive vehicles.

Two petrol and one diesel powertrain will be available when the premium German marque's new Active Tourer arrives in the UK next March, with two plug-in hybrid variants to follow.

The hybrids – due for release in the summer – have all-wheel drive and a zero-emission range of up to 49 miles on a full charge.

The new model is larger than its predecessor – by 32mm in length, 24mm in width and 21mm in height.

Load capacity can be expanded from 470 to 1455 litres for the 218d Active Tourer or from 415 to 1405 litres for the mild-hybrid petrol versions. The boot of the plug-in hybrid model holds up to 1370 litres of cargo.

Sport, Luxury and M Sport variants will make up the range, with the new Active Tourer being the first compact BMW to use the company’s new Operating System 8 which brings high-speed connectivity to the car.

Styling cues inside come from the new all-electric BMW iX, which includes a curved display angled toward the driver, while a full range of driver assistance features such as automated parking and lane control systems are also included.

All versions are fitted with BMW’s latest seven-speed dual clutch automatic transmission and further details of the plug-in hybrid models will be announced later.