By Angel Sergeev
BMW
Listen to this article

BMW is ready with its summer model update for its 2022 model range, which includes a new standard infotainment system for the 2 Series Coupe and the M3. The company’s iDrive 8 tech will be standard on all versions of the performance coupes starting from July this year. There are other upgrades also worth mentioning but let’s start with the new curved displays.

It may seem a little unexpected for BMW to give the two models such a huge tech boost without an actual generation change or a facelift, though the move makes a lot of sense. The automaker will soon launch the new M2 and M3 Touring, both already confirmed to get the new iDrive 8 system. It would've been weird for the lesser 2 Series Coupe models and the standard M3 sedan to stick with the previous-gen infotainment, which easily explains the mid-cycle upgrade.

BMW’s new infotainment system is now standard for the refreshed X7 and will soon be available on all 2 Series Coupe versions. It will come with a new dashboard design, featuring a 12.3-inch instrument cluster and 14.9-inch infotainment display. The two screens are incorporated behind a single glass surface curved towards the driver, giving the impression of one very large display. The same system will be also standard on the M3 sedan starting from July this year. As a side note, BMW revealed the facelifted 3 Series family just earlier this week.

All models of the Bavarian brand equipped with iDrive 8 will get enhanced digital services, including updated navigation functions. Soon, a new advanced software for purely electric vehicles will be enabled, activating battery preconditioning in preparation for DC fast charging.

Elsewhere in the 2022 lineup, the 2 Series Active Tourer will receive two new plug-in hybrid powertrains plus a 48-volt electrified diesel engine. Two new engines will aslo join the 2 Series Coupe’s range, while the 4 Series Gran Coupe will get two new six-cylider units. New equipment packages will be added to the 1 Series and 2 Series lineups. All these changes will become effective starting from July this year. 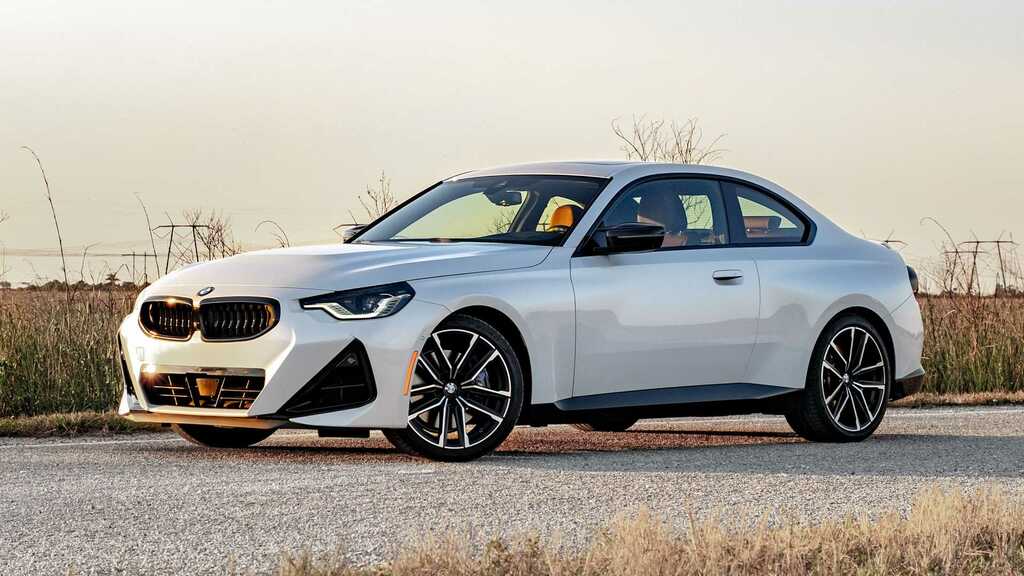 BMW 2 Series Coupe Gets Base 218i And M240i With Rear-Wheel Drive
Standard shift paddles and iDrive 8 are also on the list of novelties for this summer.

Engine options remain the same for this mid-cycle refresh, which should reach US dealerships later this year.

No big grilles, no problem.