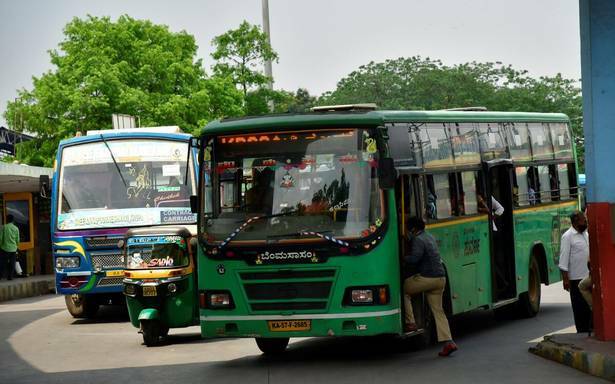 The Bangalore Metropolitan Transport Corporation (BMTC) on Tuesday told the High Court of Karnataka that a civil suit has been filed before the jurisdictional court seeking a sum of ₹2.66 crore from the union and others towards loss and damage caused owing to the bus strike from December 11 to 14, 2020.

In a statement submitted before the Court on the actions taken for recovery of loss and damages caused due to strike by its employees, the BMTC has also said that around 3,600 employees took part in strike and proceedings were initiated against them and action was taken in 43 cases so far. The details were submitted before a Division Bench, comprising acting Chief Justice Satish Chandra Sharma and Justice Sachin Shankar Magadum, during the hearing of a PIL petition filed by a cultural and social service organisation.

On the action taken in connection with another strike by State transport employees from April 7 to 21, 2021, the BMTC has said that it has terminated the services of 359 trainee employees and discharged 230 employees who were in their probationary period, and ordered the premature retirement of 27 employees while dismissing 676 employees from service.

Of the 2,494 employees who were suspended for participating in the strike during April this year, and order of suspension of 2,421 were recalled later.

While recording the actions initiated, including registration of of several criminal cases in connection with the strike, the Bench disposed of the petition.