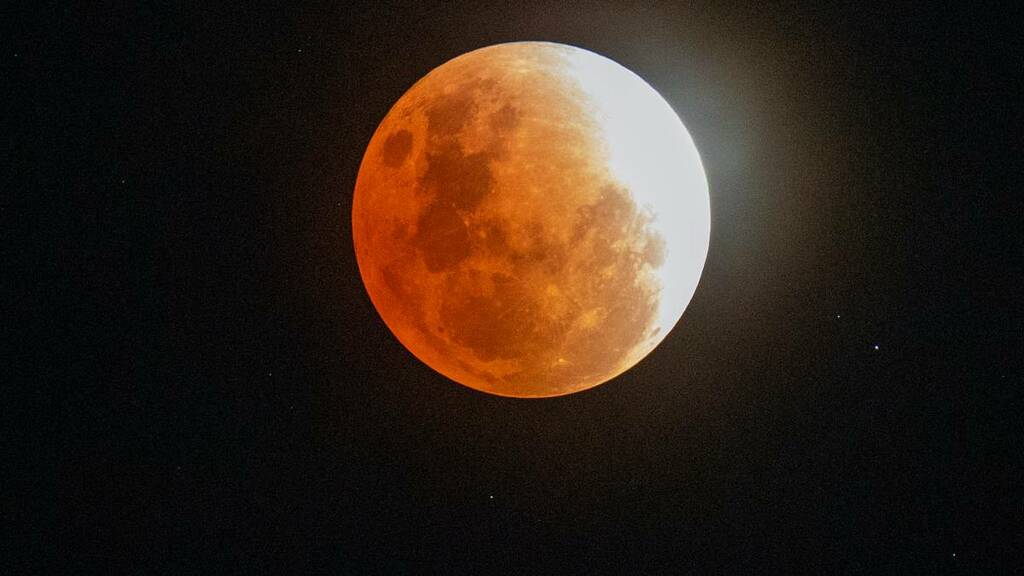 The moon's face was 97 per cent covered by the deepest part of the Earth's shadow, turning the lunar surface briefly red.

Josh Kirkley, an astronomy educator at the Stardome Observatory and Planetarium, says the reason this particular eclipse - dubbed a blood micro moon - is special is because of the long time it was on display.

It took place over three hours and 28 minutes last night - the longest since the year 1212.

Skygazers saw the near-total eclipse begin very soon after moonrise at 8pm. They then saw Earth's shadow gradually cover the surface of the moon as it rose higher in the sky.