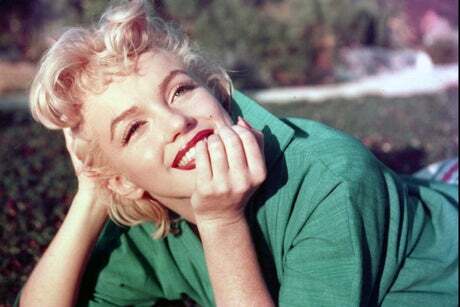 It's no secret that Khloe has been working hard in the gym, and has wowed fans with skinny snaps taken…

Pedestrian.tv
EA's looking for a buyer, and NBC almost went for it

Inverse
From analysis to good news, read the world’s best news in one place
Game On: NASA To Develop Virtual Mars Challenge

Blonde: will a shocking new film shatter the myth of Marilyn Monroe?

Nearly 60 years after her death, the entertainment industry’s attempts to resurrect Marilyn Monroe continue apace. Earlier this week, Andy Warhol’s 1964 silk-screen portrait of the actor was sold at auction for $195m – the highest sum ever paid for a work of 20th-century art.

The previous week, Kim Kardashian turned up to the Met Gala in New York in the $4.8m crystal-covered nude silk gown Monroe wore to serenade John F Kennedy at his 45th birthday party.

It was deemed a less-than-successful tribute. While Warhol’s immortalisation of the actor in blue-and-pink pop art helped seal her image for the next half century, a reality TV star donning a dead woman’s frock in quasi-emulation went down less well. Details of the extreme diet Kardashian undertook to squeeze into the gown sat ill at ease with Monroe’s mystique. The revelation that she required a white stole because she couldn’t manage the zipper further undid the effect.

On Thursday, the International Council of Museums weighed in, sternly noting that “historic garments should not be worn by anybody, public or private figures.” While the dress was the property of a private collector – Ripley’s Believe it or Not! – its heritage, they continued, “must be understood as belonging to humanity” and the artefact “kept preserved for future generations”.

That an outfit worn by an actor to sing Happy Birthday should be afforded the reverence of the magna carta is testiment to the seriousness, as well as the fever, with which Monroe is still held in the cultural imagination.

It’s not just Hollywood that claims her as a person of key historical importance. A decade ago, a black-and-white shot of Monroe was chosen as the poster for the 2012 Cannes film festival, which described her as “an eternal icon whose grace, mystery and power of seduction remain resolutely contemporary … the Festival is a temple of glamour and Marilyn is its perfect incarnation.”

This year’s Cannes begins on Tuesday, and many people had anticipated Monroe would again be the de facto star. Festival director Thierry Frémaux had “loved” Blonde, a new biopic of the star, and wanted it to play on the Croisette. Its director, Andrew Dominik, was thrilled to accept.

Yet Netflix, the company behind the film, were not so enamoured. Longstanding wranglings between the festival and the streaming giant have meant Frémaux’s team now impose strict conditions on films that play in competition: they must open in French cinemas and not be seen online for a further 18 months.

Netflix baulked and offered an eight-month theatres-only compromise, which Frémaux reportedly rejected. An out-of-competition spot was not sufficiently tempting for Netflix, whose awards ambitions are yet to be wholly sated by the successes of films such as Roma, Marriage Story and The Power of the Dog.

It now seems likely Blonde will premiere instead at the Venice film festival in late August – where comparable titles such as Pablo Larraín’s Princess Diana biopic Spencer and Jackie, his take on JFK’s widow, first screened.

Yet advance word on the film suggests that it may be cut from rather less rarefied cloth. While Larraín’s films were experimental in style and unflinching in their depiction of the women’s inner struggles, they remained essentially reverential. Dominik’s film is reportedly brutal – and revolutionary.

“There’s something in it to offend everyone,” the director said this week in response to the decision of the US ratings board to award it an NC-17 certification – which dramatically limits its commercial prospects.

Dominik, whose previous work includes Australian crime film Chopper and a Jesse James western starring Brad Pitt and Casey Affleck, remained bullish in his defence of his film. “It’s a demanding movie,” he said. “If the audience doesn’t like it, that’s the fucking audience’s problem. It’s not running for public office.

“I want to go and see the NC-17 version of the Marilyn Monroe story.”

The film, which follows Monroe from her troubled childhood through to her death from a barbiturates overdose aged 36, has been a passion project for Dominik since the publication of Oates’s book 22 years ago. Knives Out actor Ana de Armas stars in the title role – taking over from Jessica Chastain, who took over from Naomi Watts.

Dominik has credited the #MeToo movement with enabling him to make a film sufficiently “critical of American sacred cows”. Before then, he said, “nobody was interested in that sort of shit – what it’s like to be an unloved girl, or what it’s like to go through the Hollywood meat-grinder”.

Other early viewers of the film have also been impressed. Jamie Lee Curtis, who co-starred with de Armas in Knives Out and whose father, Tony Curtis, features as a character in the film, said: “I dropped to the floor. I couldn’t believe it. Ana was completely gone. She was Marilyn.”

The version of Monroe with which Blonde confronts audiences is likely to be challenging as well as familiar. How great an appetite there is for a radically demythologised take on this most totemic of sex symbols remains to be seen.

It's no secret that Khloe has been working hard in the gym, and has wowed fans with skinny snaps taken…