Blinken tells Taliban any legitimacy ‘will have to be earned’ 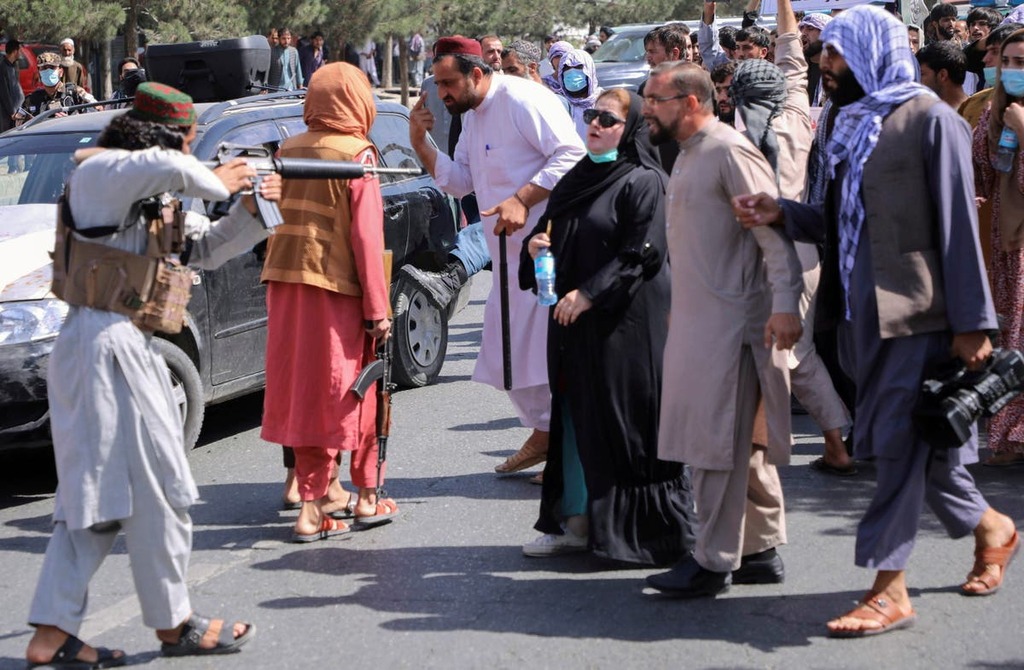 The Taliban is officially in control of Afghanistan, but that doesn’t mean the US will recognise it on the international stage, according to Secretary of State Anthony Blinken. Instead, American support for the international legitimacy of new regime “will have to be earned”.

“The Taliban seek international legitimacy and support,”  Mr Blinken told reporters during a meeting with his European counterparts at Ramstein Air Base in Germany on Wednesday. “Any legitimacy, any support will have to be earned, and we heard that across the board, from everyone participating in today’s session.”

The Taliban announced a caretaker government on Tuesday filled with many hardline members of its past regimes, a political arrangement that Mr Blinken said  “certainly does not meet the test of inclusivity and it includes people who have very challenging track records”.

The new government, largely composed of Taliban loyalists and no women rather than representatives of Afghanistan’s many different ethnic groups, includes Mohammad Hasan Akhund, a close aide to deceased Taliban founder Mullah OMar; Sirajuddin Haqqani, son of the founder of the Haqqani terror network and one of the FBI’s most wanted men; and Mullah Mohammad Yaqoob, son of Mullah OMar himself.

The group had previously promised an “inclusive” new regime, as it seeks to form a softer public image on the international stage.

“The Islamic Emirate decided to appoint and announce a caretaker cabinet to carry out the necessary government works,” Taliban chief spokesperson Zabihullah Mujahid said on Tuesday, noting it was an “acting” government which would eventually “try to take people from other parts of the country”.

The armed group has missed an early chance as it retook Afghanistan to build a more stable political arrangement for the country, American University of Afghanistan’s Obaidullah Baheer told Al Jazeera.

“The amount of time spent wasn’t on discussing or negotiating inclusivity or potential power sharing with other political parties. That time was spent on knowing how to split that pie amongst their own ranks,” he said.

United Nations spokesperson Farhan Haq has also criticised the new government plan, telling reporters in New York that only a “negotiated and inclusive settlement will bring sustainable peace to Afghanistan”.

Despite a concerted effort to engage with the international community, including opening a foreign office in Doha, Qatar, as well as social media profiles, it’s not evident yet the Taliban has changed its actual treatment of Americans and Afghans on the ground.

Those leaving the country reported problems and delays earlier this week getting chartered planes out of the airport, now under Taliban control, and the US has begun moving to evacuate people overland in addition to the Kabul airport.

And despite promises of an “amnesty” for those who cooperated with US and other foreign troops, Afghans report Taliban fighters are still seeking out and executing old political enemies.

On Tuesday, the Taliban violently broke up a protest in Kabul of hundreds of people, including many women, with warning gunshots, beatings, and detentions.

German Minister of Foreign Affairs Heiko Maas said the international community won’t abandon Afghanistan, even if the Taliban rule proves to be retrograde, but argued during the meeting on Wednesday that, “It must be clear to the Taliban that international isolation cannot be in their interest.”