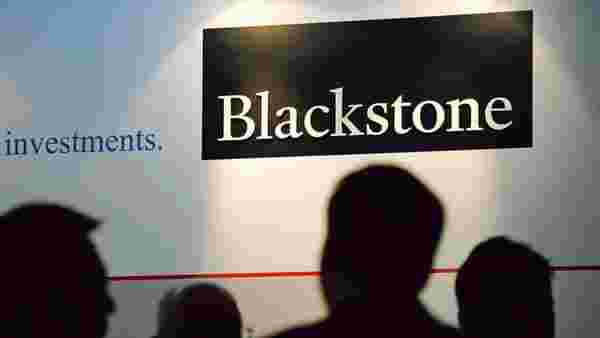 Soho China is controlled by two high-profile entrepreneurs, Pan Shiyi and his wife Zhang Xin, and the deal’s collapse marks the latest setback for the country’s embattled business leaders.

After the deal was announced in June, the husband-and-wife team faced criticism in China, with assertions online that they were cashing out and moving money abroad, despite Beijing’s aversion to such practices. Soho China didn’t immediately respond to requests for comment.

Blackstone’s offer was conditional upon approval by China’s antitrust regulator, the State Administration for Market Regulation. But the U.S. private-equity giant and Soho China said Friday that they hadn’t been able to make sufficient progress on meeting the conditions for the deal within their agreed time frame.

“The transaction had caused disquiet in China with several Chinese press and social media posts urging SAMR to block the transaction due to the premise that the deal is unpatriotic," wrote Arun George, an analyst at Global Equity Research Ltd. who publishes on the Smartkarma platform, adding that “antitrust approval would also not sit well with President Xi Jinping’s recent calls for wealth redistribution."

President Xi’s plans to promote social equality and distribute wealth more evenly, summarized by the catchphrase “common prosperity," have marked a turn in official rhetoric and popular sentiment toward business people who have amassed fortunes in recent decades.

Ms. Zhang and Mr. Pan founded Beijing-based Soho China in 1995, and still own a near-54% stake in the business. Ms. Zhang is a former Goldman Sachs banker and the duo set up scholarships to help Chinese students attend Harvard, Yale and the University of Chicago.

The developer attracted attention in 2019, when Bloomberg reported it was considering selling a majority of its commercial property holdings—a plan that critics said showed that it was trying to offload assets in China.

Blackstone has ramped up investments in China in recent years, particularly in logistics parks and warehouses. The company owns about 6 million square meters of properties in China, according to a June filing, or the equivalent of about 64.6 million square feet.

Chinese leaders had counted on Stephen Schwarzman, Blackstone’s billionaire co-founder, and other Wall Street financiers to act as go-betweens with the Trump administration as tensions over trade rose. The Blackstone leader also founded the Schwarzman Scholars, an international postgraduate award program at Tsinghua University in Beijing.

Real-estate deals in China typically only require a simple regulatory review, lasting about a month, because they are unlikely to result in monopolistic market power. In this case, however, the deal may have been put under a more extensive formal review. Soho China said in early August that its application for a review had been formally accepted. Since then, the regulator hadn’t said anything about the deal in more than a month, suggesting a more thorough review was under way.

Soho China shares closed Monday in Hong Kong at 2.29 Hong Kong dollars a share, the equivalent of about $0.29, and less than half the HK$5-per-share offer price. The takeover had implied a value of about $3.3 billion for all of Soho China’s shares, although the controlling shareholders had planned to retain a 9% stake.