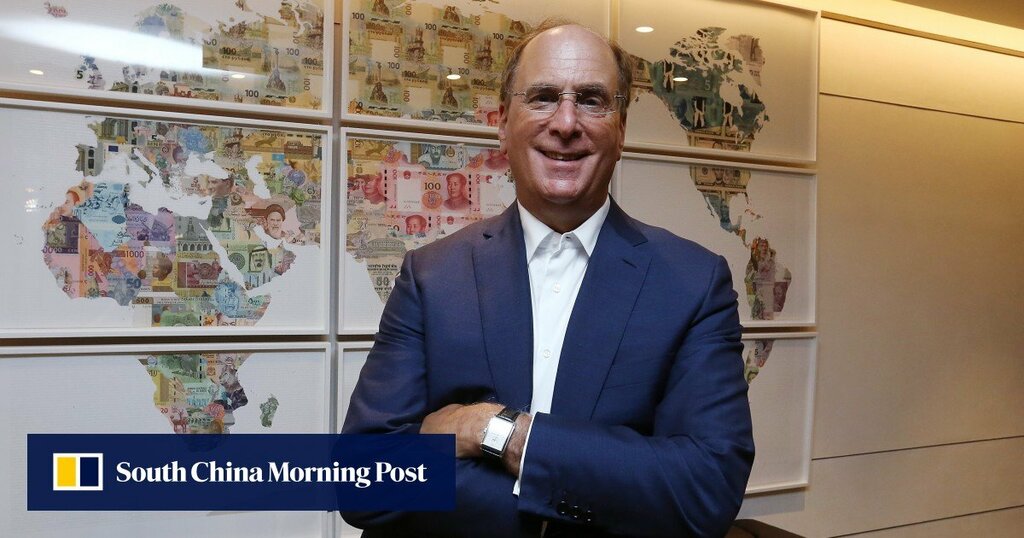 BlackRock, the world’s biggest asset manager, said on Wednesday that it had raised 6.7 billion yuan (US$1 billion) with its first mutual fund in China, with the announcement coming just days after billionaire investor George Soros called its investment in the country a “tragic mistake”.

New York-based BlackRock, which has been bullish on rising incomes and the growth potential in China, won a licence in June to become the first global asset manager to start a wholly-owned onshore mutual fund business in the world’s second-largest economy. Before receiving its licence, the company had issued funds in China through its fund-management joint venture with state-owned Bank of China since 2006.

The BlackRock New Horizon Mixed Securities Investment Fund attracted more than 111,000 subscribers over a five-day fundraising period the ended September 3, the company said in an announcement on Wednesday. The fund was officially established on Tuesday, the company said.

“We are committed to bringing long-term investment opportunities for Chinese investors, leveraging our track record in investing in A shares and our expertise in investment and risk management to help more investors improve their financial well-being,” Chi Zhang, BlackRock Fund Management’s general manager, said in a statement.

BlackRock is the first foreign company to be allowed to solely market its own mutual funds in China following a change in rules by Chinese regulators and is expected to be joined by other foreign competitors soon.

Fidelity International confirmed last month that it had received approval from Chinese regulators to establish a wholly foreign-owned mutual fund company in China and asset managers Neuberger Berman and VanEck are among other competitors seeking licences.

“We are very proud of achieving this milestone for our China fund management business, and are grateful for investors’ overwhelming support,” said Rachel Lord, BlackRock’s chair and head of Asia-Pacific.

BlackRock’s expansion in mainland China comes amid a crackdown on the nation’s technology sector that has unnerved investors and drawn the ire of China bears such as Soros.

In an opinion piece in The Wall Street Journal on Monday, Soros, whose investment firm took a 25 per cent stake in Hainan Airlines in 1995 before exiting nearly two decades later, argued that global financial firms such as BlackRock were focusing on potential profits from the further opening up of China’s financial system, even as Washington and Beijing were in a “life and death conflict” over their systems of governance.

Soros, who warned two years ago that Chinese President Xi Jinping was the “most dangerous opponent” to open societies, also called for the US Securities and Exchange Commission to limit capital flows to China.

China has rapidly implemented a variety of regulatory reviews and changes targeted at the country’s high-flying technology entrepreneurs, including rewriting the rules for companies seeking to list overseas if they hold the personal data of 1 million or more Chinese people. Xi has also called for “common prosperity” in China to narrow the nation’s wealth gap, with the country’s richest encouraged to donate part of their wealth to help achieve these goals.

Despite these headwinds, BlackRock and other investors have remained bullish on the potential from rising incomes and growth in China.

“We are also committed to helping more people in China meet their long-term goals, such as retirement,” Larry Fink, the BlackRock chairman and CEO, said in his annual letter to shareholders in April. China has a high savings rate, but most of that money is currently in bank accounts, where it is generating only a small amount of interest. For China to address its retirement challenge, these assets must be put to work in products that can offer greater returns.

Speaking at a Bloomberg event this week, Ray Dalio, the founder of Bridgewater Associates, the world’s biggest hedge fund, said China and Singapore, where his family office added an outpost last year, were parts of the world that could not be ignored.

“It’s a part of the world that one can’t neglect and not only because of the opportunities it provides, but you lose the excitement if you’re not there,” Dalio, a long-time China bull, said at the event. “And so our objective is to be there both economically and investment-wise.”