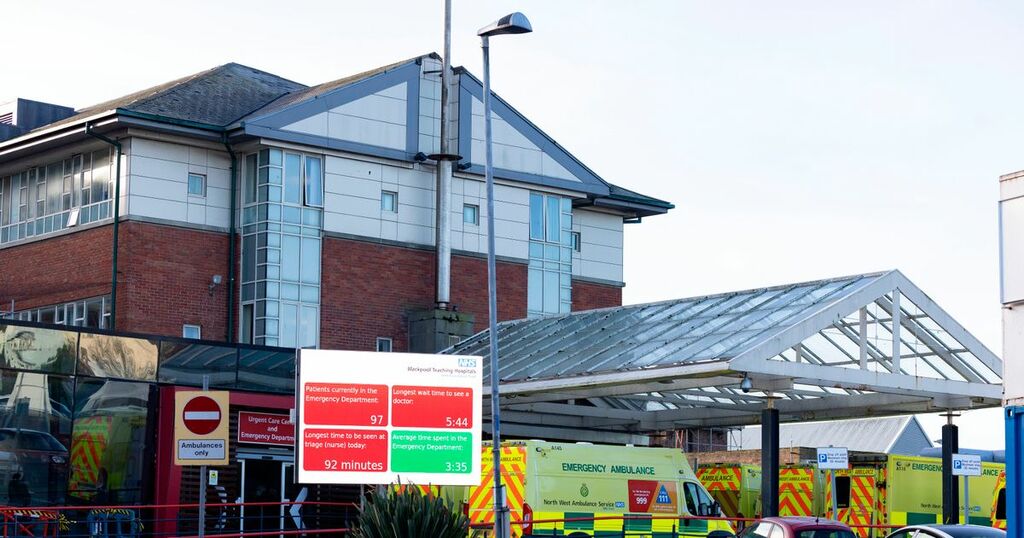 Michael Zainne Francis, 33, was jailed after crashing in Pontlliw, South Wales, while high on cocaine and leaving his female…

Michael Zainne Francis, 33, walked away from the incident with just bruising.

Five health workers have been charged with a range of criminal offences as part of a major police investigation into the alleged ill treatment of stroke patients in hospital.

The charges were announced more than three years after police were contacted by Blackpool teaching hospitals NHS foundation trust in November 2018 about concerns raised over the care provided to a number of patients.

Three nurses and two healthcare assistants who worked at Blackpool Victoria hospital have been charged with offences including ill treatment relating to the unlawful sedation of patients, as well as the theft and supply of medication.

Lancashire police said the investigation centred on “the care provided to often elderly and vulnerable people” over “a number of years”. The alleged offences were committed on the hospital’s stroke unit.

Catherine Hudson, 52, of Coriander Close, Blackpool, was charged with seven counts of a care worker ill-treating or wilfully neglecting an individual, eight offences of conspiring to steal from an employer, one count of theft by employee, and one count of perverting the course of justice.

Charlotte Wilmot, 47, of Bowland Crescent, Blackpool, was charged with encouraging/assisting in the commission of an offence believing it will be committed, relating to encouraging a nurse to sedate a patient, one count of conspiring to ill-treat a patient, and four offences of conspiring to steal from an employer.

Matthew Pover, 39, of Bearwood Road, Smethwick, West Midlands, was charged with conspiring to steal from employer, theft by employee, supplying a class C drug and offering to supply a class C drug.

The charges relate to the period between August 2014 and November 2018. All five defendants are due to appear at Blackpool magistrates court on May 31.

Detective Ch Insp Jill Johnston, leading the investigation, said: “This is a complex investigation into allegations of unlawful sedation and ill treatment of patients on the stroke unit at Blackpool over a number of years.

“The safety of patients and the public remains our absolute priority and this inquiry has investigated the care provided to often elderly and vulnerable people. Everyone should be safe in hospital, to receive the care they require and be treated with dignity and respect.

“Our investigation remains ongoing and we continue to provide support to the many families affected. I would encourage anyone with information to contact the investigation team in confidence and someone from the team will recontact you.”

Police said the investigation was not linked to the charging of a 51-year-old man in December 2021 with a number of sexual assaults at the hospital. A murder investigation into the death of Valerie Kneale on the stroke unit continues.

Michael Zainne Francis, 33, was jailed after crashing in Pontlliw, South Wales, while high on cocaine and leaving his female…

Michael Zainne Francis, 33, walked away from the incident with just bruising.