Blackpink’s Lisa on ‘shining like a star’, confidence and her solo work 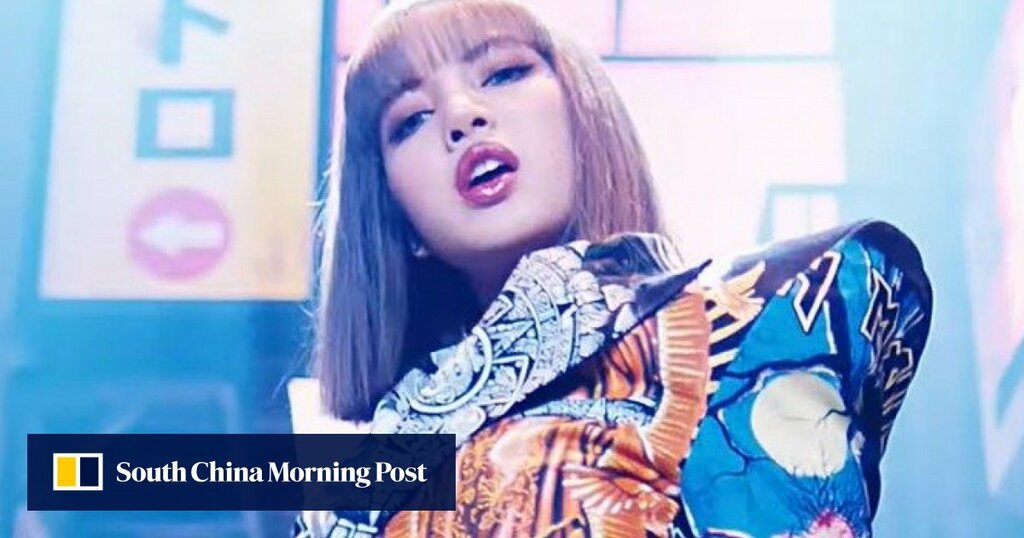 “From Thailand to Korea, and now here, went for the throat/Being the greatest of all time ain’t fantasy,” sings Lisa of Blackpink on her first solo single, Lalisa.

Lalisa Manobal, better known as Lisa, is one of the world’s biggest Asian stars, and she hypes herself up as such on the hip-hop-fuelled dance track and its B-side, Money – released together as a single album.

“​​I have been preparing for a long time,” she tells the Post. “I couldn’t believe it at first. I kept thinking, ‘Is this real?’ I think it hit me more when I started filming the music video.”

Lisa, a member of one of K-pop’s biggest acts, Blackpink, has become not only the most popular K-pop star on Instagram (with 61.9 million followers) but a brand ambassador for some of the world’s biggest fashion houses, including Celine and Bulgari.

Her debut on September 10 came soon after the band’s fifth anniversary in August. Both as a quartet and as individuals (Jennie and Rosé have also released solo music and, along with Jisoo, have well over 45 million Instagram followers each), the women of Blackpink are some of the most prominent Gen Z pop stars and fashion icons in the world.

While Jennie’s Solo was a declaration of independence and Rosé’s On the Ground a show of creative ambition, Lisa’s Lalisa is a brashly confident self-love anthem. Her sleek braggadocio blends with her spitfire vocals and endearing charm as she takes centre stage as a charismatic pop star.

“I was really happy when I saw the other members’ preparing for their solo projects and now they congratulate me so much,” says Lisa. “Jennie and Rosé [each] did a really good job on their solo albums, so now it is my turn to take that energy and show mine to the fullest. Because I had to fill the album with my voice only, my first goal was to show my own colour, uniqueness.

“It is an album that I worked on thinking of the fans who always have been believing and supporting Blackpink,” she says. “Lalisa is full of confidence. This is not only my album concept, but also a message that I want my fans to take away by listening to it. I hope we all love ourselves and be happy.”

The music video for Lalisa shows all the sides of the singer that fans have come to know and love, from a tweedy, urbanite-meets-girl-next-door moment to scenes where she is pole dancing and dirt biking with her crew.

Then Lalisa comes to a segment that breaks up the song, where – sat on a golden throne – she wears a golden outfit by Thai designer Asava and a multi-tiered headdress known as a mongkut.

In a connected dance break, she and her team of dancers perform on a Thai temple-inspired set and evoke classical Buddhist-inspired Thai dance moves, such as the hypnotic thousand hands dance, in a celebration of all things Lalisa. “I’m confident standing above the sky,” Lisa proclaims.

Lisa’s well-loved onstage confidence contrasts with her softer side and the sentimentality she drew on to incorporate her Thai roots in the music video.

This aspect of Lisa was on full display in Blackpink’s recent anniversary documentary film, Blackpink: The Movie. In one scene, she’s brought to tears as she recalls how far she has come to get where she is – how she was a “little woman” who dreamed big and now has received all this love.

“I thought I was a really small person compared to the love that the fans gave me,” she says, reflecting on the comment in the movie.

It’s hard to believe these two characters – one crying as she thinks of her supporters and the other, on a throne, demanding the love she deserves – are the same person. However, it fits with what Blackpink stands for: the duality of a modern female pop icon both strong and soft, charismatic and vulnerable.

For Lisa, the dichotomy is reflected in her background, too – born in Thailand’s Buriram province and raised by her mother and stepfather, she’s the only Blackpink member not of Korean descent. She is a K-pop star representing that industry and South Korea on a global scale, but she’s also her own person, with her own heritage and life to share.

She first won renown on the Thai scene as part of a popular dance crew, which also produced fellow Thai K-pop star BamBam of Got7, before competing on a popular television competition show.

With her heart set on becoming a K-pop star, Lisa joined prominent Korean music company YG Entertainment when she was 13. Six years later, Blackpink debuted in 2016 with Lisa as the youngest member.

Because of her fame, Lisa says it was impossible to not focus on her heritage for her first solo effort. “I wanted to capture the path I walked,” she says, “and I wanted to let fans around the world know the beauty of Thailand.”

Whether she did that remains up for debate: in Thailand, media outlets and internet users have taken to analysing the Thai trappings featured in her music video. Some see the scene where she looks like a police officer with dancers in riot gear as a commentary on the country’s recent political turmoil. Others think her use of certain religious items inappropriate. Regardless of the dialogue, however, Lalisa is well-loved.

It’s with this love that a fan recently called out Lisa for a performance video of Money in which the star wears braids that look like box braids – an oft-discriminated against hairstyle mainly worn by people in black communities.

When a fan addressed the racially fraught hairstyle during an online fansign event, Lisa, in words rarely heard from K-pop stars, answered in an apologetic tone. “I didn’t know … I didn’t have bad intentions,” she said during the call. “I feel so bad. I’m very sorry someone got hurt … I’ll be careful from now on.”

Despite being the biggest star in her country, Lisa presents herself as more darling than diva and is forthright about her mistakes, embracing the many facets that make up the love-worthy Lalisa.

“I want to bring positive energy to Blinks [the collective name for Blackpink fans] all around the world so that I can [be] a good influence,” she says. “I want to be an artist who can give back love as much as I’ve been loved and that fans can be proud of.”

She also has a few words for her younger self, too. “I would like to say some inspiring words to young Lisa like, ‘Keep it up on your work, Lisa! You are doing a great job. You will shine like a star, so do your best!’”