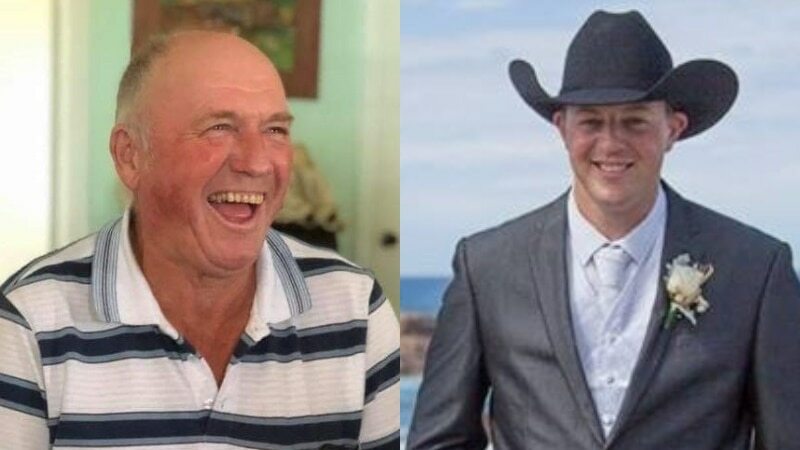 A coronial inquiry has heard of the moment a firestorm struck the Salway farm at Wandella, on the New South Wales South Coast, killing a father and son.

Robert and Patrick Salway were defending their property from the Badja Forest fire on the morning of December 31, 2019 when the blaze generated its own weather event and a firestorm hit.

Their deaths, along with that of Rural Fire Service (RFS) volunteer Colin Burns, were the subject of today's hearings at the NSW Bushfires Coronial Inquiry.

The inquiry is examining the seven deaths associated with the Badja Forest fire, which also burned much of the Cobargo township.

A witness statement from Janelle Salway said she was driving around the property looking for her husband, Robert, and son, Patrick, when "everything went dark".

Mrs Salway said she thought they had taken shelter in the farmhouse.

A short time later, once the darkness had lifted, she found their remains in a paddock near their home.

Peter Anderson was 800 metres away defending his own property.

"Fires were traveling at an extreme speed and burning paddocks with no fuel," he told the court today.

"The fire was two metres in height and rolling like a wave in the ocean.

He said he believed he survived because he had been just on the edge of the storm, not in the centre.

The court heard the Salways likely died in the paddock while defending their property and would not have had time to take shelter.

The court heard RFS volunteer Colin Burns died on the same day while trying to flee at the last minute when the Badja Forest fire hit Belowra.

Fellow Belowra RFS volunteer Ewan Thompson told the inquiry that Mr Burns lost one of three buildings on his property on December 30 and intended to stay and defend the rest.

Mr Thompson told the court he expressed concerns to Mr Burns about him staying and had a conversation, the night before Mr Burns died, about the possibility of the fire's behaviour changing.

"He never changed his mind, he was always going to stay and defend the rest of his property," Mr Thompson said.

The court concluded Mr Burns had made a late decision to flee his property but was unable to drive to safety.

Tomorrow Coroner Teresa O'Sullivan will open inquests into the deaths of Michael Clarke and Ross Rixon, who also died as a result of the Badja Forest Fire.