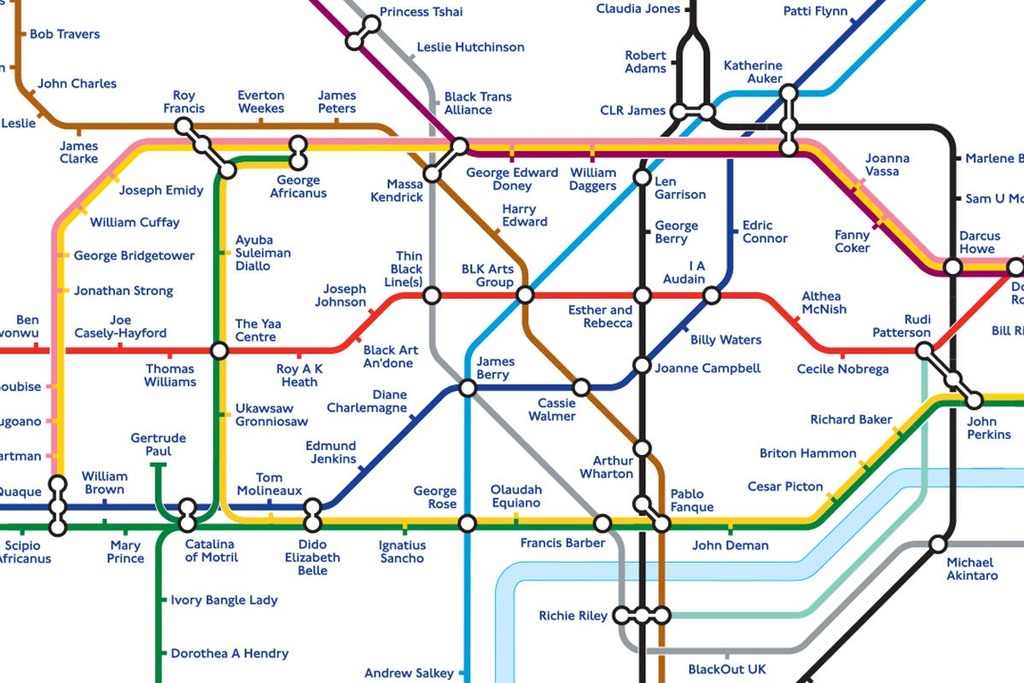 A special version of London’s Tube map has been produced, with stations named after Black figures who influenced and shaped British history.

Stations on the Black History Tube Map have been renamed for people including George Bridgetower, a virtuoso violinist who lived in London in the early 19th century, and British abolitionist Mary Prince, who escaped enslavement in Bermuda and went on to dictate an anti-slavery memoir.

The map was produced by Transport for London in partnership with the Brixton-based Black Cultural Archives to mark Black History Month, which takes place each October.

Each Tube line has a theme to its names: the Northern Line recognises campaigners, the Central Line marks those in the arts, the Bakerloo Line represents sportspeople, and the Jubilee Line includes LGBTQ+ figures.

The map will soon be available to buy as a poster, in person or online, at Black Cultural Archives.

London Mayor Sadiq Khan said: “Black history is London’s history and this reimagination of the iconic Tube map celebrates the enormous contribution Black people have made, and continue to make, to the success of our city.

“This starts with education and that’s why this new Black History Tube Map is so important.

“It gives us all the chance to acknowledge, celebrate and learn about some of the incredible Black trailblazers, artists, physicians, journalists and civil rights campaigners who have made such significant contributions to life in the capital, as well as our country as a whole.”

“We’re delighted, as part of our 40th anniversary celebrations, to use this opportunity to share new and old stories about Black history with Londoners and visitors to London.

“We hope that the map will be an invitation to find out more and to explore.”