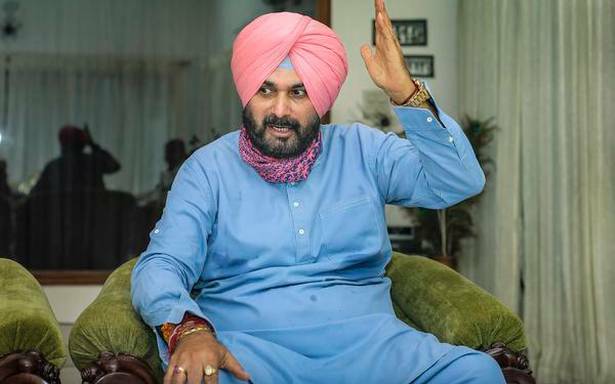 Punjab Congress chief Navjot Singh Sidhu on Saturday found himself in middle of a fresh controversy after he reportedly termed Pakistan Prime Minister Imran Khan as his elder brother during his visit to Kartarpur’s Gurdwara Darbar Sahib in Pakistan.

Even as opposition parties — the BJP and the Aam Aadmi Party (AAP) — hit out at Mr. Sidhu, voices from within the Congress also raised concerns over the Punjab party unit chief.

BJP’s national general secretary Tarun Chugh said it was most unfortunate for Punjab and the country that Mr. Sidhu, while in Pakistan has no words of praise for his motherland but instead was singing praise for the Pakistan Prime Minister, who has been sending “drones and tiffin bombs” to Punjab.

Mr. Chugh said Mr. Sidhu’s remark that Imran Khans was like his elder brother has made it evident that Mr. Sidhu is more in love with Pakistan than India.

“The Congress stands exposed for its anti-national designs even when Punjab as a border State has been struggling to defeat the nefarious plots of Pakistan,” alleged Mr. Chugh.

BJP leader Amit Malviya shared a video of Mr. Sidhu, in which he could be heard saying Imran Khan is his elder brother and that he loved him a lot. Along with the video Mr. Malviya said, “Rahul Gandhi’s favourite Navjot Singh Sidhu calls Pakistan Prime Minister Imran Khan his bada bhai (elder brother). Last time he had hugged Gen. Bajwa, Pakistan Army’s Chief, heaped praises. Is it any surprise that the Gandhi siblings chose a Pakistan-loving Sidhu over veteran Amarinder Singh?”

While he didn’t name Mr. Sidhu, Congress MP Manish Tewari on Twitter said, “Imran Khan may be anybody’s elder brother but for India he is that cat’s paw of Pak Deep State ISI-Military combine that drones’ arms & narcotics into Punjab & sends terrorists on a daily basis across LOC in J&K. Have we forgotten martyrdom of our soldiers in Poonch so soon?”