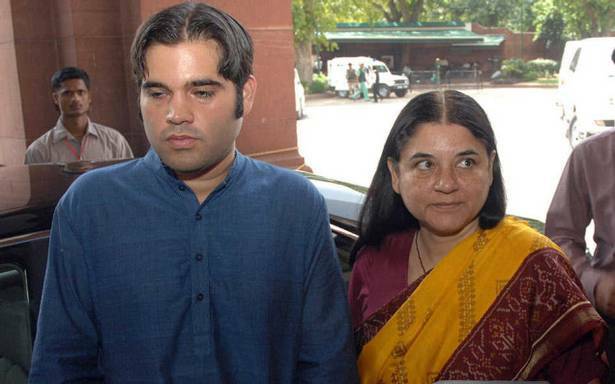 Lok Sabha members Maneka Gandhi and her son, Varun Gandhi, were dropped from the Bharatiya Janata Party’s national executive, while Union Ministers Smriti Irani and Jyotiraditya Scindia were among those inducted into the 80-member decision-making body that was announced on Thursday.

The list was announced hours after Mr. Gandhi said via a tweet on Thursday morning that the video of the Lakhimpur Kheri incident, where a group of farmers was on Sunday allegedlymowed down by cars in Union Minister of State Ajay Kumar Mishra's convoy, was "crystal clear".

"...Protestors cannot be silenced through murder. There has to be accountability for the innocent blood of farmers that has been spilled and justice must be delivered before a message of arrogance and cruelty enters the minds of every farmer..." Mr. Gandhi tweeted.

In a statement, the party said 50 special invitees and 179 permanent invitees, including Chief Ministers, Deputy Chief Ministers, national spokespersons, presidents of national wings and state unit leadership, would also be a part of the national executive committee.

Some new entrants to the party have been included in the national executive, including Mr. Scindia and Dinesh Trivedi, a former Trinamool Congress MP who joined the BJP in the run-up to the West Bengal Assembly elections earlier this year. Prominent BJP campaigners and candidates in the Bengal polls like actor Mithun Chakraborty and MP Swapan Dasgupta have also been included in the national executive.