Four well-dressed men robbed a global arts fair in Maastricht, in the south of the Netherlands, in broad daylight on Tuesday, while visitors were walking around the exhibition.

In the video, stressed bystanders are seen looking at a man smashing a display case with a sledgehammer.

One robber flashed what appeared to be a pistol at a person attempting to intervene.

In the background of the video, one of the robbers seems to be loading a gun, while what looks like an older visitor is sat on a couch watching the spectacle unfold in front of him.

Taking just moments, the robbers are seen putting something from the cabinet into a bag and making a quick exit.

While it is still unclear what exactly was stolen from the fair, police confirmed that jewellery has been taken.

The perpetrators struck the stand of British jeweller Symbolic & Chase, which is known for showcasing valuable pieces.

There has been speculation that a 27 million euro ($41 million) collier was taken, but nothing has been confirmed by authorities.

Although police reported that two Belgian men had been arrested, they have since been released and are not suspected of anything.

The robbery, already being branded 'the Peaky Blinders heist', took place on TEFAF, which is an art, antiques and design fair held annually in Maastricht.

Showcasing classic and contemporary art and jewellery from international dealers, the fair draws around 75,000 visitors each year.

Security has been increased since the robbery on Tuesday. 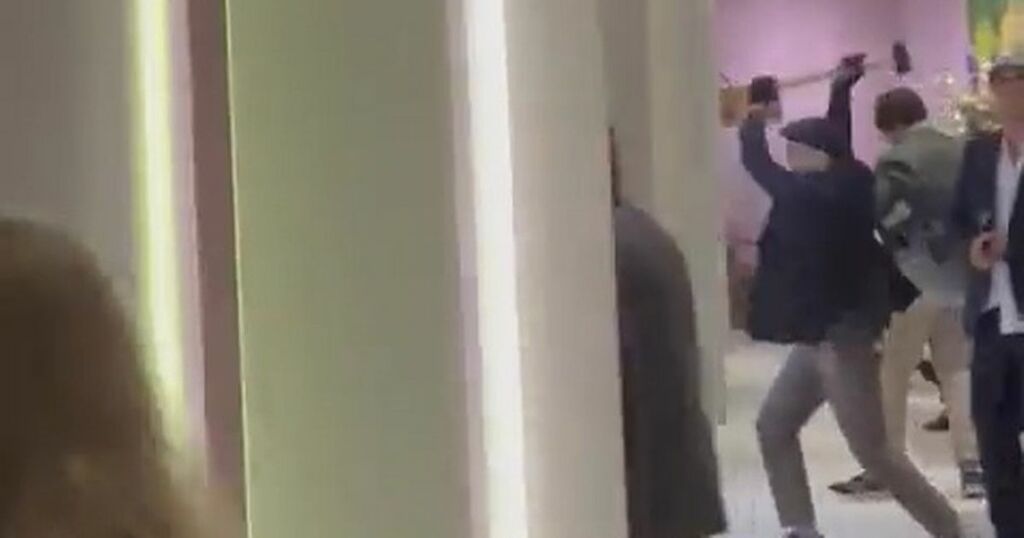 The New Daily
Most controversial Wimbledon outfits of all time