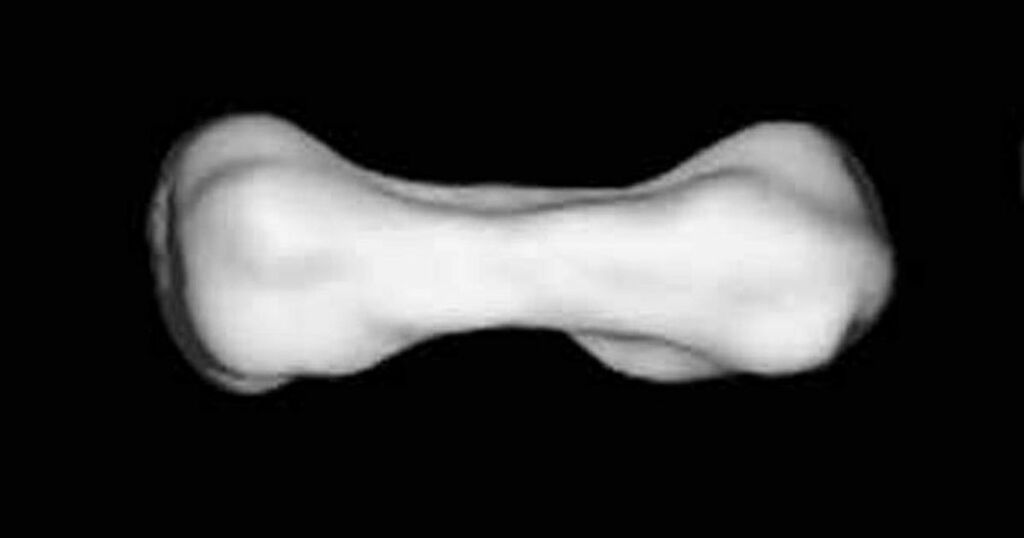 Here’s a sight that would have stargazing dogs drooling… an ­asteroid that looks like a bone.

Named Kleopatra, the space mass orbits the sun between Mars and Jupiter and has two moons.

It is one of the most unusual objects in the solar system, and is spinning at an astonishing speed.

These are the latest images of the 168-mile long and 58-mile wide asteroid that was first spotted in 1880 and show it in unprecedented detail, viewed at different angles as it rotates.

They were taken between 2017 and 2019 by the Very Large Telescope in Chile’s Atacama desert.

Dr Franck Marchis, of the SETI Institute in Mountain View, California, said: “Kleopatra is truly a unique body in our solar system. Science makes a lot of progress thanks to the study of weird outliers.

"I think Kleopatra is one of those and understanding this complex, multiple asteroid system can help us learn more about our solar system.”

“Kleopatra is 125 million miles from Earth at its closest.”

The observations identify the asteroid’s dimensions and mass more accurately than ever before and shed light on how its orbiting moons formed.

Scientists also found it is much bigger than previously thought.

Kleopatra is believed to be the remnant of a particularly violent crash between two asteroids that did not completely shatter.