Bitcoin scams: How to spot and avoid the 5 worst cryptocurrency frauds 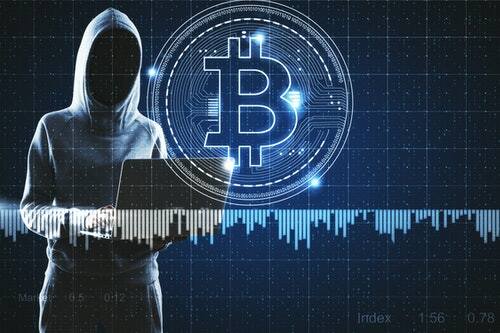 “Dojo 4 Doge?” read the message from an account purportedly run by Musk’s team, describing a competition that promised to double the amount of crypto sent in by participants.

Sebastian, who lives in Cologne, Germany, later told BBC that while he had some apprehensions, the website he was directed to looked legitimate, and the potential returns were too good to turn down. It wasn’t long before he sent ten Bitcoin (at the time valued at over $600,000) to the crypto address provided on the site. Unfortunately, after the timer on the website reached zero, Sebastian (who asked that the BBC not use his real name) realized he’d been tricked.

Stories like this are all too common. According to the Federal Trade Commission, since October 2020, almost 7,000 people have reported losses totaling more than $80 million in the U.S. alone.

Most Bitcoin scams aren’t quite as devastating as Sebastian’s, though. The FTC’s report reveals median losses have totaled $1,900. But compared to the same period a year prior, there were 12 times the number of reports and a nearly 1,000 percent increase in reported losses.

It’s not just hobbyists like Sebastian, Wall Street investors are falling victim, too. This February, 24-year-old crypto hedge-fund manager Stefan Qin plead guilty to one count of securities fraud after confessing to lying to investors for years about the returns of his $90 million fund. Qin now faces up to 20 years in prison.

Clearly, this problem is only getting worse, especially as Bitcoin and other cryptocurrencies continue to rise in value once more. Here’s what you need to know to avoid getting scammed by “Elon Musk.”

Thanks to the anonymity of the internet, scammers blend into the crypto scene with claims that can seem plausible. Cryptocurrencies are still unknown territory for many, making it harder to tell what’s real and what’s a scam. Let’s take a look at the top five crypto investment scams highlighted by the Commission:

5. Pyramid schemes: Online, people may appear friendly and willing to share their “tips,” which is often part of the ruse to get people to invest in their scheme. Some of these schemes are based on referral chains (a type of pyramid scheme) and work by bringing in people who then recruit new “investors,” read the FTC report. Scammers tell people to pay in crypto for the right to recruit others into a program in turn for rewards paid in cryptocurrency. The more you pay, the more money they promise you’ll make, they say.

4. Bogus websites: Crypto amateurs are lured to “bogus” websites that advertise opportunities for investing in or mining for cryptocurrencies — and many of these websites make it appear as though your investment is growing. However, people report that when they try to withdraw their apparent profits, they are told to send even more crypto, but they get nothing back in the end.

3. Giveaway scams: So-called “giveaway scams” — promoted on Twitter, Facebook, and other social media sites — that appear to be sponsored by celebrities or thought leaders in the cryptosphere promise to immediately multiply the cryptocurrency people send. In most cases, duped investors are just sending coins directly to a scammer’s wallet. In fact, impersonators of crypto enthusiast and self-described “Doge Father” Elon Musk have received over $2 million in 2021 alone.

2. Online dating: Other tactics include using online dating to draw people in. The FTC received reports of investors who are lured into believing they are in long-distance relationships. When a trust has been established, these “lovers” promise huge returns on exciting, new cryptocurrency investment schemes — then ghost them, leaving with the money (oh, come on, folks!).

1. Impersonating a government authority or business: Scammers are increasingly impersonating a government authority or business. Some people reported to the FTC that they deposited cash into Bitcoin ATMs to pay imposters claiming to be from the Social Security Administration. Others reported losing money to scammers posing as Coinbase, the largest U.S.-based cryptocurrency exchange and wallet provider.

It’s worth pointing out, though, that only 14 percent of reported losses to imposters on the internet involved cryptocurrency. A much larger proportion, 86 percent, involved fiat currency. But this ratio is likely to change: The crypto industry is growing exponentially. If trends continue, the percentage of losses involving digital currency looks to increase in the coming years.

And it’s not just individuals that are targeted by scams and hacks. Perpetrators of the July 2020 data breach (and subsequent data leak) of the France-based crypto wallet provider Ledger are still capitalizing on victims of the attack.

After the Ledger database was compromised, names, email addresses, home addresses, and telephone numbers of 272,000 customers were released. Now, cybercriminals are demanding payment in cryptocurrency from victims in an extortion campaign that “threatens users’ financial and emotional well-being.”

“Who’s getting scammed?” you may ask: Since October 2020, people ages 20 to 49 were over five times more likely to report losing money on crypto scams than older age groups.

Specifically, people in their 20s and 30s were hit the hardest, losing far more money on investment scams than on any other type of fraud, with more than half of the reported investment scam losses being in cryptocurrency. However, while people over the age of 50 were less likely to report losing money on crypto scams, their reported individual losses were higher, with a median of $3,250.

Arguably, younger people tend to be more susceptible to crypto scams because they are more likely to take risks and are more active and fluent with online banking and apps like Venmo and Cash App. Millennials are also more likely to have an interest in or knowledge of cryptocurrency than their older counterparts.

On May 25 — a week after hackers took over the Colonial Pipeline and demanded $5 million in Bitcoin — financier Lee Reiners published an op-ed in the Wall Street Journal titled “Ban Cryptocurrency to Fight Ransomware.”

As you might imagine, the crypto community didn’t respond well, but the author did have one or two interesting points. Reiners notes that cryptocurrency firms serving U.S. customers are supposed to be subject to the same anti-money laundering (AML) requirements as traditional financial institutions. To better bridge this gap, he argues, we need better coordination between the federal government and crypto firms.

He also highlighted how, in mid-May, the Treasury proposed granting more resources to the Internal Revenue Service to address crypto tax collection, with the intent of having users report receipts of more than $10,000 in coins to the agency. “Both proposals should be adopted,” Reiners says, “but they will be effective only if other countries follow suit.”

In April, Hester Peirce, a commissioner at the Securities and Exchange Commission (SEC), argued in an interview with MarketWatch that the U.S. is falling behind other countries in constructing a regulatory framework for the blockchain and cryptocurrency industries. This failure to act threatens to deprive the U.S. economy of the benefits of this innovational tech, they say.

“We’re certainly falling behind the curve.”

“We've seen other countries take a more productive approach to regulating crypto. Our approach has been to say no and tell people to wait… we need to build a framework that is appropriate for this industry.”

This, arguably, is a sentiment held by most (but not all — and with good reason) cryptocurrency enthusiasts, users, and associated businesses.

When it comes to regulation, many in the cryptosphere are conflicted. While it may seem to go against the decentralized ethos of cryptocurrency, governmental regulation may help protect traders and investors and deter bad actors. And more concerted nationwide policies concerning crypto could help bring legitimacy to the industry, driving institutional adoption (something both sides agree is vital to long-term success).

It’s finding the balance that’s difficult. Instead of tightening the reins on cryptocurrencies themselves, a more tactical solution might be to better educate the public about growing instances of crypto-related scams. This could involve social media campaigns and crypto-literacy lessons aimed at young consumers or other hobbyists entering the space.

Cryptocurrency exchanges like Coinbase could also play a more visible role in educating users. We need to recognize that with growing enthusiasm in the industry, critical thinking sometimes goes out the door. People need to be made aware of the risks.

How to stay safe from Bitcoin scams

The FTC, in their report, provided several tips to help people “play it safe” when it comes to cryptocurrency. These include:

In closing, here are some final thoughts to consider if you’re interested in getting involved with cryptocurrency: Use common sense and be careful where you invest your money (and who you invest it with); be smart, do your research, and you’ll likely come out unscathed.