Bira owner to ramp up production to 2.3 mn cases a mth 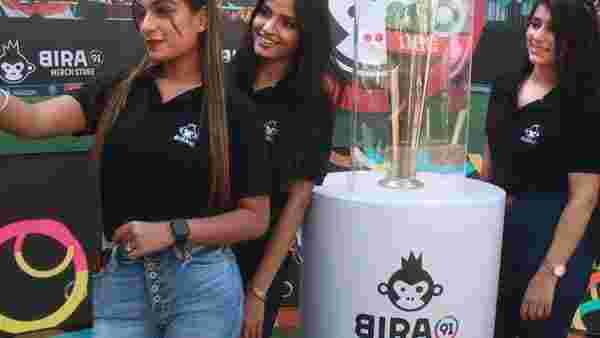 NEW DELHI : B9 Beverages, that sells beer under the Bira91 brand, will end this fiscal with a capacity of 2.2 million cases a month, up from 600,000 cases it was doing pre-covid.

Distribution has expanded too with the beer brand, backed by Sequoia Capital and Kirin Holdings, now reaching most states in the country. The push comes as the company capitaliwed on the switch to in-home drinking, pushing more cans in the market. Markets are also opening up with consumers returning to bars and liquor stores remaining functional.

Bira’s Ankur Jain said the brewer has added more breweries and deepened distribution. It will also add more small-batch flavours of beers in the market next year in response to consumers seeking a wider selection of alcoholic beverages. The move will also see the company doubling its volumes, that is number of cases sold by the end of the fiscal.

Two new breweries commissioned pre-pandemic will help the beer brand ramp up capacity in a market dominated by strong brews.

“We actually commissioned two new breweries just before covid hit—one in Andhra Pradesh and another in Karnataka. We launched a few new products and we opened up a lot more states," said Jain, chief executive officer and founder B9 Beverages.

India’s market for craft alcoholic beverages has seen a steady supply of new drinks and brews over the last few years as younger consumers seek variety and trade up to more premium spirits. Longer stay at home orders also spurred in-home consumption of alcohol giving consumers more choice as they visited liquor stores to buy sprits of their choice.

Meanwhile, the beer industry has braved a tough two years as the covid-19 waves hit during peak summer season both years. Beer volumes dropped 40% in the last fiscal as covid shuttered bars and restaurants. "Summer of FY22 was quite challenging too," said Jain, who started the brand in 2015.

But the company is on track to double volumes. In March 2020, when covid 19 hit, it had a capacity of 1.5 million per month. This fiscal, it will end up at 2.2 or 2.3 million cases a month. "The capacity ramp up has been an important driver for us to improve distribution, product availability and volumes in key states," Jain said.

He added that as consumers moved to drinking beer at home, can volumes more than compensated for the loss in bars and restaurants.

Besides, the brand is now available in almost 29 states in the country, he said. "Being able to open states in the Northeast and in South India has been quite important. Additionally, the launch of Bira Gold (strong beer)—which we launched in February has now become our highest selling premium beer; it’s exceeded Bira White, which was our top selling beverage in less than six months," he said.

Its distribution, meanwhile, will hit 35,568 stores by end of the current fiscal from 27,286 stores. It sells in 550 cities as against 350 before covid-19 hit. Uttar Pradesh is now the company’s largest market.

The company started selling mild craft beers in a market dominated by strong brews. It has since diversified into the mass beer market with the launch of Bira Boom and Gold. Bira Boom, launched in competition with Kingfisher Strong and Tuborg Strong, is the largest selling variant for the company currently.

Earlier this year, the company announced that Japanese beer maker Kirin Holdings will invest $30 million for a less than 10% stake in B9 Beverages.

News about the company’s stock market listing has also been around.

Jain, however, said the brewer will wait another 12-24 months before listing on the exchanges. “I've always maintained that that's the logical outcome for us as a business. We don't have a time and place defined; we will get there. I think there needs to be a reasonable requirement for us to list, so we don't see that happening in the next 12 to 24 months.," he added.

On new launches, Jain said “there’s a lot that we have bottled up for the next year".