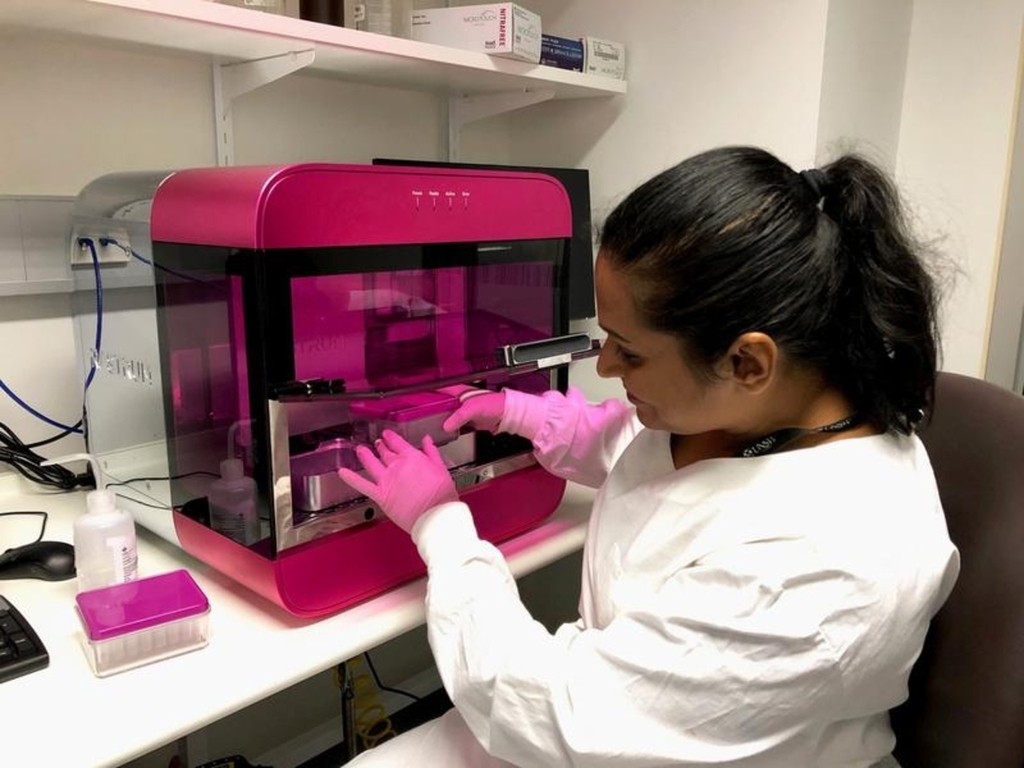 A 3D cell bioprinting system described as a game-changer for cancer research is among work honoured at Australia's leading science awards.

The research was one of 16 award winners recognised on Thursday night at the 2021 Australian Museum Eureka Prizes.

A team of scientists from University of NSW, Australian Centre for NanoMedicine, Children's Cancer Institute and Inventia Life Science was involved.

They developed a system that can rapidly produce 3D cell structures with unprecedented cell viability and tunability, something described as a game-changer for tumour modelling.

"The winners ... show us the impact that science has in every facet of our lives, and how Australia's scientists are producing extraordinary, world-leading results," Australian Museum Director and CEO, Kim McKay AO, said.

"It's also inspiring to see so many women among the prize winners. Ten of the 16 prizes feature female winners or women involved on the winning teams."

All three leadership awards went to female scientists, including the Australian Antarctic Division and University of Wollongong's Dr Dana M. Bergstrom, who has championed biodiversity, biosecurity and climate change research.

The NSW Bushfire Hub, a consortium of four groups, won a research and innovation award for their extensive study into the devastating Black Summer bushfires.

Their findings addressed knowledge gaps around droughts, fuel dynamics, and the social and environmental impacts of the fires, and helped set direction for future management.

A study by Australian National University; University of Queensland and Karungkarni Art and Culture Aboriginal Corporation was also recognised.

They brought together an Indigenous community member, linguist, mathematician and biologist to studying Gurindji, an Indigenous language of northern Australia.

They are developing new ways to understand the processes of language change and factors that help keep Indigenous languages strong and vibrant.

The Eureka Prizes have given out 451 awards and more than $4 million in prize money since being established in 1990.