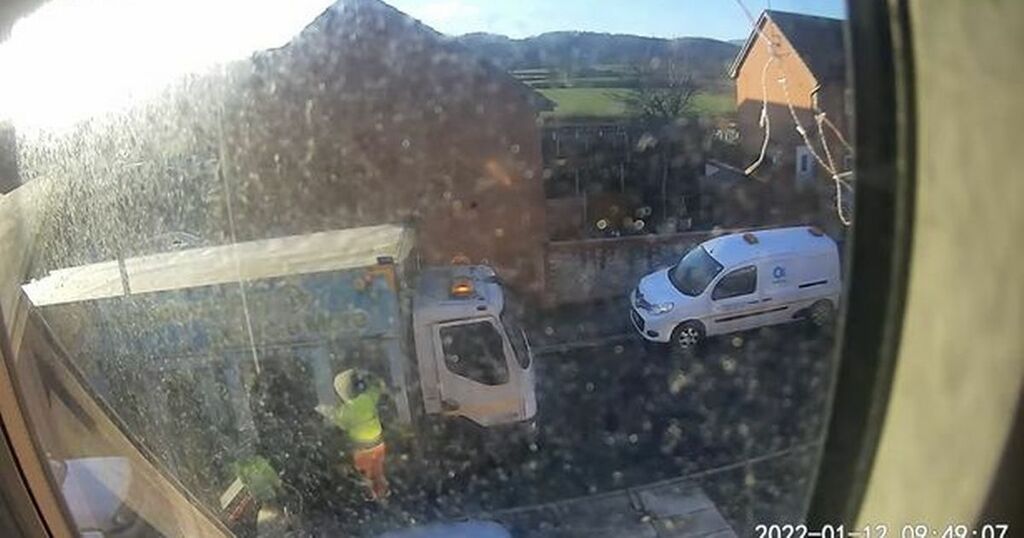 A bin man emptying the recycling bins in Penrhyn Bay in Conwy can be heard shouting "I've told you dirty bas***** before, I'm not emptying it" at a house after looking inside their blue bin on collection day, North Wales Live reports.

Shortly after, the bin man is heard again, shouting: "Empty your food bin, smelly' before heading down the street with the bin wagon."

A council spokesperson said they have been in touch with the resident to provide an update and apology.

Read More: 'I lost my dream job twice during the pandemic but now I'm an engineer and in the final of Miss Wales'

Jade Ashleigh caught the man mouthing off on her family’s CCTV system, which she has now sent to the council along with a formal complaint.

Speaking to North Wales Live Jade said: "This isn't the first time the bin men have been heard hurling abuse at residents.

"Normally I wouldn't check back on the CCTV but I checked it as my food bin and recycling trolley had been damaged so I wanted to see.

"I heard him shout that he had previously said he wasn't emptying the bins before, and called someone 'dirty bas*****' across the street, then go to his colleague and mutter something else.

"The CCTV camera was able to pick up some of it but we are unsure of who he was talking about as the person shouting is off camera.

"It was just over the contents of a bin and all he had to do was leave a note saying they couldn't empty the bin, but even at that - its a bin. I don't get what he is expecting to be in there.

"After muttering on to his work colleague he continued to walk along the pavement with truck and can be heard again shouting telling someone to Empty their food, before calling them 'smelly'."

She added: "Since posting the footage on facebook I have had several neighbours message me telling me this isn't the first time it's happened, and that it's about time they are reported for their behaviour.

"One resident has told me that one of the bin men called him a tw*t, followed by another saying the bin men always break their bins due to being heavy handed.

"No matter how bad of a day they are having, we still pay council tax so we should not have to deal with abusive language being shouted across the street.

"I complained to the council about this and they said they'd look into it, but they're not going to be able to tell me if they actually do anything."

In a comment, Conwy Council's Environment, Roads and Facilities Service said: “We received a call from a resident in Penrhyn Bay and logged her complaint, which is being looked into by the manager.

"Council staff are expected to carry out their duties in a professional and respectful manner. We have been in touch with the resident to provide an update and an apology.”