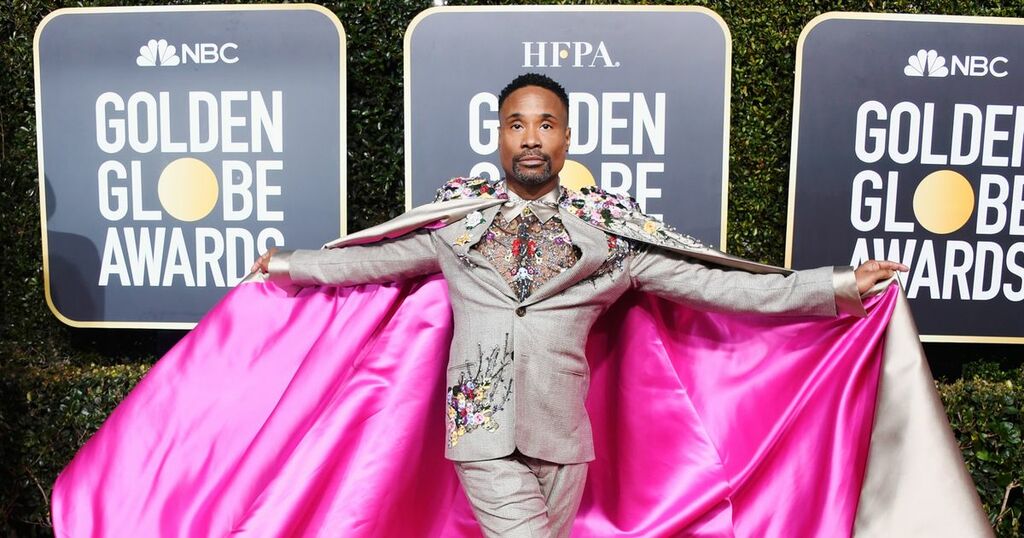 Billy Porter has admitted that he didn't feel joyful at a time in his career when many of his dreams were coming true, like receiving his first Golden Globe Award nomination.

The actor, 52, has enjoyed much success in film and TV in recent years, following stardom on Broadway - having won a Tony Award in 2013 for his role in stage musical Kinky Boots.

His credits include American Horror Story : Apocalypse and the remake of Cinderella (2021), though he's best known on screen for playing Pray Tell in the critically acclaimed Pose.

The performer portrayed the character in all three seasons of the FX drama, between 2018 and 2021, which centred on the ballroom scene of New York City in the 1980s and 1990s.

Porter received acclaim for the role - becoming the first openly-gay black man to be nominated and win in a lead acting category at the Primetime Emmy Awards in 2019.

He was also nominated for several Golden Globe Awards, though he recently admitted that even whilst achieving such heights in his career, he didn't actually feel "joyful."

The actor opened up about this on Instagram earlier this week, in a post marking the two year anniversary of Like a Boss' release - having starred in the comedy film in 2020.

Alongside a clip from the project, he said not only was it a "super cute film" but that the experience was "doubly special" as it was during filming that he received the news that he'd been nominated for his first Golden Globe Award.

He said that on December 6, 2018, his "stomach was in knots" whilst on set filming a scene, as he was waiting to hear whether he would be nominated for his role in Pose.

Porter said that in the late morning a producer announced that the actor had in fact received a nomination. He said that "everyone on set erupted into applause" over it.

"Tears streaked my cheeks. I was happy and yet, not quite joyful. I hadn't learned yet that not being able to feel joy is a trauma response," the Grammy Award winner revealed.

The actor said that he later realised this in "immersive" trauma therapy, with him explaining to his followers that such therapy had been "induced" by the Covid pandemic.

He further commented in the post: "All of my dreams seemed to be coming true in ways I could never dreamed of, and yet, something was still blocking my joy."

He teased that fans could read more about it in his memoir, Unprotected, which was released last year. It's understood that much of his post was an excerpt from the book.

The post comes after his former Pose co-star Michaela Jaé Rodriguez, 31, made history over the weekend by becoming the first transgender actress to win a Golden Globe.

She received the award for Best Actress in a TV Drama for her portrayal of Blanca Rodriguez-Evangelista in the FX series, which concluded with its third season last year.