Bill to set up commission for welfare of SC/STs tabled 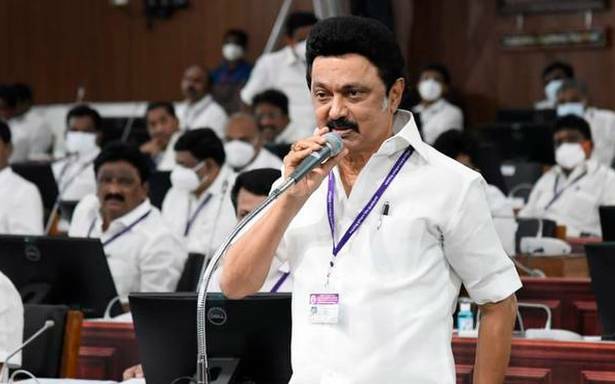 The Tamil Nadu State Commission for Scheduled Castes (SCs) and Scheduled Tribes (STs), set to be established by the DMK government, will have the powers of a civil court trying a suit under the Code of Civil Procedure, 1908. It will have a chairperson, a vice-chairperson and five other members.

The commission will inquire, suo moto or on a petition presented to it by a victim or any person on his/her behalf, into complaints of violation of any right provided under the Protection of Civil Rights Act, 1955, and the Scheduled Castes and Scheduled Tribes (Prevention of Atrocities) Act, 1989, as per a Bill tabled by Minister for Adi Dravidar Welfare N. Kayalvizhi Selvaraj in the Assembly on Thursday.

It will look into negligence in the prevention of such violations by a public servant, inquire into the issue and recommend the initiation of disciplinary action to the government if the official has been grossly negligent or indifferent while discharging his/her duties, with regard to the protection of the interests of people from the SCs and STs.

It can summon and enforce the attendance of any person and examine them under oath, require the discovery and production of any document, receive evidence on affidavits, and requisition any public record or copy thereof from a court or office, the Bill stated.

Of the five members, three will be from SCs and two from STs. One member should be a woman, the Bill read.

On Wednesday, Mr. Stalin had, in a suo motu statement, said a Bill for setting up such a panel would be tabled in the ongoing session.