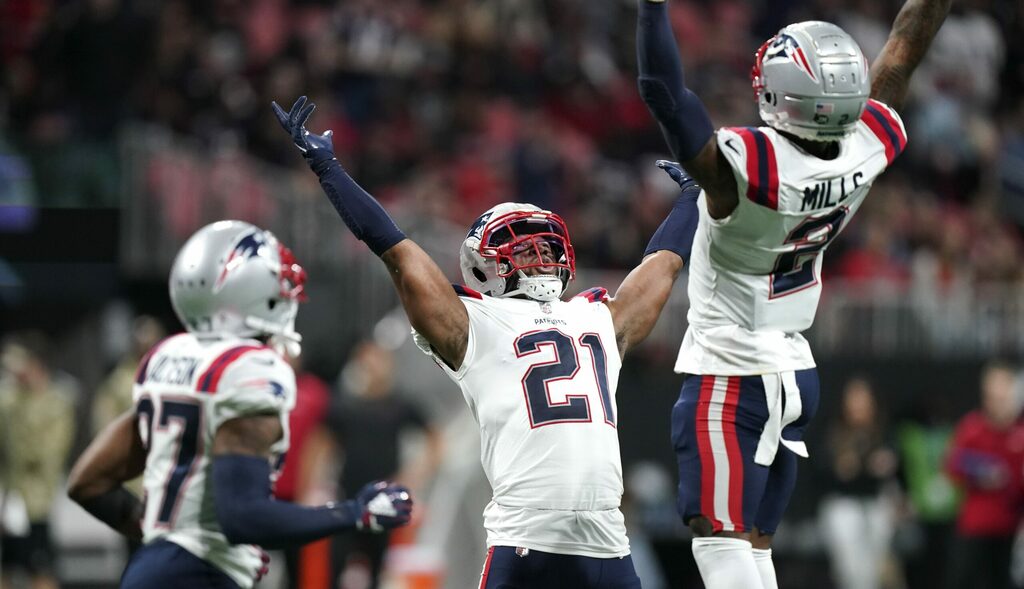 The New England Patriots brought in a sneaky good player with safety Adrian Phillips last season — but, it was hard for him to get recognition due to the lackluster team he was on.

Phillips, 29, played in all 16 games and finished the year with 109 tackles, along with five pass deflections and two interceptions. He’s picked up his game even more this season, as he has the third-most tackles on the team (52) and he has the second-most interceptions (4).

On Monday morning, Bill Belichick took some time out to discuss Phillips and his impact on the team.

“This is one of our best players and one of our most versatile players,” Belichick said, transcribed by NESN’s Zack Cox. “And he almost always does the right thing. When something comes up, maybe you haven’t covered it, maybe you haven’t exactly gone through that situation or that particular way of blocking — crack block or something has unfolded — he almost always does the right thing.”

Stuff happens, and he’s got a decision to make, it’s maybe a little gray, and he just does the right thing. He does what you would want him to do without really telling him exactly what to do in that situation. So all that’s impressive.”

Phillips’ best game this season came at the absolute right time. Against his former team in the Los Angeles Chargers, Phillips secured two interceptions — one returned for a touchdown. The Patriots won the game 27-24 and it was a huge turning point for a team that began 2-4 and couldn’t win close games.

“Adrian was very good around the line of scrimmage for the Chargers,” Belichick said. “In San Diego, he played in the box, he played on the edge of the defense. They played that style of defense where the safeties really played as linebackers in Coach (Gus) Bradley’s defense, and you could see his instinctiveness. But you go all the way to him at Texas and talking to his coaches back there; it was pretty much the same thing in college as it was in the NFL. Very instinctive, very high IQ, plays faster and bigger than whatever his dimensions and times are. He’s got a real high level of instinctiveness and anticipation.”

When it comes to his hands, he may be the second-best ballhawk behind J.C. Jackson in the secondary.

“He’s got excellent hands,” Belichick said. “You look at some of the interceptions he’s made for us in his career, those are really good catches that a lot of defensive players might not be able to make that turnover play. So all those things are positive, and then when he gets the opportunity to do it, he’s a good tackler. He’s got good ball awareness to cause fumbles and that kind of thing and intercept passes.”

Phillips, Kyle Dugger and Devin McCourty are key components of the secondary — Phillips just doesn’t get the recognition he deserves.