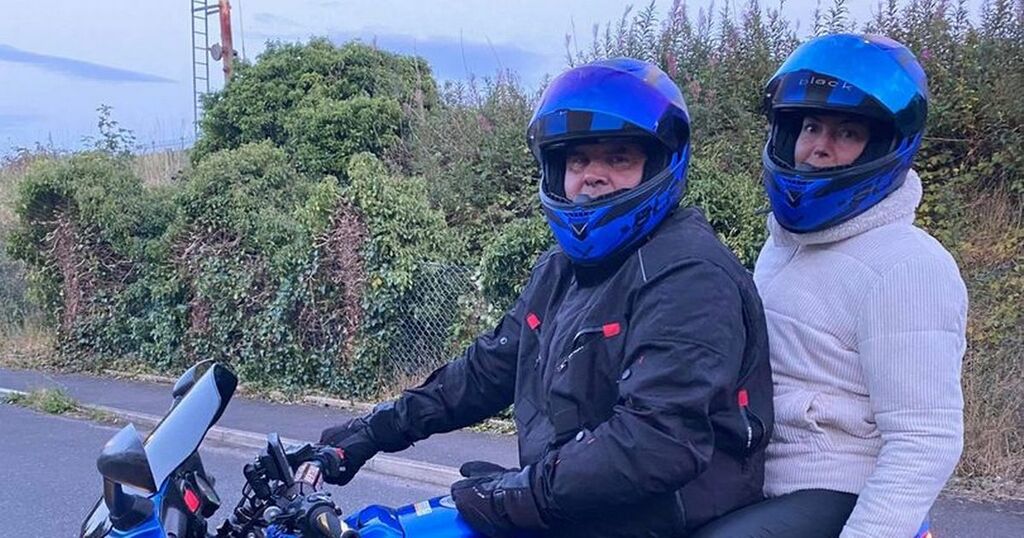 A biker tragically died in a road accident shortly after seeing his father for the first time in decades.

Paul Cowell, 56, was killed when his motorbike collided with a camper van in the Isle of Man on Monday, September 27.

The dad-of-two, and stepfather, was on the Man TT Mountain Course, a motorcycle road-racing circuit.

The road currently has no speed limit and is infamous for its drastic hairpin bends.

It is believed that Paul was blinded by the sun as he was coming uphill at Mountain Road Guthries, Lancs Live reports.

Motorbike lover Paul was born on the Isle of Man before settling in Fleetwood for a number of years as an HGV driver.

Paul's step-daughter Demi Ramshaw, 22, said: "It's an awful story. Paul had reunited with his dad who he hasn't seen for 35 years for the first time and then ten minutes later he sadly lost his life.

"He'd Facetime'd his two sons to meet their grandad for the first time and then he left to do one last lap to visit where his mum's ashes had been spread close to Mountain Road.

"Me and my partner Danny have just had a baby who is only 12 days old and he'd only got to meet him once. It's absolutely tragic. I think his partner Nicola is still in shock. She's travelled over to the Isle of Man to see him."

The family are now trying to get Paul home to Fleetwood to give him a proper send off which is proving expensive. The cheapest quote they have managed to get so far is £3,091 from Fleetwood-based JP Dell Funeral Directors.

A GoFundMe page has been set up to help raise funds to cover the costs of travel and funeral arrangements.

Demi added: "We've had some pretty big quotes from some funeral directors into the thousands however we think that this may be the cheapest one.

"We're currently at £2,570 and we have about 10-12 days before the body is released so any little helps. We're really grateful to everyone who has donated so far."

Paul leaves behind his two sons, Daniel, 32, Darren, 29, his step-daughter Demi, 22, his partner of 16 years Nicola Clark, 40, his 12 day-old grandson, Lake Reeve, and many family members and friends far and wide.